Highlights from the SSMU candidates’ debate

In case you missed The Daily’s liveblog, check out some key moments from the debate 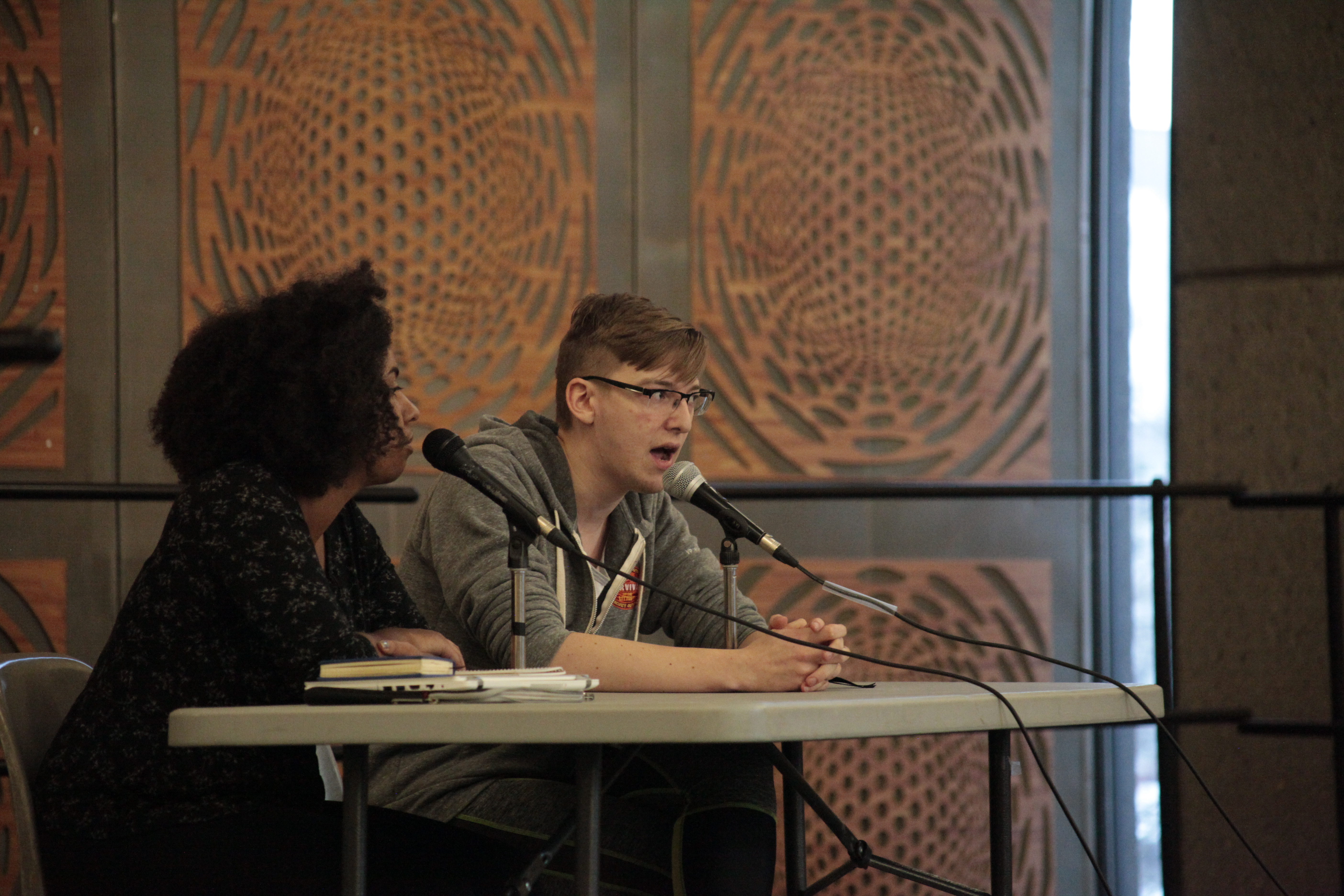 Asked “what do you see as advocacy priorities for SSMU in terms of improving McGill’s governance and how will you pursue those as president?,” Ogundeji replied that in her view, the central obstacle to better governance is insufficient student representation on the Board of Governors (BoG). Shannon agreed, adding that SSMU should try and forge alliances with faculty members in order to further its interests. Tojiboeva, meanwhile, stressed the importance of demonstrating that the President can collaborate with the administration. She added that her advocacy priority would be mental health.

A student asked the candidates how they would increase representation and engagement for racialized students, and what their qualifications were for doing so. Ogundeji, who is currently on the executive of the Black Students’ Network, replied that she planned to create a platform within Mental Health and Counselling to specifically address the issues unique to racialized students. She also noted that she has been working to create specific seats for racialized students on SSMU Council, “given the colonial and slave-holding history of the founder of McGill.”

Tojiboeva responded that she would be working closely with the SSMU Equity Commissioners, and that by increasing the independence of the Judicial Board she hopes to give racialized students a better platform to air their concerns. Shannon also said that racialized students should have better platforms to speak out about their experiences, but failed to suggest any concrete ideas to solve this. He added that, any time SSMU might be about to take a position on a contentious political issue, any communities involved should be given space to air their views.

“What do you see as the role of SSMU in the Montreal community and in the Quebec student movement?” Century answered that SSMU should be representing McGill students, and “participating more in developing any project that could help improve the life of students” both at McGill and across the province; he did not, however, point to any specific issues that should be prioritized. Spencer, for her part, agreed with Century that SSMU should represent McGill students through AVEQ, and said that the Society should particularly get involved in initiatives to fight the precarity experienced by students.

Asked to name “the greatest barriers to accessibility to the student experience,” Oke responded that the issue of overhead fees has been a significant obstacle for students with low socioeconomic status to succeed on campus. Dow focused his response on physical accessibility.

If elected, asked the current VP University Affairs, how would the candidates advocate for improvements to mental health on campus? Dow mentioned the Library Improvement Fund, and said that a priority would be to make study spaces more conducive to mental wellbeing. Oke, meanwhile, said that McGill’s Mental Health and Counselling Services need a better understanding of the issues which impact students’ mental health, adding that more accessible teaching practices in McGill classrooms would reduce stress, thereby reducing the burden on these services.

Asked how she would “improve health and wellbeing in frosh and orientation events,” Koparkar replied that she would be working with departmental associations on this, but that this could include providing a wider range of food options, and/or instituting a yoga period.

Asked how, if elected, she will manage money better than the current VP finance, Khan said that she would be looking at other student associations across Canada to see how they fund overheads and services. She will also prioritize making SSMU more financially sustainable.

Asked how she plans to improve the financial viability of Sadie’s, the student-run cafeteria in the Shatner building, Mallik replied that in addition to continuing current the VP Operations’ efforts with regard to branding and advertizing, she would also work with the staff to improve and better utilize institutional memory.

Asked how he would provide emotional support, and manage conflict within the executive team, Earle explained that, particularly as a floorfellow, he has had significant experience in these areas, and feels confident in his ability to be a supportive member of the team.