The government is watching us…

…and our school doesn’t care about our safety 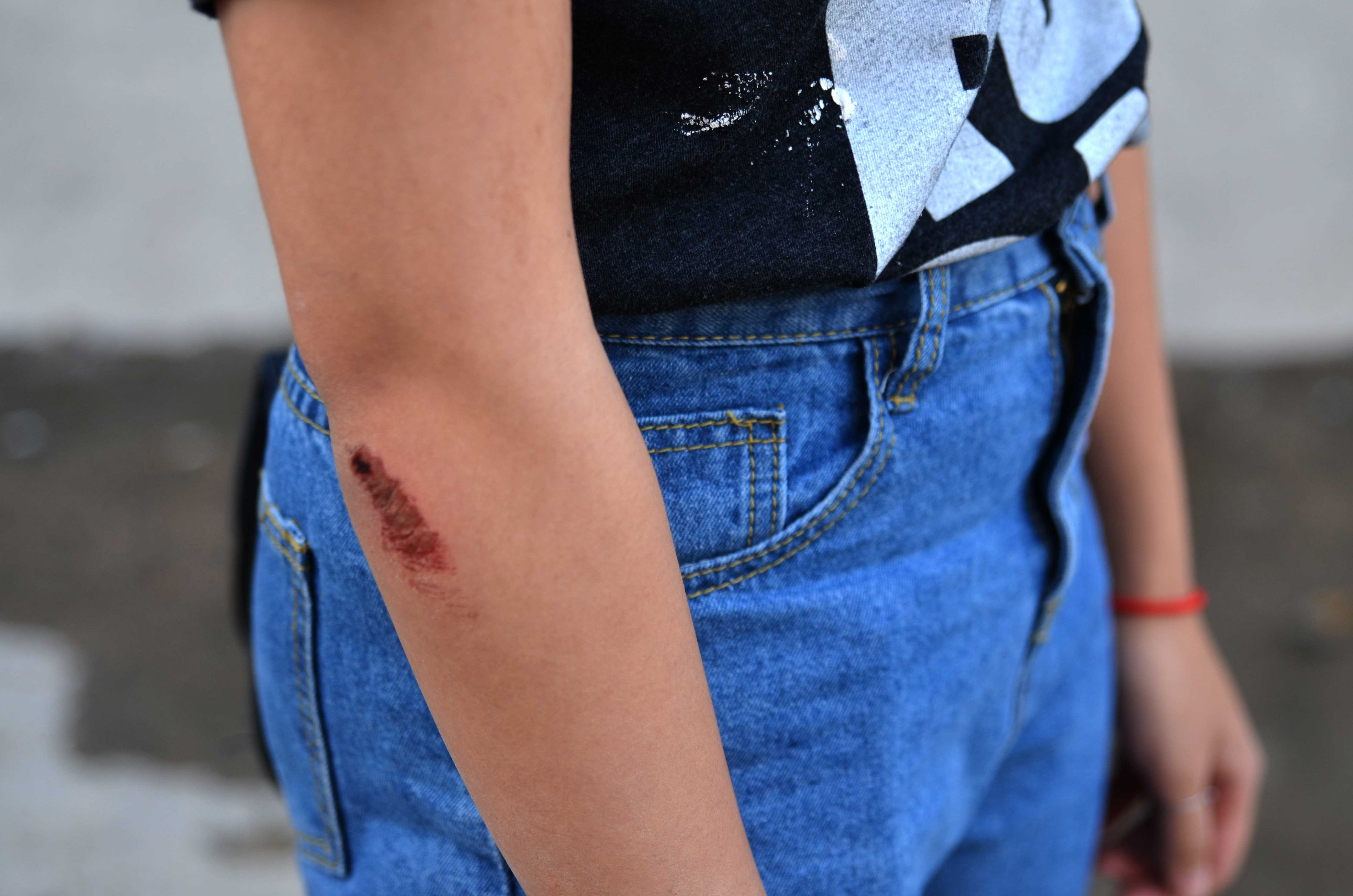 Usually, when I have an experience as miserable as the one I had Wednesday night, I send an angry email. The event that has me angered was ‘free,’ which I presumed would only cost my time and comfort — but I was mistaken. I was also required to compensate unwarranted emotional labour, not to mention that Media@McGill will most likely not refund me for the bottle of wine that I felt compelled to buy afterwards. I am not writing about the content of Edward Snowden’s presentation. If you’re interested in that (and it certainly is interesting), read The Montreal Gazette or Motherboard’s coverage of the event. I’m writing about the experience that I had in ‘line’ to see Snowden.

At 5 p.m., two hours before the scheduled start of the event, there were enough students to fill the seats of McGill’s largest lecture hall two times over. A sign outside the auditorium doors read: “The official lineup will start here at 5:30.” At 5:20 p.m., these students – some of whom had already been waiting for hours – were informed that the official line was moving outdoors. At this point, over a thousand angry students ran to be among the first six hundred students in a line they thought they were already in. By 5:45 lineup extended from the entrance of Leacock building all the way to the Trottier Building – according to Google Maps, it would take six minutes to walk the 450 meters from the beginning of the line to the end, over an hour before the event was scheduled to commence.

Between the time that this line had formed, and the time that the doors finally opened, any semblance of structure had disappeared. Before the line had devolved to this point, someone (presumably an organizer) did a cursory headcount of the line – I was within fifty metres of the Leacock doors and around the hundred person mark. I didn’t get into one of the six hundred seats of the lecture hall. The fifty person wide ‘line’ that I was a part of was similar to mosh pit: people were shoulder to shoulder and it reeked of body odour. This mob was fueled by entitlement and testosterone as opposed to drugs and alcohol. When the doors abruptly opened at a quarter after seven, a stampede ensued.

Who, through all of this chaos, ultimately secured a seat in Leacock 132? They were the people who cheated their way in – waited on the second floor of Leacock and sprinted downstairs when the doors opened, bypassing those who had been waiting outside. They were those who pushed their way in, without regard for other people’s safety and personal space. At one point, my friend and I used our arms to physically block men from trampling three girls just outside the door. Maybe if I had ignored their plight and pushed through, I would’ve been among the six hundred ‘lucky’ students to sit in Leacock 132. But probably not, because getting a seat in Leacock wasn’t about luck – it wasn’t just about the willingness to push – it was about physical stature. Ultimately, I didn’t get a seat because I was empathetic and because I was smaller than other people in line. If you watch the video, you will see – most of the students in the lecture hall were men.

Many people were blaming the AMUSE picket line for holding up the event – I won’t go into that. I’ll just point out that many of the same people chanting “fuck your strike” successfully got into Leacock 132 and applauded Snowden for legitimizing AMUSE twenty minutes later, which I find absolutely disgusting.

In the end, I can’t even be mad at my peers for abusing the system, because there was no system to abuse. As soon as the Facebook event went up, over a month in advance, it was clear that the interest in the talk far surpassed the capacity of the venue. At the time of the event, the combined number of people ‘interested’ and ‘going’ to the event on Facebook was approximately 22,000. Prior to the event, Media@McGill insisted the event couldn’t be livestreamed due to contractual restrictions.

At 6:52 p.m., Media@McGill announced that the event would be livestreamed on the event page. Why did this happen eight minutes before the scheduled start of the event? At this point in time, everybody in line had thoughts along the same vein – I wouldn’t have waited for this long and endured this mayhem I had I known that it would have been livestreamed, but I’m already in this mob, so fuck it, I guess I’ll try to get in. Livestreaming did nothing to appease the thousands of people waiting outside an empty lecture hall, but it did make Snowden’s talk accessible to people who couldn’t be physically present at the event. Accessibility wasn’t incorporated into the structure of the event; the accessibility that was afforded by the livestream wasn’t even an afterthought, it was a side effect.

The likelihood that an able-bodied person would break their leg and acquire a short term disability far surpassed the likelihood that a person with a physical disability would’ve successfully navigated the mob. It was incredibly unsafe and inaccessible – I asked myself, how can the security at an event with such a high-profile speaker be so poor? When Ban Ki Moon came to McGill this past February, the security was extensive. Moon was safe, and consequently, students were too. And then it hit me – because Snowden wasn’t physically at McGill, Media@McGill was not liable for his safety, and the safety of the students suffered as a result.

I fully acknowledge the fact that security is expensive. So is booking space. I can say “you should’ve hired more security,” or “you should’ve gotten more room” but neither would be effective critiques, especially without knowledge of the event budget. I would like to point out some realistic ways in which this event could have been more controlled and accessible:

Mark the boundaries of the line with rope, chalk, or pylons. Have security people monitor the boundary, to ensure that people are not cutting in line.

Hand out tickets to the first six hundred people in line. A lot of the trouble stemmed from the fact that people felt entitled to a seat after waiting in line for so long.

Require interested parties to register online via Eventbrite, Tilt, or even Minerva. Set a deadline and cap the registration at the number of available seats.

Set up a livestream on the McGill network.

Raise money to increase the number of seats. I can think of many clubs at McGill that would be interested in supporting a Snowden talk. It could’ve even been crowdfunded – so that those passionate about hearing Snowden speak and privileged enough to have the funds to support the event could donate to help mitigate the cost of booking more space. McGill has numerous large lecture halls, and (as we saw during our first 15 minutes with Snowden) multiple parties can join a Google Hangout. The hangout could have occurred across several lecture halls, not just Leacock 132, so that more students would’ve felt connected to Snowden.

Any one of the above suggestions would’ve made a massive difference in the proceedings of the event, and my Snowden experience wouldn’t with bitterness, resentment, and body odour.