Climate change on the grid

A communal approach to our electricity needs 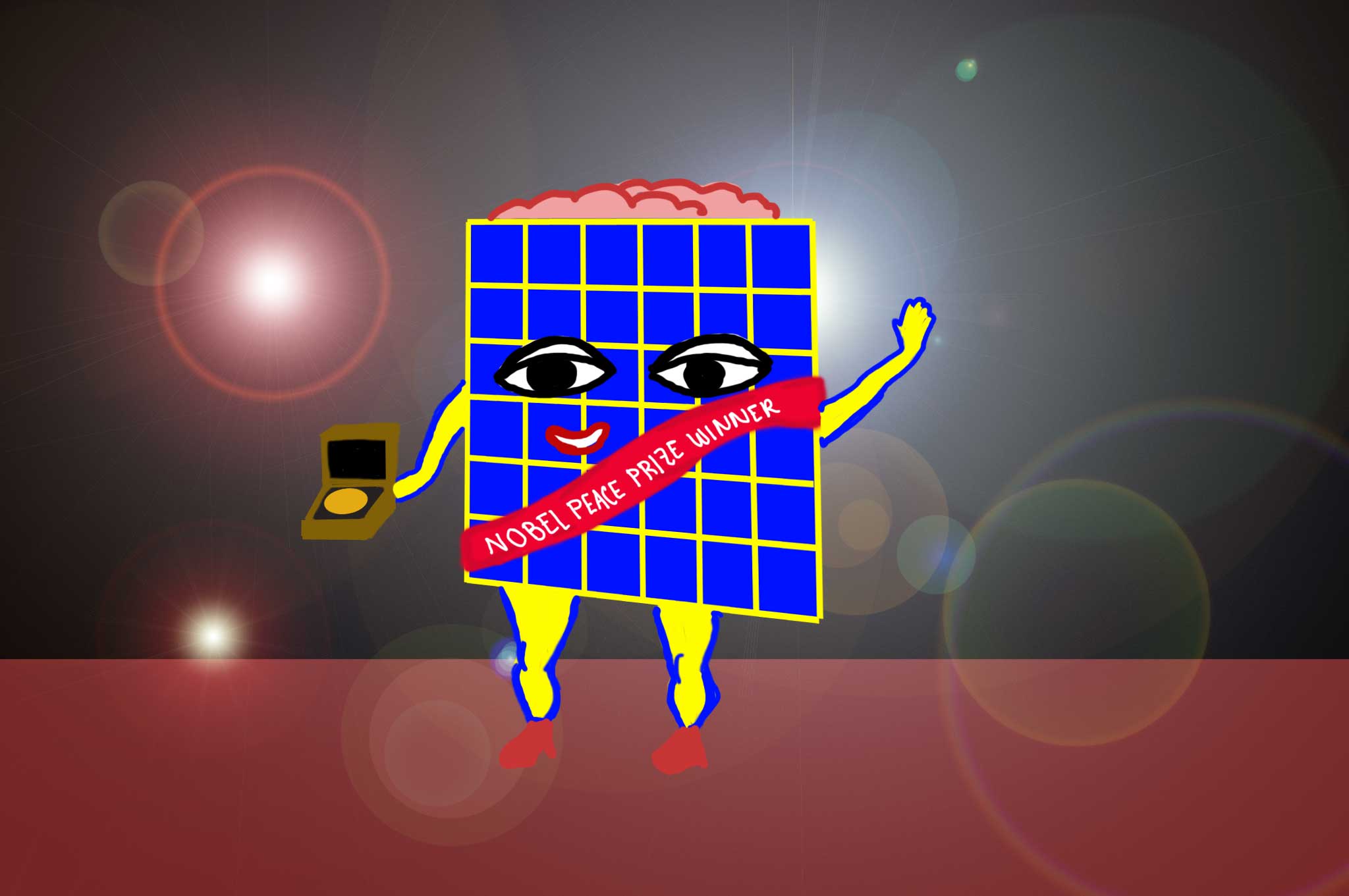 There is no question that one of the greatest challenges of this generation is solving problems associated with global warming. Periods of increased atmospheric temperature have occurred naturally over the course of the Earth’s history, but the most recent spike, although still controversial in the public sphere, is believed to be caused by human activity. Certain gases trap solar radiation in the atmosphere and redirect it back towards the Earth’s surface. It just so happens that our way of life since the Industrial Revolution has relied on forms of energy which create these types of gases as byproducts.

Micheal Mann, a leading figure in the Intergovernmental Panel on Climate Change, suggested earlier this year that a global warming of 2°C could be reached as soon as 2036. The expectation is that, as this threshold is surpassed, Earth’s climate destabilizes to a point where phenomena such as tsunamis, cyclones and other extreme weather events, as well as rising sea levels from melting glaciers become a threat to human life.

The smart grid lays the foundation for emerging technologies to develop symbiotically and make the most of each other’s potential. In the new world of the smart grid, no longer does the electricity flow in a single direction. Instead, the energy exchange is bidirectional, which means, for instance, that homeowners with rooftop solar panels can sell power back to utilities companies during periods of peak demand and help flatten out energy demand in general. While the pricing scheme could be different depending on the utilities company, the idea of having this extra revenue stream will surely be an incentive for sustainable energy technologies to be installed in unexpected places.

A little know fact is the part played by electricity production on greenhouse gas emissions. According to the American Environmental Protection Agency, electricity alone contributed to nearly a third of emissions in the U.S. in 2014. This is a higher figure than that of transportation or industrial energy use.

Technologies such as solar cells and electrical transportation offer great potential for the future, but an important piece of the puzzle – the infrastructure that supports these innovations – often gets lost in the conversation: the electrical grid. It is the network that connects electricity suppliers to consumers, and without it, it is unimaginable that we could power our electronic devices, light our homes, and distribute energy to our industries all at once.

The grid is involved in so many aspects of our lives, yet it rarely enters our consciousness. With world energy consumption predicted to increase by at least 50% within the next twenty five years, the modernization of this network is inevitable if we are to meet the needs and aspirations of the 21st century.

A traditional grid begins at the power plant station, located close to an energy source such as a dam, a coal bed or a windmill. When electrical power enters the transmission network, it can travel along large distances at high voltages via overhead power lines. These lines are typically suspended on towers and in an aerial view; they stand out as wire lines through forests and fields.

A substation receives its power from the transmission network, and a transformer steps the power down to a lower voltage. At this point, electricity is circulating through the distribution network. With the exception of customers requiring large amounts of power, the voltage is then lowered again to the “utilization” voltage of home appliances. The reason the voltage is downsized is mainly economical: the average consumer, in contrast to his industrial counterpart, simply does not require large amounts of power to fulfill his energy needs.

The golden rule of the grid is that the demand for electricity at a given time must never surpass its production, or else a power outage ensues. When the grid is at peak demand – when power consumption is at a substantially higher level than the average supply level – additional electricity must be generated. The Ontario Energy Board (the OEB) states that 11 a.m. to 5 p.m. is the on-peak time range on weekdays because it coincides with business hours. During the winter, the demand shifts to mornings (7 to 11 a.m.) and evenings (5 to 7 p.m.) for heating needs.

The additional power is usually provided by ‘peakers’ – power stations that are only active at these moments, and produce electricity more rapidly. The catch is that these emergency stations do not operate as efficiently, and impart a higher price per kilowatt hour onto the consumer’s bill. Efficient power plants are expensive to design, and since ‘peakers’ are only active occasionally, they are built cheaply and less efficiently.

The integration and distribution of new sources of power such as the sun and the wind help address this conundrum of varying demand. However, most forms of renewable energy are intermittent, forcing us to rethink the electrical grid in ways that optimize the functionality of renewables. Moreover, the fact remains that the power generation efficiency – how well raw energy is converted into electricity – of some clean energy technologies has yet to surpass traditional modes of production. Oil fired plants and gas turbines can, on average, yield 10-20 % more output than devices such as solar cells or wind turbines.

Micheal Mann, a leading figure in the Intergovernmental Panel on Climate Change, suggested earlier this year that a global warming of 2°C could be reached as soon as 2036.

The pace of development in information and communication technologies (ICTs) has been a profound force in reshaping the grid’s network and its connectedness. Our use of ICTs is providing us with an unprecedented understanding of energy consumption patterns. Demand response programs are already in place for industrial activity, but with the advent of smart meters and smart appliance that can precisely record energy consumption patterns, and affordable sensors that can monitor the condition of electrical equipment, a transformation is now occurring in residential sectors. To illustrate this, think of your neighbourhood. Sensors could be collecting energy consumption data throughout the area, enabling real-time pricing – meaning that the price would continuously adjust to the demand for energy, rather than following a common two or three tier pricing scheme. Consumers could automatically have some of their electricity usage diverted to ‘off-peak’ hours by having their dishwasher and their laundry machine programmed to run at such times.

The Italian utilities Enel was arguably the first to implement smart grid technology in 2005. Since then, several other initiatives have followed. Southern California Edison’s “Irvine Smart Grid Demonstration” has undertaken “volt/VAR control using distributed energy resources (DER), coordinated operations of several DERs to manage circuit loading and advanced distribution circuit reconfiguration”, in effect improving demand response. The project was leveraged at 790 million dollars in 2013, according to the OEB. Another example is the Electrical Power Board of Chattanooga, Tennessee, which found that “the outages were cut by at least half due to smart grid investments […] saving local businesses and homeowners at least $35 million a year”. Ontario’s Hydro One laid out its own smart grid vision in 2010 and has been referring back to this success story.

Challenges still lay as we modernize our grid. Among these is our capacity to store energy. Improved storage is important both in overcoming the intermittence of renewable energy harvesting and in increasing the operating efficiency of power production from non-renewable sources. Electricity generated by renewables is less attractive to consumers if its access is limited by large periods of inactivity. The progresses of battery technology and of hydrogen fuel cells represent strides in the right direction. Dr. Lucia Gauchia, from Michigan Technological University, states in the Institute of Electrical and Electronics Engineers Smart Grid Newsletter that “the flexibility of energy storage in supporting renewable energy, avoiding curtailment by storing energy and using it later for peak shaving, among other capabilities, give consumers the combination of increased energy resiliency, efficiency and economic benefit”.

As our electrical grid continues to evolve, we should expect more parties to be involved in power generation and distribution. This may have the effect of decentralizing the grid away from central power stations such as the ‘peakers,’ and relying more on local power generators. Finally, remember how frequently “our” or “we” appears in this topic: smartening the grid is a societal project that has the potential to connect people, technology and nature together in a significant way. While the ‘clean technology’ industry continues to grow in Canada and elsewhere, the government could play a pivotal role in accelerating its development by investing in grid modernization and creating programs that incentivize consumers to make the switch to green energy.