Homa Hoodfar’s unjust imprisonment is a detriment to Iranian identity 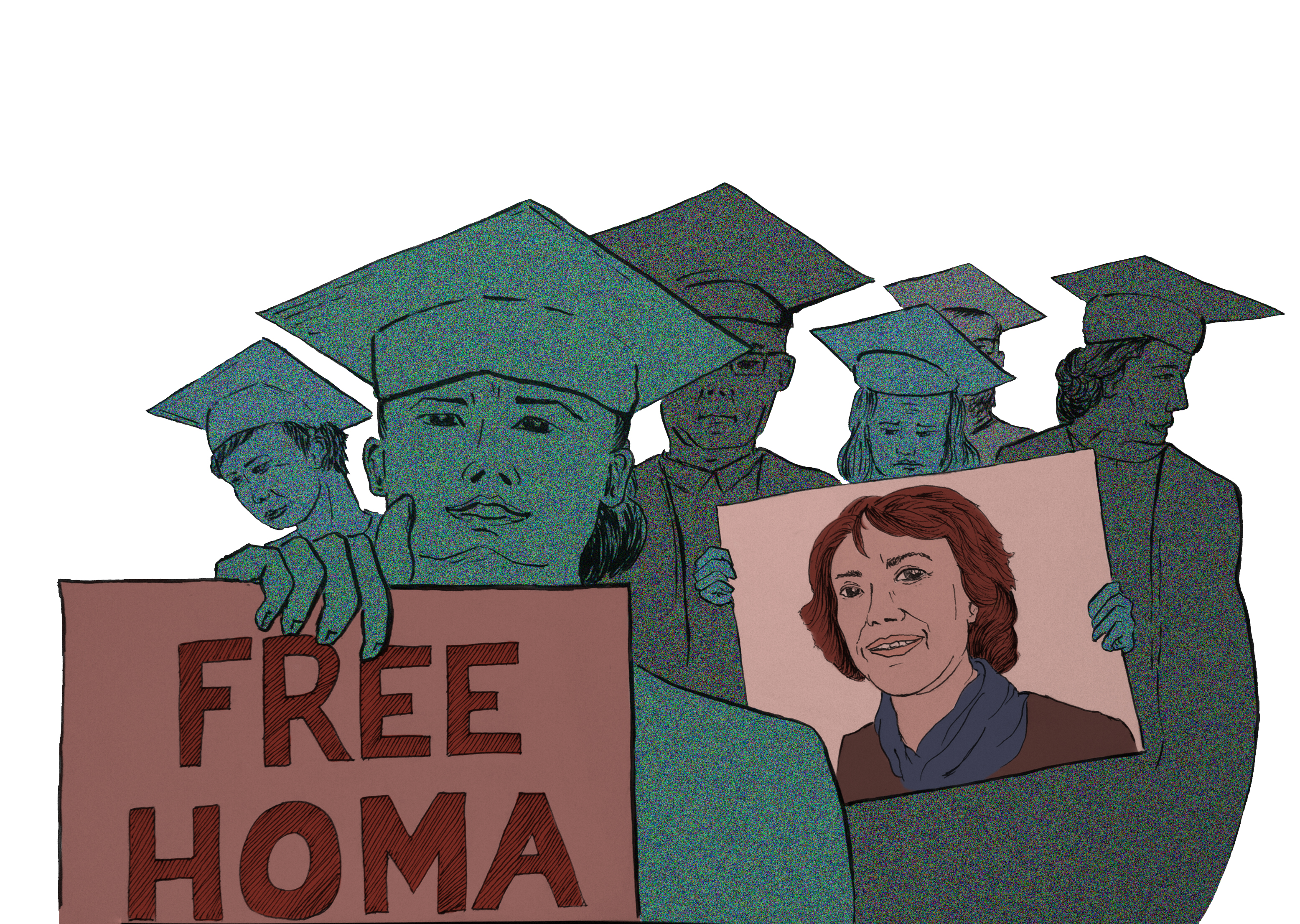 After returning to Iran for familial and research matters earlier this year, Homa Hoodfar, a Concordia University professor in the department of sociology & anthropology, was denied permission to leave the country and was subsequently detained in Tehran’s Evin Prison as of June 6 of this year. She has been refused access to legal support and to her family by the government and prison authorities. In addition, Hoodfar suffers from a serious and rare neurological condition known as myasthenia gravis, a condition that requires frequent care and access to medication. She has been held in isolation for more than 100 days now, over which her physical and mental health has deteriorated to the point where her life is being actively threatened.  The process through which Hoodfar has been indicted and imprisoned has been, to put it lightly, a gross miscarriage of justice and a violation of several fundamental human rights.

It’s important to consider that Hoodfar’s role in the Canadian context transgresses the boundaries of the university classroom – she is not only a world-renowned academic, but she is of Iranian heritage and has worked consistently to act as a role-model for the next generation of Iranians. In response to her imprisonment, thousands of people across the world have petitioned the Iranian government for her release.

Access to a lawyer should be a fundamental element of Iran’s due process, which is currently based on a narrow conceptualisation of Islam that is rooted more in a political agenda than a religious one. The government has brazenly been using this version of Islam as an excuse to carry out mass executions as a warning sign to the public to never retaliate against them. Hoodfar’s detainment now more than ever continues to weaken the identities of second and third-generation North American Iranians, because they have now lost the sense of belonging they find in her and her work, which the Iranian state has been unable to provide them.

Nearly a month after her arrest, Tehran’s Public Prosecutor asserted that the reasons behind Hoodfar’s detainment were partially because she was caught “dabbling with feminism and security matters.” Yet, Hoodfar’s publications have never crossed the lines of academia to enter the world of political activism. Her research has been singularly analytical and scholarly. It also, in fact, pushes away from the traditionally ‘Western’ values that Iran has considered a threat for the past several decades. Hoodfar encourages Muslim women to centre themselves in their own narrative, instead of having it dictated by white Western feminists who constantly claim that Muslim women are inherently oppressed.

One can be a feminist and uphold feminist beliefs, but no feminist has the right to speak on behalf of every woman. The fact is that every woman’s circumstance is nuanced, continuously evolving a intersecting at the crossroads of race, gender, sexuality, religion, mental/physical abilities, et cetera. Feminism has formed a pathway for Western scholars and activists to think they have the responsibility to speak on behalf of all women. Hoodfar’s voice is one needed to provide the truths North American feminist academics can not speak on behalf of.

Earlier on this year, I came across Homa Hoodfar’s publications when writing my paper on second-generation Muslim-Canadian women who face the continuous struggle of juggling their a lifestyle that involves multiple cultures, one Muslim-Iranian and the other Canadian. Naturally, I had to come across the topic of the hijab, and this is where I found Hoodfar’s work to be refreshingly nuanced. She rejects the reductionist Western feminist mentality by providing the simple point that the veil is used as a “marker of identity” for diasporic Muslim communities. She takes a neutral stance, writing, “The controversies surrounding the veil and the sometimes hostile attitude toward veiling and veiled women, combined with the insistence of the Diaspora Muslim community in presenting the veil as an Islamic symbol of Muslim identity, have given birth to a political battle where few combatants or onlookers have bothered to re-examine their assumptions about the veil or its implications for the women who wear it.”

The allegations held against Hoodfar are based on gross exaggerations, and sadly, are excuses that ironically are working to perpetuate a prexisting divide between Iran and the West. What is even more unfortunate is that Iran is blind to the fact that within this category they call West, there are millions of lives, like my own, who are dual nationals and are watching our Iranian identity be suppressed by arbitrary arrests like Hoodfar’s. She is a role-model, by the virtue of her experiences as an Iranian, just as many others are to those who share their identity. She  provides a voice to many others, like myself, who don’t want to choose a category in which we have to represent ourselves, we want to live a hybridized life, where I can be Iranian with my family and Canadian with my friends but also allow for these two worlds to connect. How many times have past Iranian leaders reprimanded the West for our societal norms when in fact, it is the voices of second generation Iranian-Americans and Canadians these messages harm most? We deserve the right to a freely lived life where we can be both Canadian/American and Iranian, thus appreciating the good from both worlds and to educating others about the mistakes of both worlds. Our identities are fluid, we are all constantly changing, as are our discourses.

After over three months in prison, we have two options on how to view Homa Hoodfar’s current situation –the former being that we can choose to look at Evin Prison as the death chamber that killed dual nationals like Zahra Kazemi, or, the latter, the death chamber that bread heroes such as Marina Nemat, who to this day continues to be a human rights activist for dual nationals. While the Canadian government currently faces restrictions on this case, having no diplomatic relations with Iran, I write in hopes that the Irish government, of which Hoodfar is also a national, sheds greater light on her case and does everything within the limits of Iranian-Canadian political relations to set her free as soon as possible. Perhaps I will someday have the opportunity to meet a free Homa Hoodfar and thank her for not only her scholarly contributions, but for making me feel more proud than ever to be an Iranian woman.