The new planet on the block

New discovery could change how we see our solar system 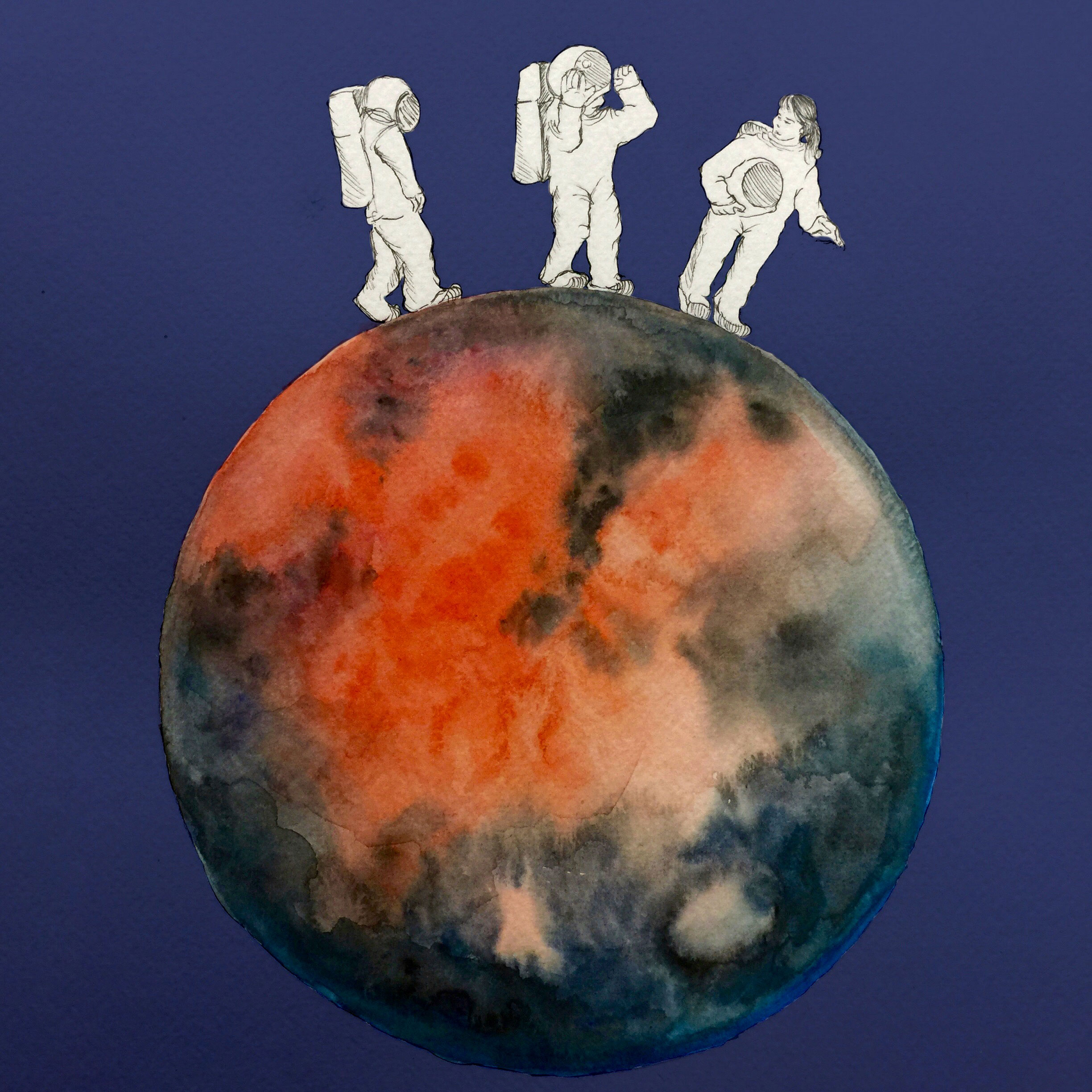 Scientists at California Institute of Technology (Caltech) have found evidence suggesting a ninth planet is lurking on the distant edges of our solar system. Ten times as massive as the Earth and nearly the size of Neptune, this planet would take 15,000 years to complete one full orbit of the sun. The founding researchers, Konstantin Batygin and Mike Brown, were first alerted to the possibility of this planet’s existence when they observed the unexpected clustering of six objects in the Kuiper belt that orbit beyond Neptune. According to the scientists, it’s highly unlikely that this grouping occurred by chance, indicating the presence of a body with a large gravitational field that has the potential to herd other objects into this orbital formation.

From Pluto to Planet Nine

This gas giant, nicknamed Planet Nine by the scientists, isn’t the first discovery of Brown’s to make headlines. In 2005, Brown found Eris orbiting beyond Neptune, an object more massive than Pluto. Surrounded by many icy objects similar to itself in size and orbit, Pluto had been in question since the early 1990s. Many advocated that the distant entity and its neighbours should have their own classification, separate from planets. Brown’s discovery was the final straw to ending Pluto’s planetary status, sparking the International Astronomical Union (IAU) to reclassify Pluto as a dwarf planet in 2006, alongside Eris and other objects beyond Neptune, such as Haumea. Brown’s book, How I Killed Pluto and Why It Had It Coming, details the events leading up to Pluto’s reclassification.

Now, ten years after Pluto was dethroned, another planet has captured the world’s attention, and again, Brown is at the centre of the hype. The six similarly positioned objects in the Kuiper Belt that led Brown and Batygin to Planet Nine were first brought to Brown’s attention in a paper by his former post doctorate student, Chad Trujillo, and his colleague, Scott Sheppard. These objects were six of 13 periphery objects studied by Trujillo and Sheppard. The paper examined the shared orbital features of the 13 objects, suggesting a small planet could be responsible. Brown’s curiosity was piqued.

Brown and Batygin worked on the problem for a year and a half and eventually found that six of the most distant objects studied had orbits moving in the same direction in space and tilted in the same way – an arrangement that is highly unlikely to occur by chance, according to the researchers. Simulation experiments also revealed a large planet could be the cause of such movements, and rendered a likely size and orbit of the hypothetical entity. Scientists estimate that this planet could be around 10 times the mass of the Earth with an anti-aligned orbit, which the researchers explain is “an orbit in which the planet’s closest approach to the sun, or perihelion, is 180 degrees across from the perihelion of all the other objects and known planets.”

Simulations of Planet Nine’s hypothetical existence also predicts a second grouping of planets, orbiting perpendicular to the plane of the eight established planets of the solar system and at 90 degree angles to Planet Nine. As it so happens, five such planets with similar orbits to Planet Nine’s predicted orbit have been observed since 2002. “Not only are [the planets] there, but they are in exactly the places we predicted,” said Brown in his interview with Science. “That is when I realized that this is not just an interesting and good idea – this is actually real.”

Planet Nine’s hypothetical existence could also explain a second grouping of planets, orbiting perpendicular to the plane of the eight established planets of the solar system and at 90 degree angles to Planet Nine. Five such planets with similar orbits to Planet Nine’s predicted orbit have been observed since 2002. “Not only are [the planets] there, but they are in exactly the places we predicted,” said Brown in his interview with Science. “That is when I realized that this is not just an interesting and good idea – this is actually real.”

Not all scientists are as certain as Brown and Batygin, though. Dave Jewitt, a professor of astronomy at UCLA, worries that the measurements are simply too crude to say for sure that such a planet exists. Jim Green, NASA’s director of planetary science, has warned that it’s “too early to say with certainty there’s a so-called Planet X out there,” and that the finding is in it’s early stages as of yet. Another source of skepticism are the results of NASA’s Widefield Infrared Survey Explorer (WISE), a 2013 survey which scanned the sky for brown dwarfs – the scans would have detected giant planets that were orbiting our solar system. However, Planet Nine, which may be smaller than Neptune, could have been missed due to its size.

If this hypothetical planet does exist, then other questions arise – where did it come from, and how did it get to the far reaches of the solar system? Planets don’t usually form as far from the sun as Planet Nine is predicted to be, and if they did, they wouldn’t reach the gargantuan size this unseen planet is believed to be. One possibility is that Planet Nine formed close to the sun, alongside the other gas giants, and was eventually knocked out of its original orbit like a billiard ball by a rogue object or a gravitational push.

Within our own solar system, Planet Nine’s orbit is considered unusual, but its behaviour is quite common in the context of the rest of the universe. Sun-like stars are known to be orbited at a variety of distances, and given the fairly clustered orbits of our current eight planets, our solar system could be considered the oddball – that is, unusually huddled together in comparison to others. Additionally, our system is void of the most common type of planet – those between one and ten times the mass of the Earth. Planet Nine could actually normalize our solar system.

Using the Japanese-owned Subaru Telescope in Hawaii, Brown and Batygin are currently scanning the sky for Planet Nine. Brown says it could take five years to completely search the regions of interest. If they do find their planet, it will be quite a career twist for the self-proclaimed Pluto-killer. Before long, we could have nine planets again.