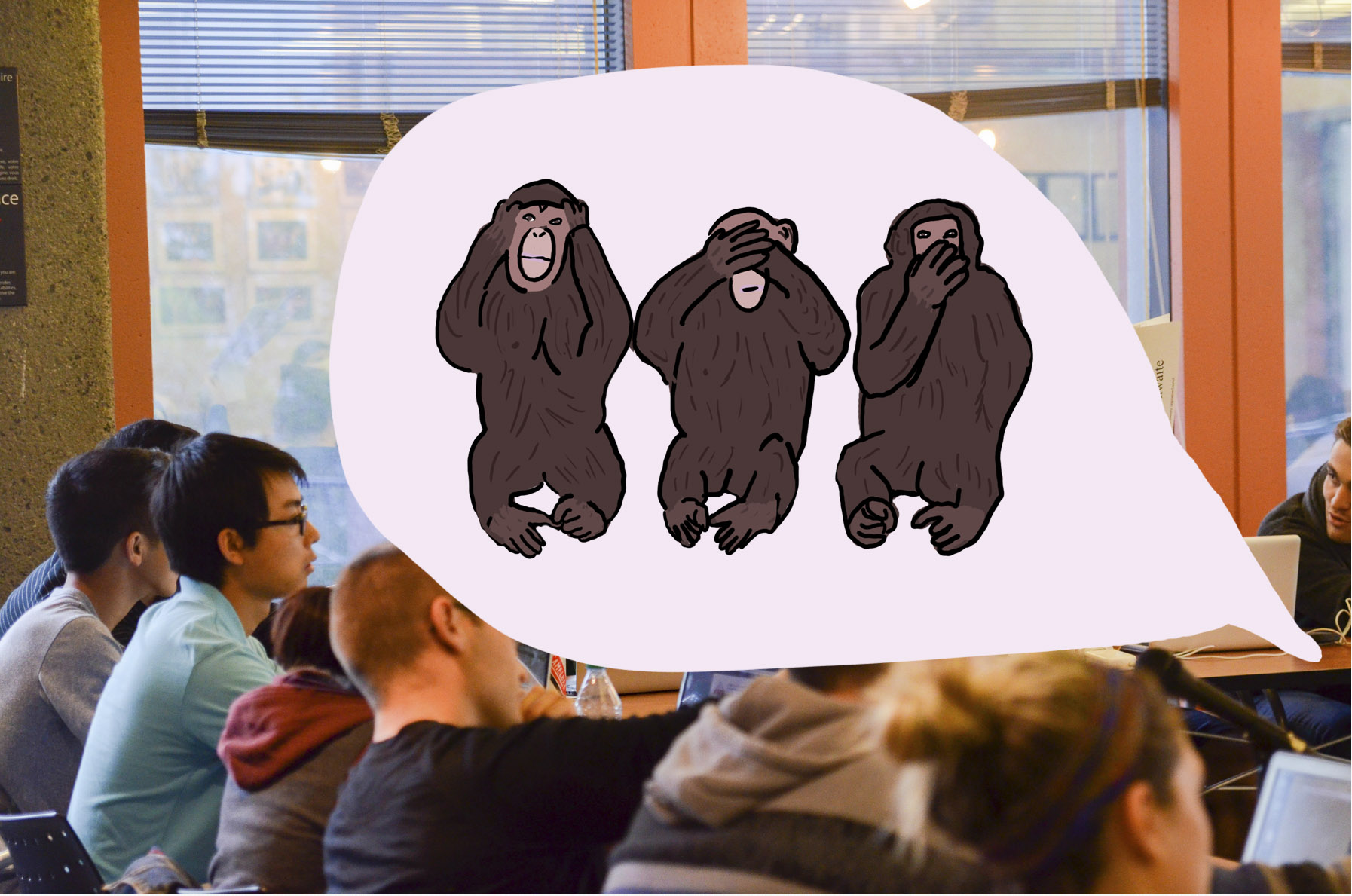 On February 25, the Students’ Society of McGill University (SSMU) Legislative Council betrayed us. By a vote of 12 for and 10 against, Council chose to put to referendum an amendment to the SSMU Constitution that requires all General Assembly (GA) motions to be pre-screened by an unelected committee to prevent motions deemed “external and divisive” from being discussed. A decision of this committee could be overturned by a two-thirds vote at the GA, but the motion in question would then also require a two-thirds vote to pass instead of the usual simple majority.

Substantive criticisms of this undemocratic proposal have been offered elsewhere. What I want to do here is to address a procedural argument advanced by some councillors, which is that regardless of the merits of the amendment, the fair thing to do was to “let the students decide” by putting the question to referendum. If we consider the circumstances in which the motion was passed at Council, we’ll find that this argument was made in bad faith, and those councillors whom it sincerely convinced have been duped. Indeed, in allowing this amendment to go to referendum, Council failed in its duty to represent students with proper diligence.

First, the wording of the proposed amendment exactly mirrors that of an existing clause in the SSMU regulations that applies to motions coming to Council. This is not only lazy, but also highly inapprioriate, as it fails to account for the specificities of a GA – most glaringly the fact that Council is a representative body, while a GA is a direct-democratic one. Although SSMU regulations allow GA motions to be brought from the floor, it is unclear how or whether the amendment provides for this; further, it does not specify whether the two-thirds voting threshold applies to online ratification. If passed, the amendment would introduce severe ambiguities into SSMU’s highest governing document. The movers of the proposal showed an unacceptable level of carelessness in drafting it, as did Council in approving it.

Second, the referendum question was rushed in at the last minute, tacked on as a guerilla amendment to a set of unrelated maintenance changes to the constitution. In accepting such an amendment, Council neglected its duty to take the time to consult its constituencies regarding the wording of the amendment, or regarding other methods of achieving the amendment’s goals. Putting the question to referendum immediately was not, as claimed, a meaningful act of consultation, but rather the precise opposite. It has forced students to vote on an immature and confusing question with unclear but significant consequences.

Third, in taking the vote on the amendment by secret ballot, Council displayed a reprehensible lack of transparency. Access to a representative’s voting record is a constituent’s democratic right, and councillors should not take the denial of this right so lightly. It is not unreasonable to assume that, perhaps aware of the amendment’s substantial shortcomings outlined above, some councillors made a conscious choice to evade accountability.

In electing our representatives to SSMU Council, we entrust them with the responsibility to make informed and responsible decisions on our behalf. At the February 25 meeting, a majority of councillors betrayed that trust. Disappointments such as this one are a regular occurrence in representative bodies, and it may well be that they are inherent to representative democracy itself. Ironically, such incidents only stand to show how important it is to defend students’ right to freely discuss and decide on whatever they wish in a direct-democratic forum like the GA.

Igor Sadikov is a Commentary & Compendium! editor at The Daily, but his opinions here are his own. To contact him, email igor.sadikov@mail.mcgill.ca.