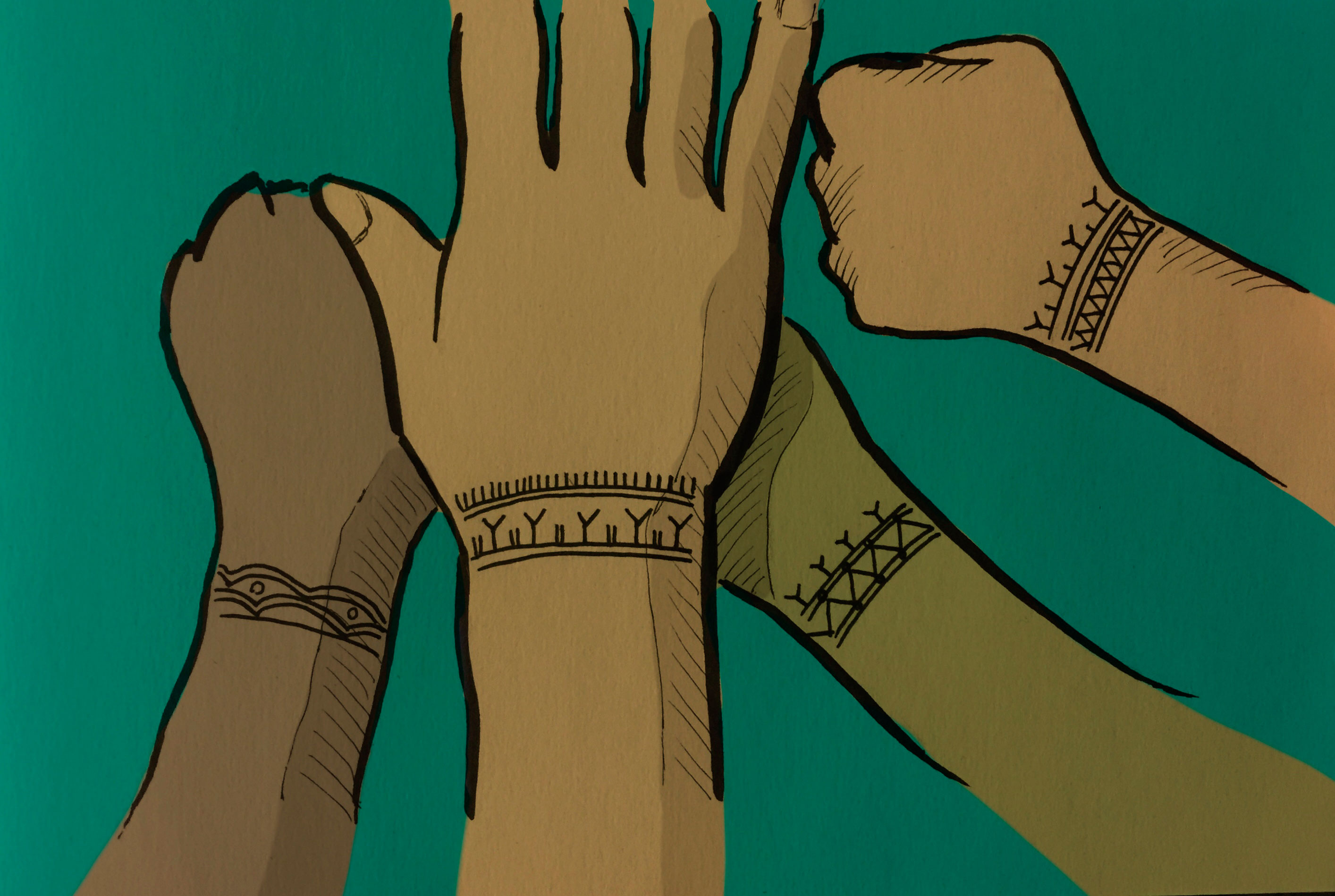 One featured film in the series, Tunniit: Retracing the Lines of Inuit Tattoos (2011), explores the meaning of Inuit face and body tattoos, a tradition that has been nearly lost at the hands of Christian missionaries and as a result of colonization.

Before Tunniit screened, three powerful short films portraying police brutality toward Indigenous peoples and the corruption of the Canadian justice system were shown to set the tone for the feature screening. The raw emotional impact of the short films cannot be understated, as each addressed, in a unique manner, the horrific realities faced by Indigenous communities throughout Canada.

The Dancing Cop (2012), directed by Kelvin Redvers, explores a prejudice-tinted encounter between an Indigenous man and a white cop, presenting a heartbreaking investigation into police brutality in an urban setting. Additionally, it poses essential questions of accountability or lack thereof in the Canadian justice system.

Wayne Wapeemukwa’s Balmoral Hotel (2015), takes place in Vancouver’s Downtown Eastside. This short film depicts a First Nations sex worker seeking to find themselves a space in the streets, with a dance that morphs into a political protest against colonization.

Yael Sorbara Korngold, a first-year student at Concordia, told The Daily, “The most exciting part for me was the event itself. The fact that these issues are being spoken of in such a beautiful, meaningful way is something new and something necessary.”

Before the screening of Tunniit, Heather Igloliorte, an assistant professor in Concordia’s Art History Department and the Research Chair in Indigenous Art History and Community Engagement, explained that there is a need for affordable access to craft materials and the continuation of an oral history project to preserve memories and traditions. This, Igloliorte explained is crucial in fostering dialogue between Indigenous and non-Indigenous peoples.

Directed by Alethea Arnaquq-Baril, Tunniit examines the Inuit tradition of tattoos, widespread among women. In the film, Arnaquq-Baril aims to rediscover her heritage, understand why and how Inuit tattoos have almost disappeared, and use the film as a precautionary message against cultural appropriation.

The film begins by providing historical context. It shows archival photographs of Inuit women with body and facial tattoos. Arnaquq-Baril explores the loss of traditional knowledge and sets out on a quest to rediscover these memories. She travels north, visiting multiple Inuit communities, and interviews elders in hopes of recovering a cultural history.

Throughout the movie, Arnaquq-Baril illustrates how missionaries, who also had travelled up north, had a detrimental impact on Inuit communities. They hastened the disappearance of Inuit tattooing because they believed it to be a shamanistic practice that contradicted Catholicism and Protestantism. However, tattoos were an integral part of an Inuit woman’s identity.

The symbolic purpose of these tattoos, explains Arnaquq-Baril in the film, is to beautify and mark the adulthood of Inuit women, who are usually tattooed after their first period. The designs of the tattoos differ from community to community, but all of them signify strength and endurance, highlighting the fact that the process of tattooing was extremely painful.

Traditionally, the tattoos also have a dualistic spirituality. Some believe that a woman who receives a tattoo would have a better afterlife as a result of enduring such horrific pain. Without a tattoo, a woman would be too “weak” and remain “underneath,” keeping herself from the luxuries of the afterlife.

In some communities, the tattoos traditionally worked as a purification ritual to please the spirit of the sun during a woman’s period. A tattoo on a woman’s thighs can represent greeting a newborn into the world. The meanings of the tattoos, along with their designs, shift in respect to each unique community.

By taking away this essential rite of passage, missionaries directly contributed to cultural genocide, which involved the erasure of Indigenous identities. The Inuit tattooing tradition was among the many sociocultural elements, such as ceremonies, languages, and religions, brought to the brink of extinction by the state.

With her film, Arnaquq-Baril attempts to build a bridge between cultures in order to foster understanding and respect throughout Canada, and hasten the reversal of colonial legacies. Having rediscovered this part of her cultural heritage, she herself partakes in her own tradition, receiving tattoos with traditional designs.