SNAX to see return of the sandwiches 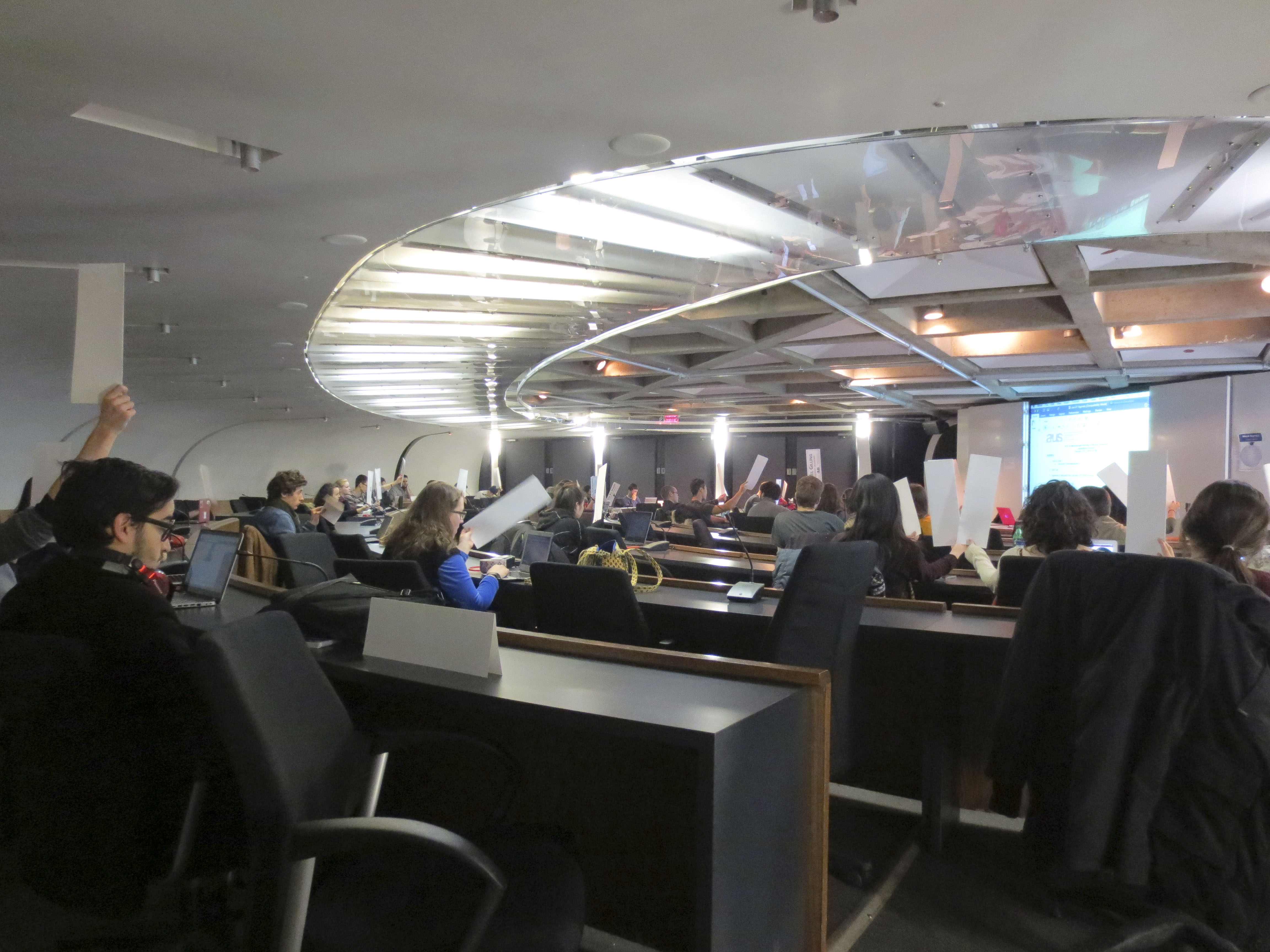 At the Arts Undergraduate Society (AUS) Council meeting on January 27, documents were approved that could allow SNAX, the student-run shop on the ground floor of the Leacock building, to recommence selling sandwiches as early as this week. Councillors also approved a set of new electoral bylaws concerning the VP Finance position, and voted to endorse a “yes” vote in the referendum to increase the Students’ Society of McGill University’s (SSMU) non-opt-outable membership fee.

SNAX is regulated through a Memorandum of Agreement (MOA) between McGill and AUS. The previous MOA expired on May 1, 2015, but the sale of sandwiches had been banned since November 2014, as it technically contravened the MOA.

The administration had agreed informally to allow sandwiches to be sold, but reneged on its agreement for reasons that remain unclear. This sparked considerable backlash from students, who staged a sit-in in March 2015 to protest the sandwich ban and highlight the increasing lack of affordable food options on campus.

AUS has been negotiating with McGill since November 2014, hoping to renew the MOA and get sandwiches back on the menu at SNAX.

“Some plans in [the] past, which were to add [around] twenty seats to SNAX […] aren’t really possible anymore.”

Now, more than a year later, the negotiations have yielded results: two documents have been produced that could allow sandwich sales to resume as early as this week. The first, an updated MOA, will expire in April 2020. Except for a few minor adjustments, it is essentially the same as the previous one.

The second is a letter of permission from Deputy Provost (Student Life and Learning) Ollivier Dyens, which would allow SNAX to sell pre-packaged food items, such as sandwiches, as long as their suppliers are legally registered and follow appropriate labelling procedure. It also stipulates that SNAX must be subject to random health and safety inspections, and may not create a seating area of any kind.

“This is a pretty thorny topic which we did have to compromise on,” President Jacob Greenspon said of the seating issue. “I don’t see why [the administration] would see that as a threat, but apparently they do. […] Some plans in [the] past, which were to add [around] twenty seats to SNAX […] aren’t really possible anymore.”

However, Greenspon also explained that the AUS negotiating team had obtained a number of concessions from the administration.

“The Deputy Provost won’t be able to come down and say ‘Oh, that looks a little dirty, SNAX has to shut down.’”

“Something we’ve got them to compromise [on] was that the only people that can be performing inspections for health and safety […] are inspectors who are […] legally registered, and qualified to be able to do those inspections, so the Deputy Provost won’t be able to come down and say ‘Oh, that looks a little dirty, SNAX has to shut down.’”

The letter of permission for food sales is strictly temporary, expiring in December 2016. If SNAX complies with its various conditions, however, the letter explains that it “may be extended at the University’s discretion on similar or modified conditions until the end of the MOA”.

A number of councillors expressed concern at the vague nature of this statement.

“It sounds like it’s at the University’s discretion, which means even if we do everything they say, they could hypothetically be like ‘just kidding, we’re not going to incorporate this into the MOA,’” said VP External Becky Goldberg.

“Legally, yes,” said Greenspon. “But […] if [we comply] with [these] conditions, after negotiating with us for 18 months, I think politically it would be very difficult for them to be restricting sandwich sales again, especially given the […] demonstrations […] that happened last year.”

After a substantial discussion, councillors voted unanimously to approve the MOA and the letter of permission. In an email to The Daily, Greenspon explained that he and VP Finance Mirza Ali Shakir will be meeting with Dyens and Dean of Arts Hudson Meadwell this week to officially ratify the documents, after which sandwich sales will resume as soon as possible.

Other business discussed at Wednesday’s meeting included a motion to amend electoral bylaws for VP Finance screening, which has been discussed for several months and approved by an AUS referendum, and a motion to endorse a “yes” vote in last week’s referendum concerning an increase in SSMU’s membership fee. The first was approved unanimously, while the second passed by an extremely narrow margin, with 13 votes for, 11 against, and 12 abstaining.