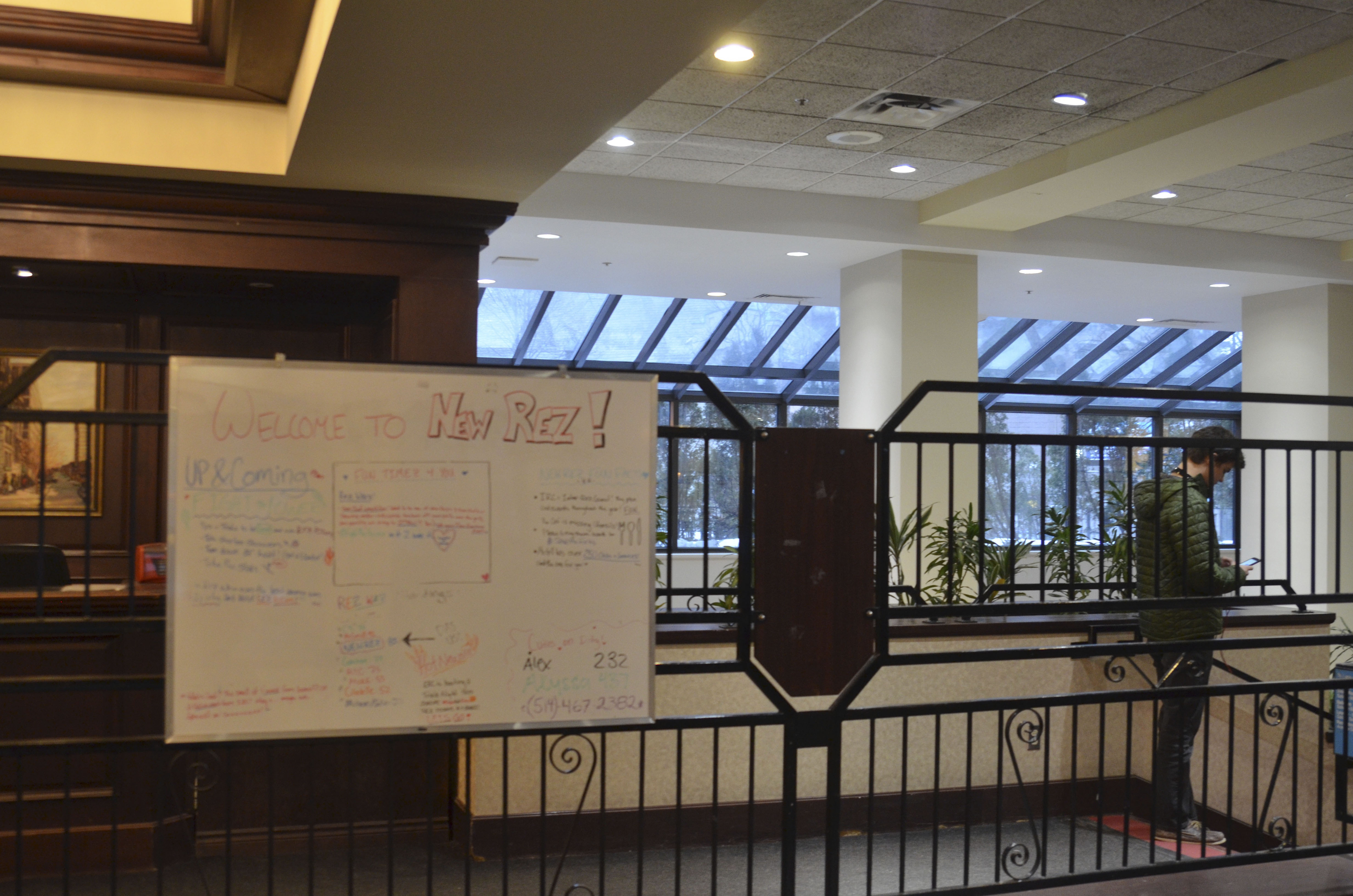 Race Project, a mandatory workshop for first-year students in McGill residences that addresses racism and colonialism, is in its first semester of full implementation. The workshop discusses white privilege and microaggressions, debunks the myth of reverse racism, and educates students on Canada’s colonial history.

Race Project is modelled on Rez Project, a similarly structured workshop about consent, gender, and sexuality that has been in effect since 2005. Rez Project has recently come under scrutiny for its white-centric focus, and Race Project was designed to complement the anti-oppression training by introducing discussion of issues of racism and colonialism.

In an interview with The Daily, Jenny Zhang, a second-year student and Race Project facilitator, explained that “since first-years come from a lot of different backgrounds, we’re trying to give everyone a base level of knowledge on these anti-oppression topics in order to hopefully make rez a safer space.”

Race Project workshops are approximately three hours long, and are led by two trained facilitators: one Black, Indigenous, or Person of Colour (BIPOC) facilitator, and one white facilitator.

“We’re trying to give everyone a base level of knowledge on these anti-oppression topics in order to hopefully make rez a safer space.”

Tristan*, a facilitator, told The Daily that students in certain faculties could complete their academic career at McGill without ever having a single conversation about race. As a result, he said, students may never address their own prejudice or lack of knowledge.

Tristan told The Daily that a floor fellow, who did not undergo Race Project training, shut down a Race Project workshop early because they thought that the facilitators were being “too aggressive.”

According to Tristan, the floor fellow felt that the content was being delivered in a “non-neutral” manner. This has led to accusations that certain floor fellows are too involved during the course of the workshop, hence not allowing students to honestly and safely discuss the topics.

“If you had attended the Race Project training, you would know that the content is not neutral. It’s explicitly expressed that the project is anti-colonialism, anti-racism,” Malika*, an Upper Rez floor fellow, told The Daily.

“The floor fellow shutting [the workshop] down is not a reflection on the project,” Malika continued, but rather reflects the different perspectives and levels of training of floor fellows.

“If you had attended the Race Project training, you would know that the content is not neutral.”

But the missteps were not solely on the part of some floor fellows. Another floor fellow, Rayna*, said that in another workshop students had used racial slurs as examples during the workshop, making other participants highly uncomfortable.

Because Race Project is mandatory, facilitators must work with a wide variety of students with differing backgrounds, experiences, and levels of knowledge.

“You’ve got some students who can be really quiet and unwilling to participate, some who can be rather aggressively combative when they don’t agree with the things you’re saying, and some who really appreciate the workshop and learn a lot from it,” said Zhang.

“These are pretty emotionally intense subjects,” Zhang continued. “We talk about [the] history of residential schools [and] white privilege, so it’s pretty expected for students to express strong feelings. It’s our job as facilitators to keep discussions from getting too off track and/or becoming really triggering for those involved or in the group.”

“Racial diversity is as important as gender [and sexuality] diversity in the context of a university, as your questions can only come from your identity.”

“A huge red flag topic for us was the section that dealt with reverse racism and how it’s really not a thing,” said Zhang. “Even previously quieter students, who are generally white, would often start to argue that people can be racist against any race, including white people. It can be hard to get students to understand on the first try why historical power relations are still so deeply ingrained and relevant in the modern world and our current cultural context.”

In an interview with The Daily, Charmaine Nelson, a McGill Art History professor and currently the only female Black art history professor in Canada, also emphasized that it is essential to engage students in discussions of race and colonialism. Nelson said, “Racial diversity is as important as gender [and sexuality] diversity in the context of a university, as your questions can only come from your identity.”

“So the fact that I’m asking different questions than people who came before me is because I’m a Black woman of a certain identity group, who’s interested in getting certain answers,” Nelson continued.

“There’s been generations of white male scholars before me who haven’t asked certain questions because they’re not interested, for example, in the humanization of the American slave. It should be made clear to students that [having these discussions] should be a given. This is not an issue for only the Black, Indigenous students. White students can’t sit outside and think, ‘this isn’t about me,’” she concluded.

When asked what could be done to improve Race Project in the future, one common concern from floor fellows and facilitators alike was attendance.

“I think there should be a more rigorous attendance system, as not all floor fellows get 100 per cent attendance,” Rayna said. “Because Race Project is not technically part of a resident’s lease, we can’t force them to come, and yet the project is sold as mandatory. So maybe it should be incorporated into residency leases.”

“We have to get the conversation started somehow, and hopefully at least a handful of the students we teach Race Project to will be interested in learning more about these topics on their own,” Zhang said.

The Daily reached out to McGill Rez Life office but did not receive a response in time for publication.

*Names have been changed.