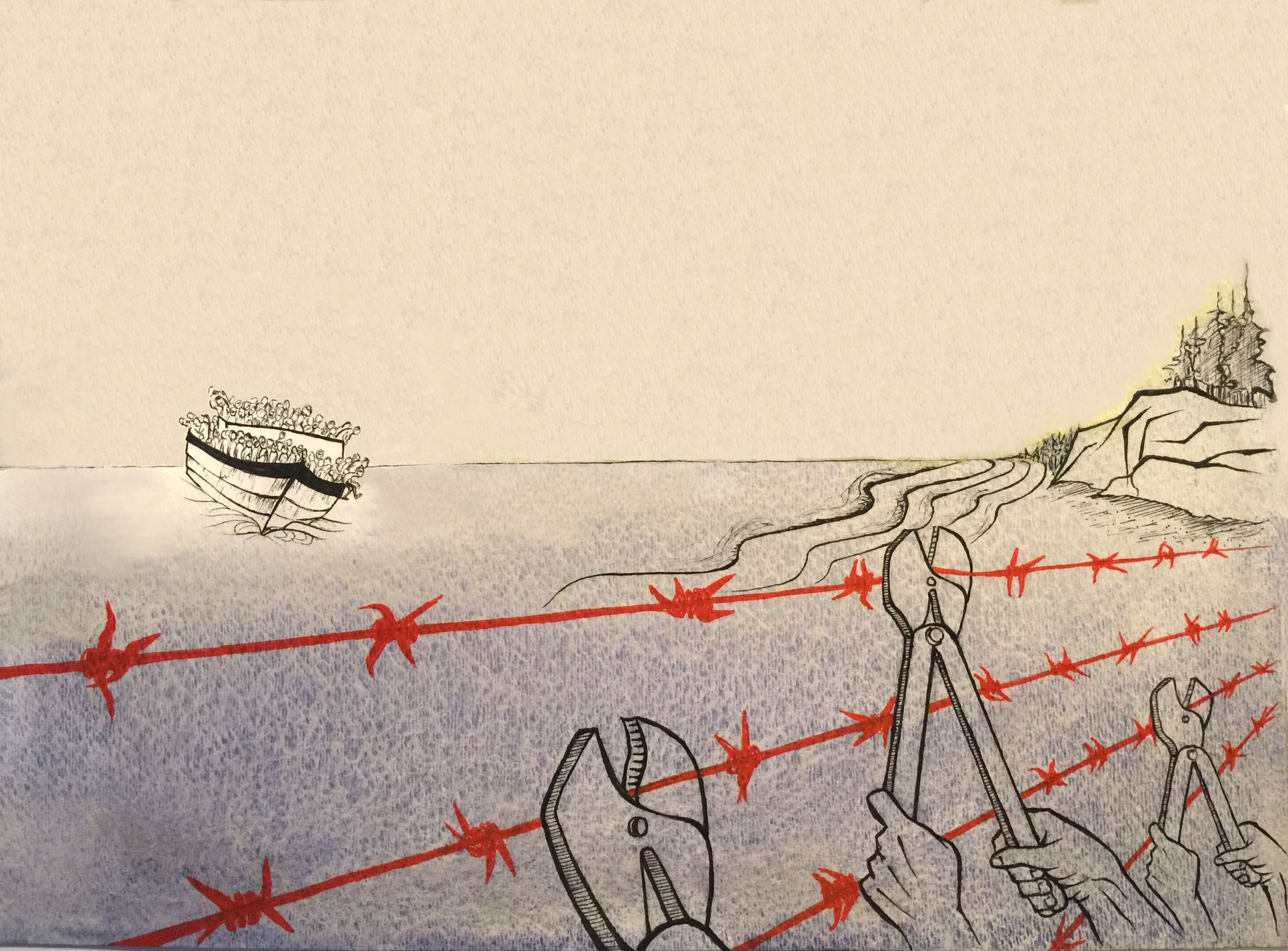 On October 17, mayoral candidate Henriette Reker was stabbed in the neck during a campaign stop in Cologne, Germany. The perpetrator, a 44-year-old unemployed man, was furious about Reker’s support for Chancellor Angela Merkel’s migration policy, which involves admitting 800,000 asylum seekers into Germany this year. Germany has already seen nearly 500 attacks on migrants this year, eclipsing the 198 attacks recorded in 2014. Meanwhile, the U.S. presidential campaign has also been the site of xenophobia and racism. As Canada prepares to process an increased number of Syrian refugees following the election of a Liberal government, political leaders and citizens would do well to remember that Canada is not immune to racist ideology and must take steps to prevent similar surges in violence.

The attacks on migrants in Europe reflect a wider sentiment of xenophobic tension and insecurity that has bolstered neo-nationalist parties across the continent. In October, national conservative parties received the most votes in parliamentary elections in Poland and Switzerland. Austria’s far-right Freedom Party received 30 per cent of the vote in the Vienna city council election, while in Greece, the neo-nazi Golden Dawn was the only party to achieve a higher percentage of votes in the September national election than in the previous one.

Additionally, 10,000 people gathered in Dresden, Germany, at the end of October to celebrate the one-year anniversary of the Islamophobic Patriotic Europeans Against the Islamization of the Occident (PEGIDA) movement, and a group of right-wing extremists were detained in Bavaria for attempting to smuggle weapons for a potential attack on Halloween. Still, perhaps the most prominent name in neo-nationalist politics remains Marine Le Pen, the leader of France’s nationalist and conservative National Front, whom many view her as a potential dark horse in France’s upcoming 2017 elections.

While many of these parties have existed for decades, the economic crisis and the migrant crisis combined to fuel support for anti-immigrant platforms. Europe has yet to recover from the debt crisis of 2009 with unemployment remaining high, reaching over 20 per cent in Greece and Spain, higher still for youth. Although most refugees are civilians attempting to escape war zones, such as Syria and Iraq, opponents of immigration have framed the crisis as an attempt by economic migrants to compete for scarce jobs. The right-wing UK Independence Party (UKIP), for instance, couples its economically liberal proposals with right-wing nationalism and calls for reduced immigration.

The potential threat of such xenophobic scapegoating is, in essence, that the reactionary behaviour we see from these political leaders today is no different from that of the European fascist parties during the interwar years. This misguided rhetoric is a major contributing factor to the increased violence against migrants across Europe.

At the same time as Europe’s neo-nationalist surge, our American neighbours are experiencing a pivotal xenophobic moment of their own. The leading Republican nominee Ben Carson has publicly denounced Muslims running for the presidency. Likewise, his close-trailing opponent Donald Trump has made headlines with his racist comments, labelling Mexicans “criminals” and “rapists.” These direct attacks are galvanizing an anti-immigrant constituency most prominent in the American Midwest and South, and have directly led to acts of violence, such as the beating of a Hispanic homeless man by two men in Boston last August, one of whom said he was “inspired” by Trump.

In some ways, the situation in Canada is similar to that in Europe. Canada is currently in an economic recession, and the youth employment rate is at its lowest level since 2009. And parallel to the Republican presidential candidates in the U.S., the Conservative Party and the Bloc Québécois used racist rhetoric surrounding the niqab during the last election, which has also led to acts of Islamophobic violence. Though the Conservatives’ electoral gamble was ultimately unsuccessful, the racist elements of Canadian society to which they appealed remain in place.

Justin Trudeau’s commitment to accept 25,000 Syrian refugees is certainly an improvement over the Conservative policy of fear-mongering, but Canada should accept an even greater number of refugees. In doing so, we must be careful not to repeat Europe’s mistakes; political leaders and citizens alike need to be consciously active in combatting racist rhetoric and ideology. Opportunistic politicians can exploit disenfranchised youth that feel disconnected from the political system and angry about their economic prospects, and scapegoat immigrants as the reason for their precarious economic position. This can be avoided only if we call out racist rhetoric every time we hear it.

By reflecting on the circumstances and political tactics that have led to the rise of the nationalist far-right in Europe, the effectiveness of racist rhetoric in the U.S., and the ensuing violence toward migrants, Canadians should be able recognize the warning signs in their own country. The underlying conditions required for a surge in xenophobic violence are present – we must reject lazy scapegoating and resist attempts by opportunistic leaders to capitalize on racist sentiments.

James Sharma is a Continuing Studies student. To reach him, email james.sharma@mail.mcgill.ca.