Kids deserve to be kids 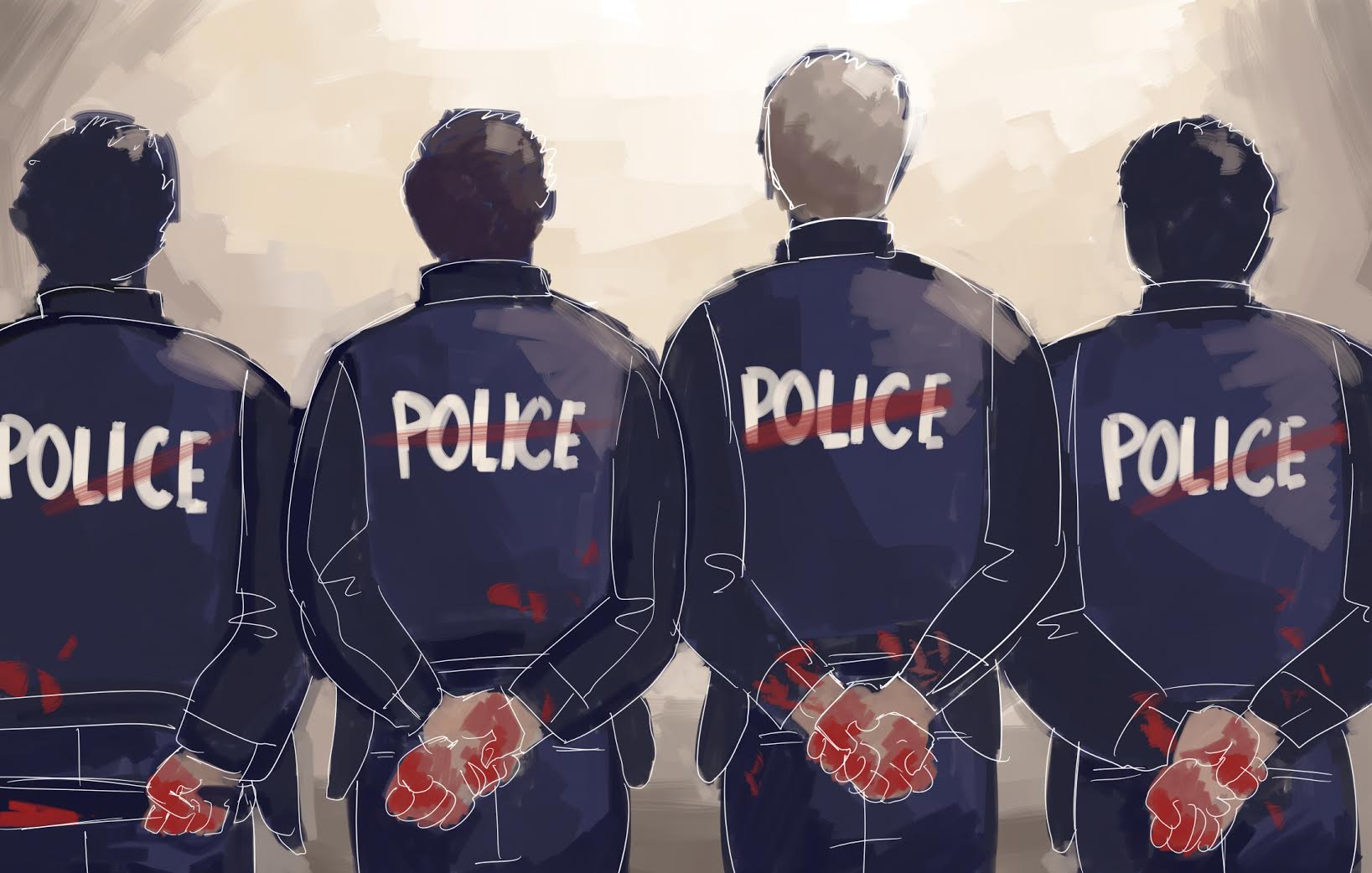 On October 26, a 16-year-old black student was slammed to the ground, dragged out of her chair, locked in a chokehold, and thrown across the room by 34-year-old white police officer Ben Fields at Spring Valley High in Columbia, South Carolina. If you haven’t seen the footage of the incident, which quickly went viral on social media, brace yourself and watch the video. In it, you will see the brutal reality of how black children and youth are treated in our society today – a truth that many non-black Canadians and Americans have yet to acknowledge and amend.

There is no crime that can warrant the treatment of a child with such brute force as Fields exhibited. Despite a federal civil rights investigation into the incident and the firing of Fields, the discourse around what happened at Spring Valley frequently presents the black victim as the cause that provoked Fields’ violence.

So, let me say it again: there is no ‘disruptive behaviour’ that can warrant a young student being body-checked to the ground by a police officer three times her size.

Fields had been nicknamed “Officer Slam” by some students of Spring Valley High because of his previous violent behaviour; he has also been sued twice before, once for use of excessive force. Yet, when Sheriff Leon Lott, Fields’ superior, was asked to comment on the incident, he held the student responsible for how events unfolded. “This incident started with a very disruptive student in a class,” Lott said in a press conference. “This student was not allowing the teacher to teach, was not allowing the students to learn. She was very disruptive, she was very disrespectful, she started this whole incident with her actions.”

The eagerness with which blame is pinned on a young black girl is not incidental – it is the product of an insidious association of blackness with inherent guilt and criminality.

The eyewitness accounts of students present in the room paint an entirely different picture. Tony Robinson Jr., who captured the incident on video, said, “I was [there] and nobody even knew what she did when he grabbed her. That’s how fucked up it was… That’s supposed to be somebody that’s going to protect us, not somebody that we need to be scared of.”

Another student, 18-year-old Niya Kenny, was arrested for speaking out against Fields during the incident. In spite of fearful accounts from students in the classroom, authorities involved in the incident all initially supported Fields’ behaviour, as did some students in the school. The Richland School District in which Spring Valley High is located has a history of racist violence against students by authority figures. Despite this history, the rhetoric surrounding this latest assault has oriented itself toward laying all blame on the young black girl.

The eagerness with which blame is pinned on a young black girl is not incidental – it is the product of an insidious association of blackness with inherent guilt and criminality. The racist violence that is most commonly described as being directed toward black men also heavily affects black women and girls, who are not only the subject to racial attacks, but also have the added weight of misogyny working against them. Because of this, their experiences go unacknowledged when confronting the reality of anti-blackness in the U.S. and Canada.

Not only do authority figures regularly display violent behaviour against black students in the U.S., but this violence has been systematized to the point that it directly contributes to the ‘school-to-prison pipeline.’ The school-to-prison pipeline is the pattern of educational and social institutions funnelling their most at-risk youth straight to the prison system, prioritizing incarceration over education or rehabilitation. This phenomenon can be observed in disciplinary practices that penalize black students at a greater rate than their white counterparts for the same misdemeanors.

Starting from early childhood, black students represent a disproportionately high amount of suspensions, making up half of all preschool suspensions. By middle school, black students are three times more likely to be suspended than white students for the same infractions. In 2011, black girls in America were six times more likely to be suspended from school than white girls. According to a report from the African American Policy Forum (AAPF), black girls said that they felt uncomfortable with security in their schools; some “were dissuaded from coming to school at all.”

Disproportionate punishments of black youth lead to disproportionate presence in the criminal justice system. Studies have shown that a single suspension can double a student’s likelihood of dropping out; an increased number of suspensions means a higher chance of entering juvenile detention, which decreases educational and financial opportunities for at-risk youth and increases the likelihood of imprisonment in adulthood. Initial incarceration builds up social obstacles and challenges which only increase the odds of continued incarceration, disproportionately filling up penitentiaries with black and Latino people.

This is not solely an American phenomenon. A 2011 report from the Quebec Human Rights and Youth Rights Commission highlighted the harsh treatment that black students face in Quebec schools compared to their white peers. This discrimination has frequently been connected to a lack of motivation in school, leading to decreased success in the education system and higher dropout rates. The Toronto Police Service has also been long criticized for its practice of carding, where individuals not suspected of any wrongdoing or connected to any investigation can be stopped and questioned on the street. The profiles compiled from these interrogations are then logged into a police database. This practice has been denounced time and time again as unfairly targeting black people, and racial profiling has been acknowledged by the Ontario Human Rights Commission as being a pervasive issue in the province.

The fact of the matter is, black youth are not more likely to cause trouble than their white peers, but they are more likely to be penalized for it. Similarly, black adults are not more likely to commit crime, but are more likely to be arrested for their offences than white adults. Somewhere within the non-black U.S. and Canadian subconscious is rooted the idea that blackness is inherently associated with guilt, criminality, and violence. A study conducted by the American Psychology Association in 2014 found black boys to be more likely to be mistaken as older and assumed to be guilty than their white peers, who were allowed the assumption of innocence. Similarly, the AAPF notes that “girls and black women are seen as more aggressive, and their emotions aren’t read accurately. Hurt and pain and even excitement are [misunderstood] on black faces.” Black women are often perceived as embodying the “angry black woman” stereotype: even when their anger is legitimate, it is discredited in favour of discriminatory stereotypes.

There is an obvious pattern of victim-blaming and racist stereotyping that without fail accompanies assaults against black women and girls, like the assault of a young black girl by a police officer at a Texas pool party this past summer, or the murder of Sandra Bland while in police custody. Starting from childhood, non-black people are socialized to assume the worst of black people, forcing them into racist stereotypes rooted in historic inequality and oppression, and perpetuated by contemporary anti-blackness.

Young black children, forced to watch their black peers be assaulted by police officers, made to fear for their own lives when faced with those who are supposed to serve as protectors, and funnelled from excessive disciplinary action in school to disproportionate imprisonment in adulthood, are systematically robbed of the presumed innocence of childhood. The Spring Valley High assault would never have been perpetrated against a white student – her rights would have been preserved, as they should be. It’s time we begin extending the same basic right to black children and adults everywhere.

Minority Report is a column that deconstructs racism through an intersectional lens. Inori Roy-Khan can be reached at minorityreport@mcgilldaily.com.