Wild food in the big city

The potential of foraging for urban nutrition 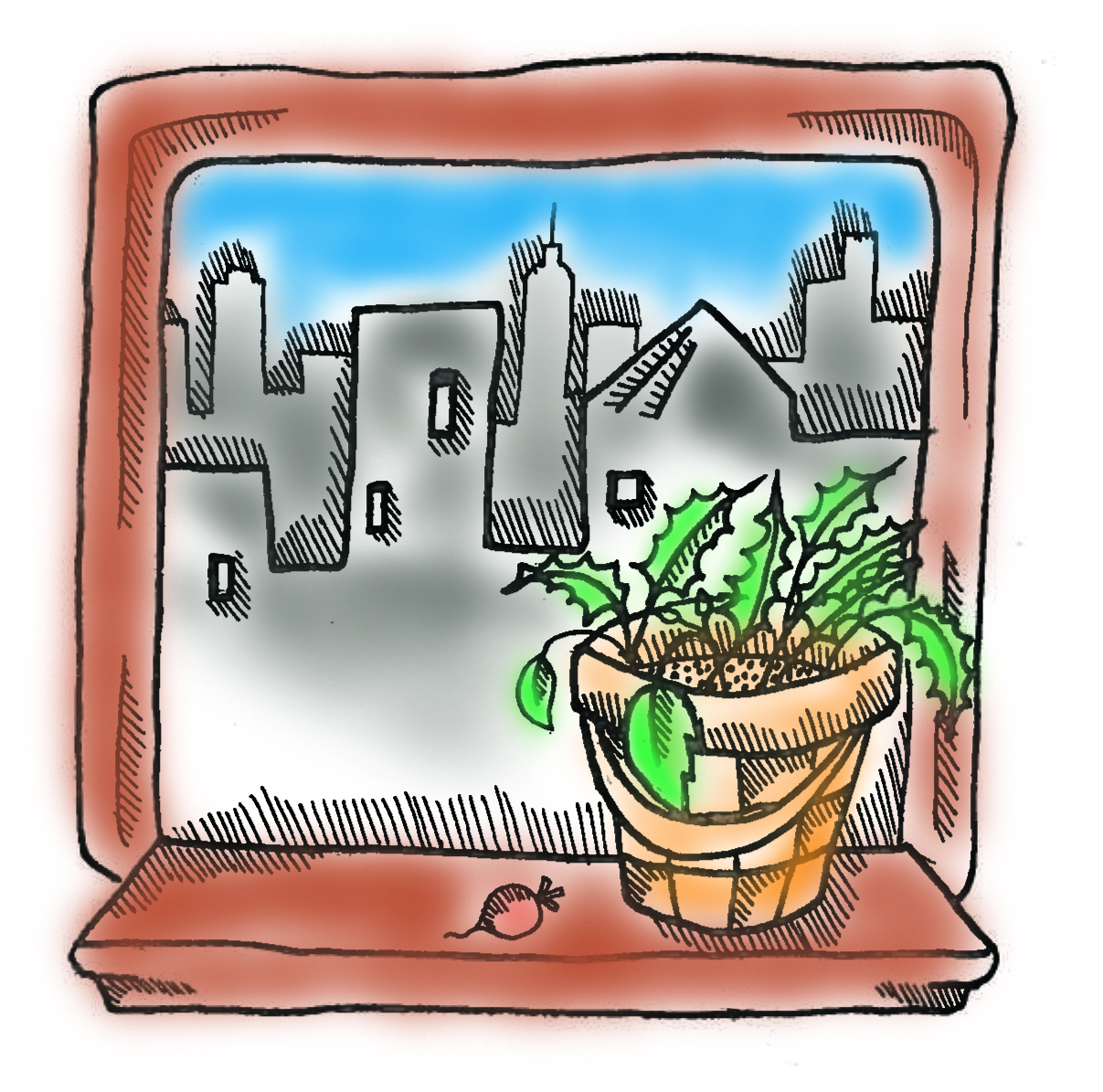 Urban foraging, the search for edible foods that grow naturally in city landscapes, is still relatively unknown, and many misconceptions exist about the topic. As more and more people are getting excited about creative ways to live sustainably, our society could possibly adopt this solution.

The urban foraging community is admittedly small, but avid forager Vanessa Waters is attempting to introduce people to the art of urban foraging through her Montreal tour “13 Weeds to Live By.” The tour introduces participants to a variety of edible plants that can commonly be found in urban spaces. Her tour’s website description reads, “Weeds are still considered to be something you kill, eradicate, make war on, get rid of. But weeds are the plants that thrive.”

As a youth, Waters accompanied her First Nations grandmother to scavenge for wild plants, and in her adult years, she would fall back on foraging when she was strapped for cash. “[Foraging] gave me a sense of abundance, but slowly it turned into a knowledge hunt,” Waters told The Daily. “I turned to it and got more into it when I was struggling financially. I would think, ‘What would my [grandmother] do?’ because she was so self-sufficient.”

The process of foraging involves identifying whether the plant is poisonous or not and knowing the harvest season for different plants. One of the weeds discussed during Waters’ tour is lamb’s quarters, sometimes called pigweed, which is easy to identify, making it a good plant to start with for beginner foragers. Its leaves have a white coating, and small green flowers form clusters toward the top of the plant. It grows in nitrogen-rich soil, which means it has a high nitrate content.

Despite this, the plant remains a favourite among foragers and is even cultivated in some parts of the world. “[It’s] like your local quinoa,” Waters explains, referring to the seeds, which can be collected and dried to eat. The seeds, along with the spinach-like leaves, make lamb’s quarters a high-protein food. Weeds have long roots, which helps them reach deeper for minerals, but more importantly, if a small portion of the root remains in the ground, it will release seeds by the millions to reproduce itself.

Another wild plant Waters discusses and that you can find around Montreal is milkweed pod, which tastes like green beans, though as it matures it supposedly becomes cheese-like in texture. The plant’s leaves are similar to broccoli.
Waters noteed that thistle roots are steeped, they make a nice chai tea. One can make a preserve with high bush cranberries. Dandelions reach their most tender stage in May and taste bitter like arugula and radicchio.
After gathering a basket of weeds, you can make a green salad, which will have a strong taste perhaps foreign to people who live in the city, or even put the weeds in a blender and have them as a smoothie.

The merits of foraging

It may seem strange to learn about wild foods if you are accustomed to eating commercial foods from the supermarket. There is, however, more to a healthy diet than simply fulfilling the daily requirements of carbohydrates and lipids. Micronutrients, which include vitamins, minerals, and amino acids, are required in smaller quantities but are vital as well. Wild foods are especially known for their diversity and abundance of phytonutrients, a type of micronutrient. These are not life-sustaining chemical compounds but they do nonetheless perform important physiological functions. Carotenoids, for instance, are thought to reduce the risk of cancer. Salicin is both anti-inflammatory and pain-relieving and constitutes the active ingredient in aspirin.

In a commercial setting, such as with cash crops, it only takes about a year for the soil to be depleted of nutrients. Producers use fertilizers to provide energy for growth, but this does not improve the nutritional value of the crop. Foraged foods, on the other hand, generally grow in environments that have an abundance of microorganisms, minerals, insects, compost, and manure, providing good soil fertility. Weeds have developed strong defensive mechanisms against predators and against humans constantly pulling them. Weeds have also succeeded in evolving in harsher conditions than plants growing on a farm or in a garden, a testament to their incredible resilience. Praise of kale as a superfood dims when it is juxtaposed with a couple of edible weeds.

When foraging in the city, one usually follows a couple of general rules: stay at least twenty feet away from rails and ten feet away from roads, and if the plant smells like dog urine, it’s probably best left alone – though, Waters argues, the toxins on food at the supermarket are equally unhealthy. Also, when picking wild parsnips or carrots, you must be confident that you are not in fact preparing your own deathbed with poison hemlock, which looks similar but produces an unpleasant odor.

In a time when many are living fast-paced lifestyles in densely populated areas built of concrete and steel, it is easy to become detached from the land and forget the importance of living in harmony with it. As Waters explained, foraging is not only an environmentally friendly, healthy alternative to commercial foods – it can bring us closer to the land we live on. “I really feel like if we learn about local food […] that we walk over every day, that we pull out and make war against, we could really become more sustainable,” she said.