More than a “special issue”

Maintaining the conversation about race at McGill 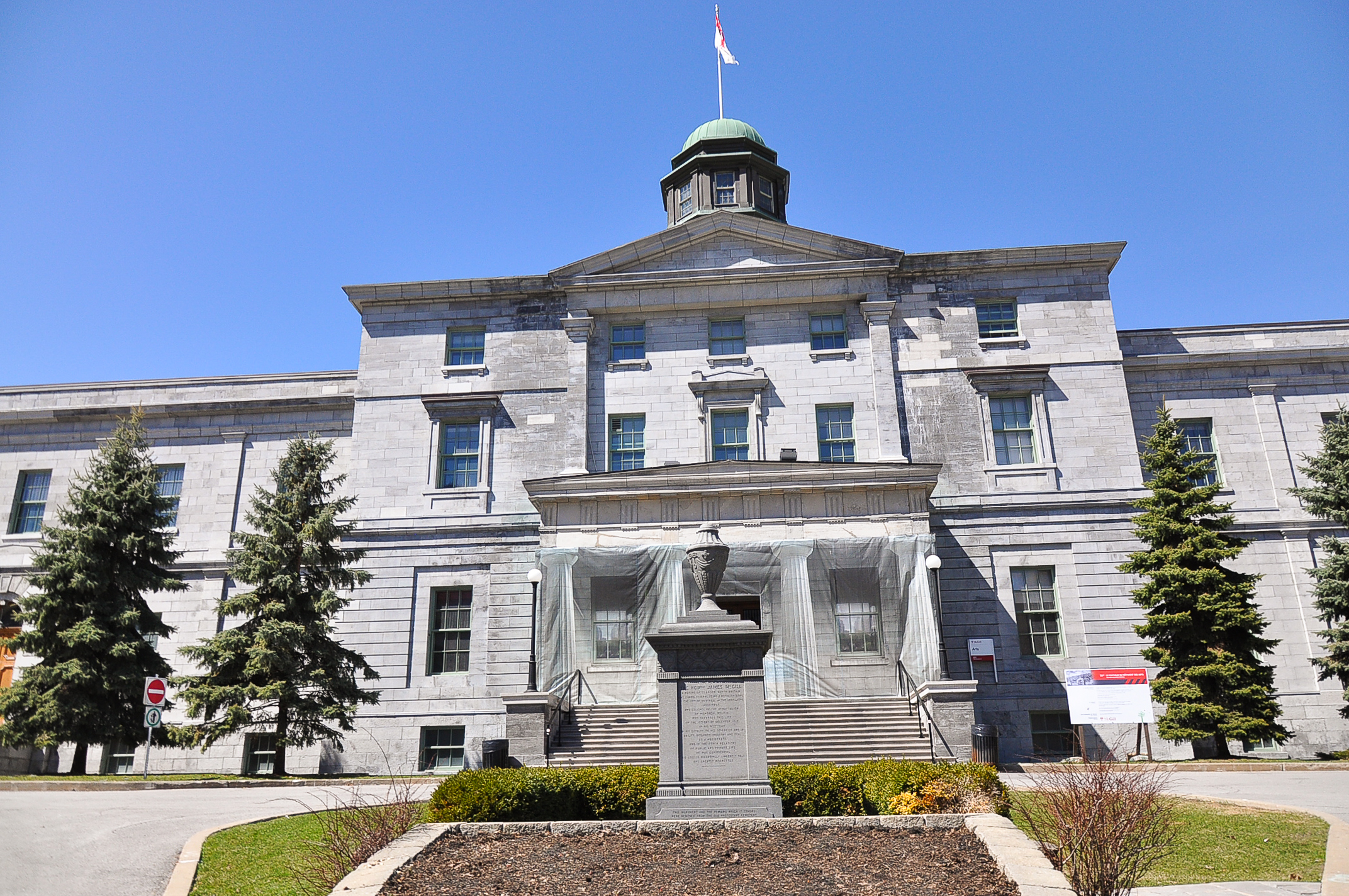 The critical articles featured in The Daily’s recent special issue on race are both timely and painfully timeless. In the following response I build on and offer further context for some of the concerns raised in the article “No more excuses” (March 23, Special Issue Pullout, p. 10), which discussed the representation of faculty members of colour at McGill. I do so through drawing on my experiences at McGill over the past four years as well as my doctoral research examining the social relations between Black people and the University.

Students and faculty members have been raising concerns about institutional racism at McGill for at least half a century. Committees, focus groups, and more committees have been formed; reports, recommendations, and more recommendations have been submitted to all levels of the administration. Most of this volunteer labour has been and continues to be done by racialized students and professors, with minimal if any tangible results. The senior administration has consistently refused to acknowledge and address institutional racism at McGill, using the depoliticized framing of liberal Canadian multiculturalism and the strategic pairing of ‘diversity and equity’ in institutional discourses to suggest an automatic cause and effect between the two.

The University has increasingly mobilized the abstract and market-friendly language of ‘diversity,’ such as in the Principal’s Task Force on Diversity, Excellence and Community. This language serves as a container for all forms of difference from an assumed white, middle to upper class, heterosexual, able-bodied, Anglo norm, shifting attention away from demands for equity and toward a notion of shared values such as ‘excellence’ and ‘community.’ For example, despite the extensive work of the 2010 Equity Sub-Committee on Race and Ethnic Relations for the Principal’s Task Force, chaired by Charmaine Nelson, an Associate Professor of Art History at McGill, the administration’s preliminary response generally ignored the specificity of race and institutional racism, broadly defining “diversity” as “reflected not only in race, national or ethnic origin, colour, religion, sex, age or mental or physical disability, but also in language, sexual orientation, gender identity, community, politics, culture, way of life, economic status, and interests.”

Rather than signifying a new agenda and direction shifting away from McGill’s longstanding reputation as a predominantly white, anglophone, elite institution, the “use of diversity as an official description can be a way of maintaining rather than transforming existing organizational values,” as Sara Ahmed wrote in her 2012 book, On Being Included: Racism and Diversity in Institutional Life. In practice, the limited diversity that McGill does seem to value continues to be its international diversity: its ability to extend its economic, social, and political reach to draw students from across the globe.

The white supremacy inherent to many Canadian universities is part and parcel of the colonial contexts within which they were established and developed; and this, I believe, is what makes these spaces particularly problematic and in many cases hostile to Indigenous and Black people.

As an educator, one of the most concerning points raised in The Daily’s article about faculty representation was that “the worst-performing faculties in terms of tenure-track professors who identified as a ‘visible minority,’ ‘ethnic minority,’ or ‘Aboriginal,’ include the Faculty of Education (19.5 per cent) and the Faculty of Arts (22.8 per cent).” Much of my own past work as a community worker and educator in Montreal Black communities has involved organizing to compensate for and struggle against the Eurocentrism and racism of curricula, teachers, and school administrators within Montreal primary and secondary schools and school boards. This work informed my decision to pursue a doctoral program in Educational Studies as well as my current research examining social relations between Black people and the University. Shifting my immediate focus to universities as the production sites of knowledge and power and to the university programs within and by which education and other social, cultural, and political workers are schooled has, quite frankly, explained a lot.

In the spring of 2013, as VP Diversity and Equity of the Education Graduate Students’ Society (EGSS), I authored a report titled “Diversity and Equity in the McGill University Faculty of Education,” calling attention to the ongoing lack of racial diversity and the persistence of institutional racism at McGill despite years of organizing and activism, particularly by students and faculty members of colour. While these teachers and learners have consistently created alternative pedagogical initiatives and spaces to better address their concerns and meet their needs outside of the university’s official channels and structures, they have also demanded accountability and change from within the institution. The report was endorsed by EGSS Council on May 1, 2013 and submitted to all professors in the Faculty as well as to the Dean of the Faculty of Education, on May 9, 2013.

For what I believe to be a variety of reasons, including fear, ambivalence, apathy, and strategic disengagement from institutional structures, only one professor responded: she assigned the report to her graduate classes in the fall of 2013, and invited me and my EGSS colleagues to visit her classes and to discuss the report with her students. Several graduate students expressed to us that while they had recognized or experienced institutional racism at the university, they were afraid to speak out against it. One international student shared that reading the report had made them aware of how they had come to McGill aspiring to become a teacher in Quebec, but through their experiences in the Faculty had internalized the notion that people of their background are not teachers here and had abandoned their goal. This points to the broader consequences of teacher education programs that offer neither racially diverse faculty nor curricula that reflect the impacts and contributions of decades of critical race and Indigenous studies in academia.

That the Faculties of Education and Arts are reported to be those with the fewest “‘visible minority,’ ‘ethnic minority,’ or ‘Aboriginal’” tenure-track professors at McGill is particularly striking because these faculties are arguably the most prominent sites of contemporary race-related research and scholarship, with professors conducting all manner of research and claiming pedagogical expertise in critical race theory, Indigenous studies, postcolonial theories, inclusive education, and social justice education. The highly active and engaged memberships of Canadian academic organizations such as the Researchers and Academics of Colour for Equity (R.A.C.E. Network) and the Black Canadian Studies Association, as well as the longstanding transnational Critical Ethnic Studies Association demonstrate the ridiculous nature of assertions of a lack of qualified racialized professors within these fields.

Canadian scholars of colour have and continue to make critical contributions to their fields, including (but by no means limited to) those challenging some of the academy’s outdated and limited assumptions, agendas, and practices. Clearly, the issue is not a lack of qualified scholars. It must be underscored that this failure represents an ‘intellectual deficit’ within the university itself. As Nathan Richards, a freelance digital journalist and doctoral researcher at Goldsmiths University noted regarding universities in the UK, the failure to engage “the vast perspectives and experiences of the communities within this country or from the people roaming the halls of our universities; and [the ongoing] marginalization of certain groups negatively impacts social and political policy, policing, law, media, the arts and pretty much every facet within our society.”

An ever-expanding corpus of research on Canadian universities has demonstrated the persistence of deeply embedded structural racism and biases against racialized faculty. According to University Affairs, Canadian universities have responded to this research “with reams of reports, commissions, committees, policies and plans. Not only do most have equity or human rights departments and offices, but the majority also state they want a more inclusive academy.” Yet, they fail to make progress on racial equity and progressive structural change. McGill has a pervasive and deeply embedded “culture of whiteness,” including a clear racial hierarchy that puts Black and Indigenous students and faculty at the very bottom.

Despite the rhetoric to the contrary, this institutional racism is not merely the unfortunate result of recent austerity measures and the underrepresentation of Black and Indigenous professors is certainly not due to a lack of qualified potential candidates. The white supremacy inherent to many Canadian universities is part and parcel of the colonial contexts within which they were established and developed; and this, I believe, is what makes these spaces particularly problematic and in many cases hostile to Indigenous and Black people. As several students and scholars who I have interviewed for my research have asserted, the University’s institutional texts, discourses, and display practices constantly celebrate McGill’s colonial roots while ignoring and erasing the realities of colonial dispossession and violence. Most of these people are well aware that James McGill was a colonizer who both owned and traded in Black and Indigenous slaves and many are both offended and deeply troubled by the University’s promotion of James McGill’s persona, most obviously through the prominent positioning of his skull and bones in the tomb outside of the Arts Building and of the statue enacting his immortal presence on lower campus.

A group of Black academics at the University of Cape Town (UCT), in solidarity with student activists involved in the #RhodesMustFall movement, recently asserted that the statue of British colonizer Cecil John Rhodes on the UCT campus is “a key sign of the larger symbolic landscape of the university’s failure to transform, [which] includes: the artifacts and names allocated to space across our campuses; the under-representation and under-valuing of black academic staff at all levels; the offensive discourse around standards and performance; and curricula that largely disregard African knowledges and practice in all their complexity. All of this contributes to an alienating institutional culture for black staff and students across the institution. [These are] key areas on which the university must focus in order to advance real transformation.”

In addition to calling for the removal of the Rhodes statue from the UCT campus, the movement demands “the inclusion of an Afrocentric curriculum, the promotion of workers’ rights and an end to outsourcing, and the employment of more Black academics.” As one student activist adeptly put it, “From the time that it was colonized there was never an attempt to decolonize the university. The university culture is still very white, it’s very elitist, [it’s] patriarchal, and it’s very heteronormative.”

As noted by writers on Africa is a Country, “Rhodes must fall everywhere.” The statue on the UCT campus was indeed taken down on April 9. However, Rhodes’s statue in this context represents much more – it is a symbol of the ongoing celebration and perpetuation of the colonial ideologies upon which so many settler colonial colleges and universities like McGill were founded, and more broadly, of the lasting colonial relations and racial hierarchies in universities – whether in Canada, South Africa, or elsewhere.