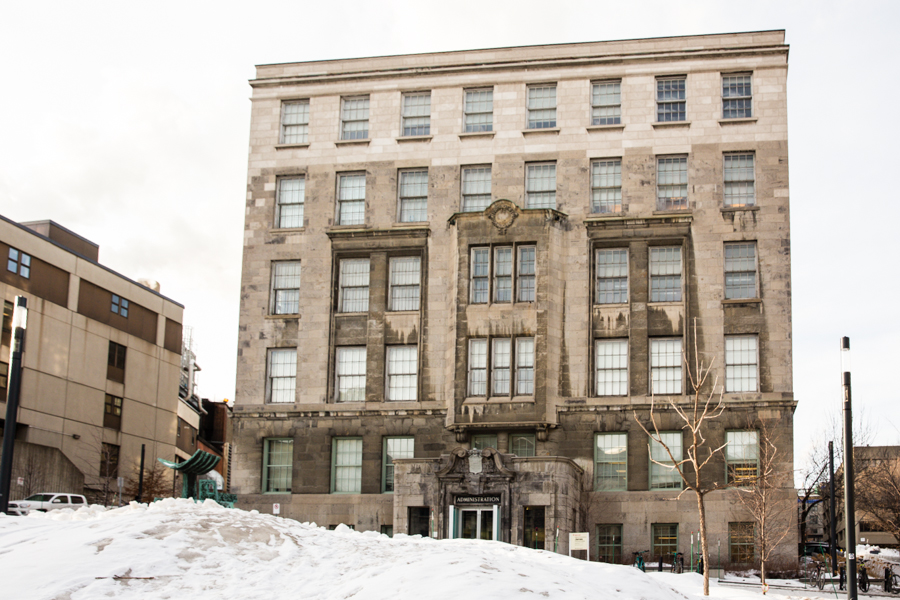 Increased overhead costs paid by Student Services to McGill, in addition to increased cuts in university funding transfers to these services, means that the McGill Student Services budget will see significant and unsustainable strain in the coming years.

Erin Sobat, Arts Undergraduate Society (AUS) VP Academic and undergraduate student member of the Senate Committee on Student Services (CSS), explained to The Daily that with the higher overhead payments next year, Student Services will be eating into its $6 million budget surplus more quickly than anticipated.

Originally, CSS had planned to spend the funds over a five-year period, this year drawing down on the surplus by channeling $500,000 into the Innovation Fund, and $500,000 to counteract the operating deficit. However, with the 2.5 per cent overhead fee imposed by the central administration increasing to 3 per cent, Sobat predicts that the surplus could be gone in as little as two years, meaning the only way to continue current levels of service would be through a significant student service fee increase. Particularly given that overhead charged in 2018 is forecasted at 5 per cent.

Jim Ghoshdastidar, PhD student and member of CSS, characterizes the increase in overhead charges as “students […] essentially being levied with a back-door tuition increase.”

Members of CSS are especially concerned about the lack of sustainability surrounding this current model, given the importance, as well as vulnerability, of certain programs under the Student Services umbrella, such as the Office for Students with Disabilities (OSD).

The OSD is one of the many programs that McGill must offer under provincial law, yet its financial burdens have been incorporated into Student Services. Elizabeth Cawley-Fiset, postgraduate CSS member and Health Commissioner at the Post-Graduate Students’ Society (PGSS) told The Daily that this is but one example of a pattern in which McGill forces legally mandated programs onto Student Services.

“How can you say that […] students with mental health issues should have to wait on a five-month waiting list? Or that, if you have a scholarship, you should pay for the office that disburses it? And then, the worst part is, if you have a disability, you have to pay for your own supportive services.”

CSS has attempted to address concerns by proposing moving certain services, such as OSD, out from under the Student Services umbrella. However, CSS members have been unable to communicate with Deputy Provost (Student Life and Learning) Ollivier Dyens about this project, as he was unable to attend the March 20 CSS meeting, and will not be at the next one.

Cawley-Fiset noted, “There’s zero regulation, as far as I know, at this point in terms of what they can charge. So the people that are receiving the overhead fees and benefitting from this are also the people who decide what the percentage is.”

In an email to The Daily, Students’ Society of McGill University (SSMU) VP University Affairs Claire Stewart-Kanigan noted that, per her understanding, “money earmarked by the government as for ‘services for students’ that generally goes to Student Services may start going to more units across the university that do not fall under Student Services.”

Student Services is an office run on student fees, but, as Sobat noted, even if CSS does ask for a higher student services fee, it can’t be sure that all this money would be going into Student Services rather than the central administration.

Student Services Executive Director Jana Luker told The Daily that she acknowledges that many students “feel that services developed due to government regulations should not be paid for by Student Service fees.”

While McGill receives money from the provincial government intended for student services, Sobat noted that there remains a lack of transparency regarding the allocation of these funds.

Incoming SSMU VP University Affairs Chloe Rourke told the Daily that“It’s been very difficult as a representative to get any clear information, and I think it’s difficult for Student Services to get that information as well. And that’s why you get contradictory reports. The University needs to take on more responsibility [in terms of communicating this information] to the rest of the McGill community at all levels, not just Student Services.”

Rourke noted that she was also concerned that maintaining the status quo for service provision would not suffice under this new model. While all units are taking cuts, she said that “Student Services are critical to student success and are a backbone of our community and our institution.”

Cawley-Fiset shared this sentiment. “The University is in a massive budget crisis, I don’t doubt that. But Student Services, in the grand scheme of McGill University, is like a drop in the bucket, and it has such a profound impact on the student experience.”