The notion of community according to The Daily 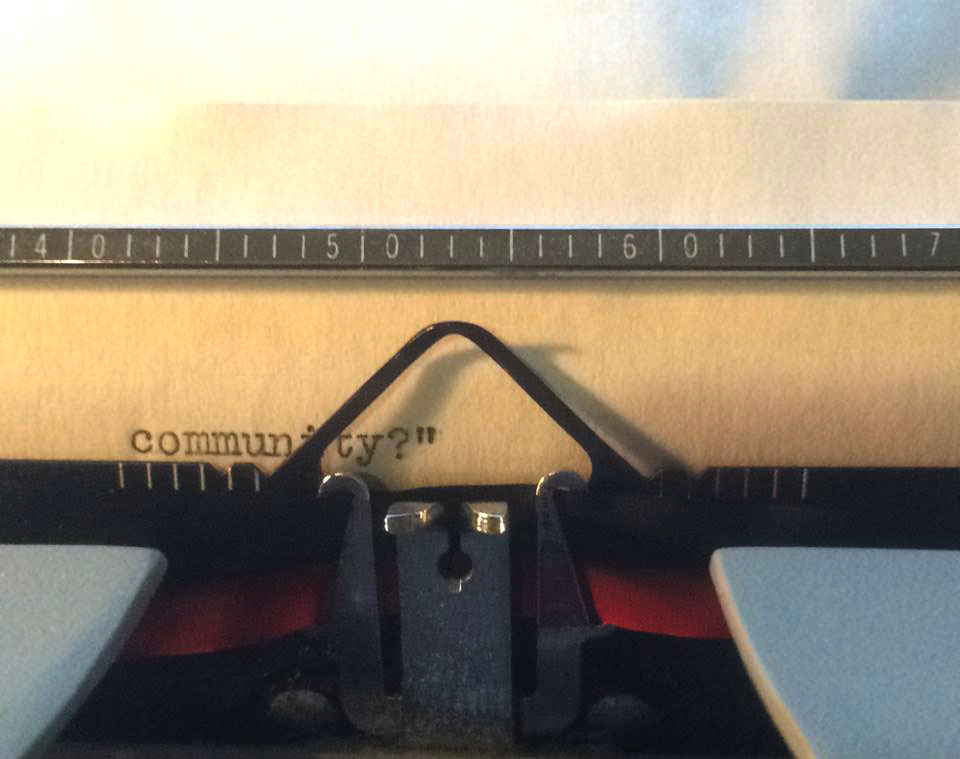 The Daily invokes the idea of ‘community’ in its writing time and time again, with an impetus toward engaging the reader to believe that this nebulous and always different concept is what The Daily serves. The misuse and overuse of words such as community, neoliberalism, colonialism, and misogyny (to name a few) turn what were carefully thought-out, philosophically-backed concepts into mere buzzwords. Two years ago, a Daily bingo game was released online gesturing to this exact critique.

So, let’s talk about the use of the word ‘community.’ For the most part, The Daily intends to use the word positively, and generally tries to apply it to marginalized groups. In doing so, The Daily is contributing to a form of community-building itself. With that in mind, it’s important to think about what kind of ‘community’ it wants to support, and to be careful in using the word community to describe just any group.

The term itself, though, can be described as neutral, for is the silent majority not a community of sorts? The groups of people as included in this term ‘community’ are not so clear-cut.

“Algonquins of Barriere Lake file lawsuit against government, managers,” (February 23, News, page 7) reports that the “community cites mismanagement.” Community in this piece clearly refers to the members of the Algonquins of Barrière Lake.

In “Diversifying environmentalism,” (February 23, Features, pages 13-15) the writer discusses “community-building” in the context of the Green Belt Movement based in Nairobi that has been planting trees in Kenya. Community here describes the women in this organization and those who will be affected positively in Kenya.

On February 2, “‘Living Laboratory’ seeks community ties” (February 2, News, page 8) outlines the McGill and L’École de technologie supérieure’s social development project called Quartier de l’Innovation (QI), which is attempting to reach out to the “Montreal community.” Community, when mobilized by the QI project, denotes a sort of charitable status: those in the ‘community’ must be helped and given some form of aid. Basically, it seems that QI is into helping communities in the same way the West is into aiding the developing world. Within the article, QI’s articulation of community was criticized by the coordinator of the Coalition de la Petite Bourgogne as “not very grassroots.”

Is community, then, something that always has to be built? Or does it exist already?

When using the term community within its pages, The Daily should note the kind of message it is giving. Every single issue discusses different conceptions of community – the vagueness of which is apt, seeing as the boundaries of communities are constantly being renegotiated.

However, the mobilization of the word community can be positive or negative, and The Daily’s use of the word community is not positive enough. Community is a term that is easily co-opted, and as demonstrated by the news article on QI, it is often by corporate interests. Journalists must question the language they use, especially when it comes to words like ‘community.’ For example, ask the interviewees what that word means to them. Ask representatives of QI why they are interested in engaging with the ‘community.’

The Daily has no clear idea of what community has the potential to mean. My question is, why?

Readers’ Advocate is a twice-monthly column written by Hera Chan addressing the performance, relevance, and quality of The Daily. You can reach her at readersadvocate@mcgilldaily.com.