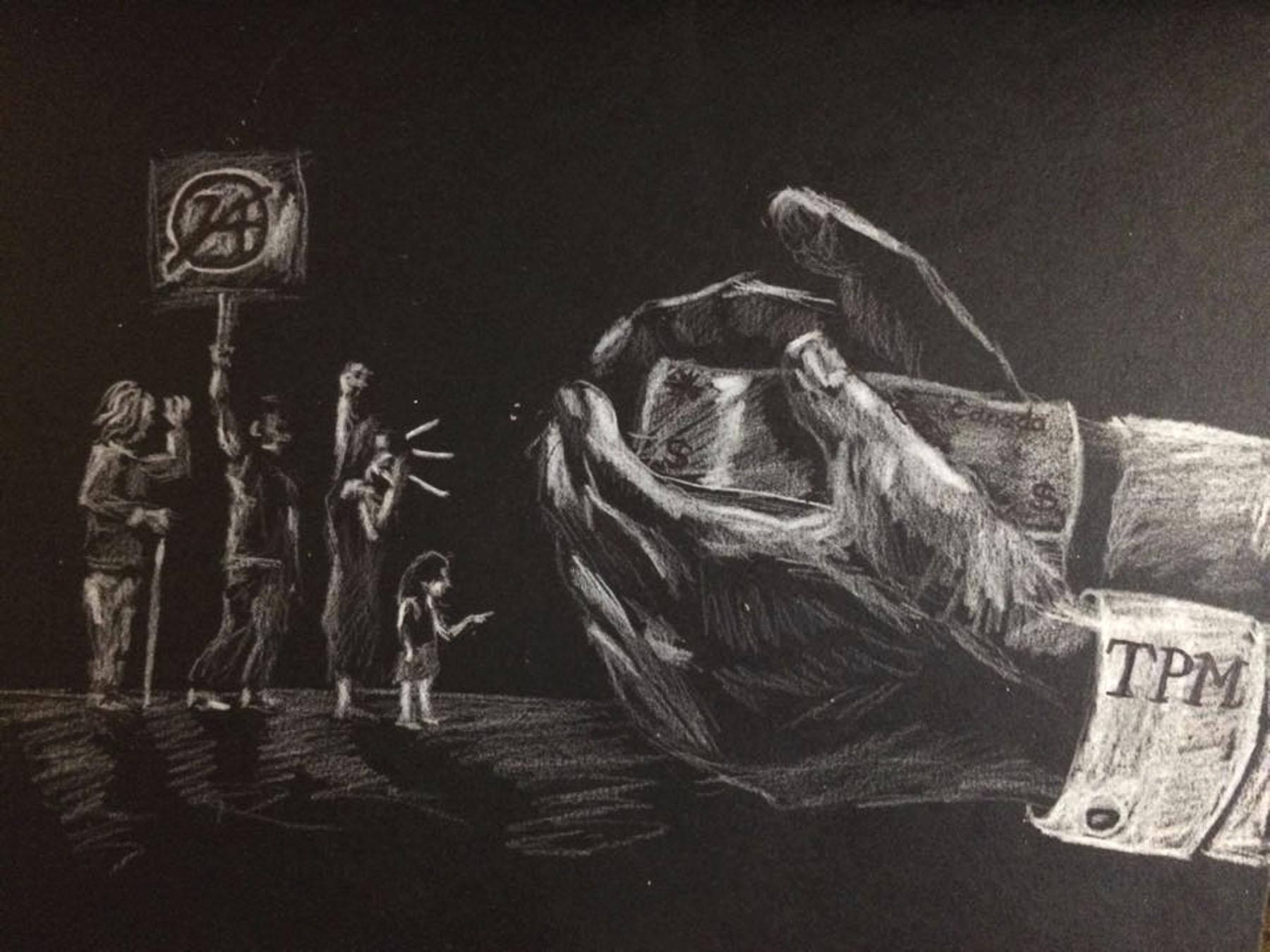 As part of their ongoing struggle against the Canadian government, the Chief and Council of the Algonquins of Barriere Lake (ABL) have filed a lawsuit against the government and their current and previous third-party managing companies, Hartel Financial Management Corporation and BDO Canada.

The lawsuit, filed on January 30 for $30 million in damages, claims that the government and managers have harmed the community “by mismanaging and withholding funds that were to be used for the benefit of the community and its members,” according to a press release from the ABL.

The managers currently hold the community’s money in a trust, according to the press release, effectively placing the ABL community’s funds out of their control and leaving the community with little agency over its own finances.

“As it is now, the community is dissatisfied with how third-party management has continuously kept us in the dark,” Barriere Lake’s Interim Director-General Tony Wawatie told The Daily.

“We have requested information regarding our financial status, and it was repeatedly refused or ignored,” Wawatie continued. He added that the managers did not work well with the ABL and did not listen to what the community members asked of them.

The press release expanded on this discord, noting that managers have “ignored our reasonable requests for basic information, and have bounced cheques to suppliers, interfered with our economic relations with suppliers, hired and fired employees without authority, and otherwise proven themselves completely unconcerned with the interests, wellbeing, and future of our community.”

According to both Wawatie and the press release, the managers charged millions of dollars in fees to the community, as they take a 10 per cent fee of every project they take on, whether or not the deficit is reduced. This money was paid by the ABL community, even though the ABL did not want the help of the managers.

This lawsuit comes after growing tension between the third-party management program and the ABL. Last December, the ABL sent out a press release calling for food and donations for 15 Algonquin families, including 25 children, to whom the federal government refused welfare checks after the ABL failed to comply with the First Nations Financial Transparency Act as protest against the community’s lack of agency over its own finances under the third-party management system.

According to a document released by the ABL in 2014, Barriere Lake has been reduced to 59 acres of reserve, on which “the socioeconomic conditions of the community are extremely poor.” The unemployment rate ranges from 80 to 90 per cent, and a housing crisis has lead to on average seven people living in a home, though this number can be as high as 18 to 23 people.

“Our members continue to experience [abject] living conditions, in spite of the tremendous wealth generated through resource extraction within our traditional territory,” the press release reads. “Our roads, water, hydro, school, and social services remain gravely underfunded, when compared to the funding available to Canadians living in non-First Nations communities.”

James Campbell, a member of the educational activist network Educators for Peace and Justice, condemned the management system and expressed solidarity with the ABL.

“The imposition of third-party management is simply the latest stage of the federal government’s attempts to break any and all forms of resistance by the people of Barriere Lake,” Campbell wrote in an email to The Daily on behalf of Educators for Peace and Justice.

“It is only possible because of the continued existence of an explicitly racist [and] white-supremacist piece of legislation [The Indian Act]. It is a direct attack on the people of Barriere Lake and we support their fight against the racist laws and policies of the Canadian government.”

“There [have] been many different ways that the Canadian and Quebec governments have tried to destroy the community and the language and the culture and the way of life that the Algonquins of Barriere Lake have,” noted Kira Page, external coordinator of Quebec Public Interest Research Group (QPIRG) McGill.

Educators for Peace and Justice and QPIRG McGill were two of over fifty organizations who supported a list of demands set forth by ABL in 2008 to the governments of Quebec and Canada, insisting these governments honour the agreements of 1991, 1997, and 1998, and respect the self-sufficiency of the ABL and the conservation of their languages and culture.

Wawatie noted that the current management system goes against these two agreements, and that since the signing of the 1991 and 1998 agreements, the Quebec government has done little to nothing to ensure the self-sufficiency of the ABL.

The ABL has long resisted the Canadian government’s attempts to impose regulations and programs and promote resource extraction on their lands.

They have employed legal actions in the past – they filed a lawsuit against the federal government in 2010 after the Minister of Indian Affairs forced them into adopting an elective governance system, under Section 74 of the Indian Act, which implements a foreign system of governance onto the community, invalidating customary leadership structures as a legitimate source of governance.

“The imposition of third-party management is simply the latest stage of the federal government’s attempts to break any and all forms of resistance by the people of  Barriere Lake.”

According to barrierelakesolidarity.org, a platform sustained by the Barriere Lake Solidarity QPIRG McGill working group, this band council has made deals with forestry companies and other industries, against the general desires of the community, and now Barriere Lake sees the extraction of $100 million in resources annually, none of which goes to the ABL.

The ABL have also worked in collaboration with other communities and community organizations to resist these measures, holding protests in Ontario and Quebec to protest the Section 74 electoral process.

In 2008, the ABL created a blockade on the highway that passed through their lands, demanding the government give the community a voice in the decision to develop 10,000 square kilometres of the land on which they live.

A video on their website describes the struggle of the ABL.

“Our Algonquin community of 400 people is fighting for control of our land, our government, and our way of life,” says an unidentified voice. “We will not back down. We will never back down, our parents and grandparents did not back down, and that is why our land is still protected.”