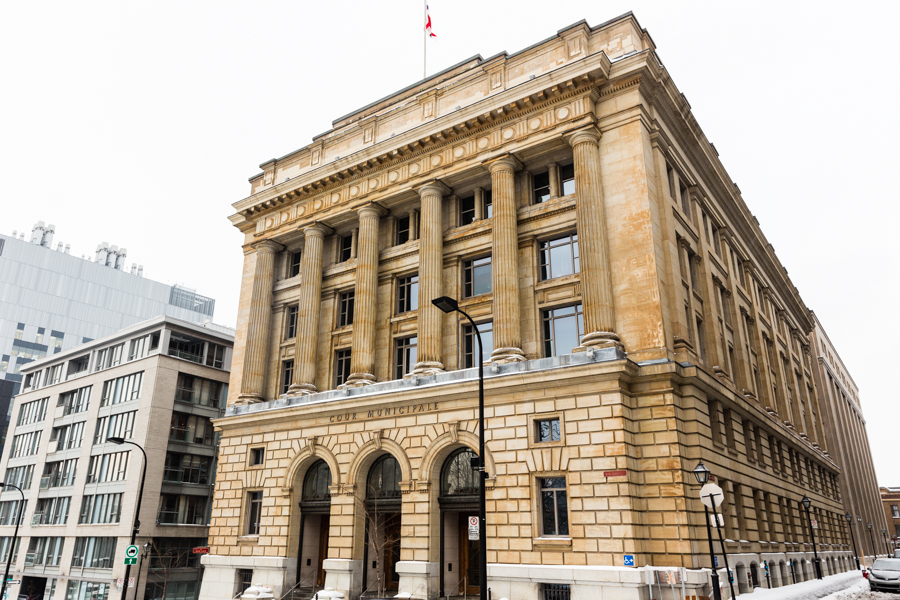 In a statement released on January 28, the activist legal clinic Contempt of Court announced that over eighty people who had been charged and fined under the P-6 bylaw at the March 2012 anti-police brutality demonstrations had their charges withdrawn. The trial, set to begin on January 29, was cancelled by the prosecutor.

Municipal bylaw P-6, which regulates demonstrations, was amended in May 2012 to make it illegal to demonstrate without submitting a planned itinerary to the police. Over 3,400 fines, each usually amounting to $637, have been distributed since 2012, with hundreds of protesters contesting their tickets in court. In some cases, charges have been dropped, while others have accepted plea bargains or have been found guilty.

“The [P-6 bylaw] restricts our rights to peacefully gather and express our opinions in a public place,” Collège de Maisonneuve professor Julien Villeneuve told The Daily.

“It forces us to enforce [the] itinerary, if it’s not enforced then everyone can be held responsible for that, and that has a lot of problems, [one of which is that] it forces us to be our own police.”

Villeneuve, who became known as Anarchopanda during the 2012 protests thanks to his panda costume and mask, was arrested five times under P-6 and is involved in a multitude of legal battles over the bylaw. In addition to contesting his tickets, he is contesting the constitutionality of the bylaw in the Superior Court of Quebec, and is one of eight people spearheading class-action lawsuits against the city over conditions of arrest and detention.

He noted that many of the charges that have been withdrawn have been so due to technicalities such as legal proceedings that have taken too long or erroneously filed paperwork. However, for him, the real argument is over the constitutionality of the bylaw, which might clash with the Quebec Charter of Human Rights and Freedoms.

“It forces us to enforce [the] itinerary, if it’s not enforced then everyone can be held responsible for that, and that has a lot of problems, [one of which is that] it forces us to be our own police.”

Villeneuve is also challenging section 3 of the bylaw, which prohibits protesters from covering their head with a hood or a mask without a reasonable cause. Villeneuve argued that there are several reasons to wear a mask that are in no way related to criminal activities.

“Those that are frightened of work repercussions, or people with a difficult legal status that might have problems with immigration, one could join a parade for gay rights while staying in the closet,” said Villeneuve. “We think that people have a right to express themselves [anonymously] in a public space – especially these days when everything is filmed.”

“[As things stand] the police could give P-6 bylaw tickets to almost everyone that’s not on their own [in] the public domain.”

The ambiguity of the bylaw is another issue, as section 2 restricts any “assembly, parade or other gathering” without prior disclosure, while section 3 prohibits wearing a mask without a “reasonable motive.” Villeneuve said that the interpretation of those terms is left to the discretion of the police.
“[As things stand] the police could give P-6 bylaw tickets to almost everyone that’s not on their own [in] the public domain,” said Villeneuve.

Last August, the Superior Court authorized eight class-action lawsuits on behalf of 1,600 people arrested under P-6, through which protesters are seeking compensation for their conditions of detention and arrest.

The kettling process used by the Montreal police is a tactic for containing large crowds during gatherings. It involves a large formation of police surrounding the crowd and moving in to contain the protesters so that they can be arrested or given tickets. Kettling was used during the student protests, such as when 518 arrests were made during a single demonstration in May 2012, as well as during the annual marches against police brutality in 2013 and 2014.

“We were detained for many hours without access to water or washrooms. Political profiling occurred, since police let some people go solely based on their age or clothing.”

“We were detained for many hours without access to water or washrooms,” Perry Bison, the representative for the lawsuit concerning the March 15, 2014 anti-police brutality march, said in French at a press conference on August 26. “Political profiling occurred, since police let some people go solely based on their age or clothing.”

“Of course, not having access to food, water or toilet for that long is really problematic,” Villeneuve told The Daily.

As for the constitutional challenge of the bylaw itself, Villeneuve said that he remains hopeful of the outcome of the judgement.

“The trial went really well as far as I’m concerned,” said Villeneuve. “Even an appeal judgement in our favour would be useful legally at this point, and I think we would win on appeal if it has to go that far.”