Peeling back the wallpaper 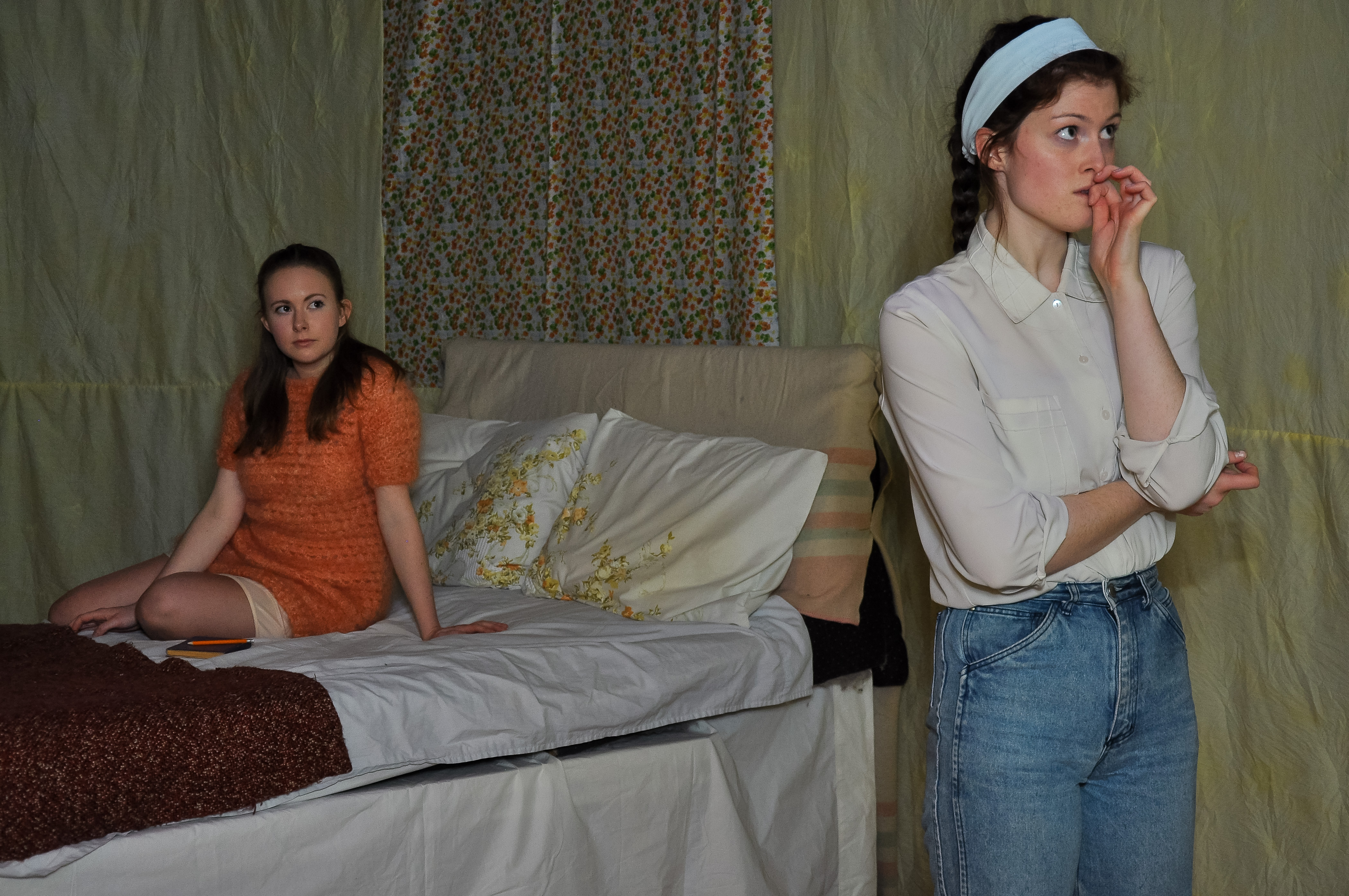 One Victorian woman and a story of prescribed madness. Adapted from Charlotte Perkins Gilman’s short story, TNC’s The Yellow Wallpaper is a one-act play that centres on Jane, who is diagnosed by her husband, John, with temporary nervous depression.

Jane is left completely isolated in the upstairs room of a mansion, and prevented from doing any physical activity. She is instructed by John to merely rest, or remain passive, voiceless and withdrawn, causing her to deteriorate into compulsiveness. Her room is lined with a yellow wallpaper which quickly becomes the object of Jane’s obsession. As time passes, Jane begins to realize her wrongful confinement, questioning her husband’s intentions as well as her own apparent ‘illness.’ The more aware she becomes of the absurdity, the more desperately she tries to escape. She begins to imagine a woman plastered behind the wallpaper, moving about the walls yet remaining trapped inside. In identifying with this figure, Jane grows horrified, and becomes convinced that the woman (or she herself) must be freed.

Directed by Grace Jackson, the play stars Connor Spencer and Rachel Stone both as Jane. Jackson breaks up Jane’s narration between the two actors, intending for them to be in conversation. She means for this to be symbolic of “the different aspects of a character,” as she tells The Daily in interview. Having two women on stage at once also creates a sense of solidarity, with both actors effectively and harmoniously portraying Jane’s inner complexity. Spencer’s eyes in particular stand out, engaged and animated as the character develops.

Writing becomes Jane’s liberation; in this way, the play presents a form of female rebellion against the confines of a patriarchal establishment.

The set is bordered by patched yellow bedsheets, meant to represent the wallpaper; as if alive, the sheets billow slightly. These subtle choices echo the illusory woman trapped behind the paper. Her presence, too, suggests that the paper is animate. The lighting creates a shadow on the sheets when cast at one of the two actresses, projecting an image of a shadowy ghost. When asked by The Daily to expand upon the meaning of this visual effect, Jackson explained that the woman behind the paper was “left up to the viewer’s imagination.”

This play has a feminist appeal. The symbolic nature of the room and the wallpaper alludes to a woman’s enforced, societal role as an object being domesticated. Framing Jane’s situation as a consequence of a man’s diagnosis further evokes these themes of patriarchal oppression. However, the oppression evolves into a story of resistance, as Jane begins to fight back against her captivity, tugging at the bed that is nailed to the floor. With the story relayed through Jane’s first-person narration, her voice becomes the focus, whereas John’s is left unheard until the end – he is rendered the passive figure.

Though the story of Jane is set in Victorian England, it rings true today as it grapples with the social effects of how mental illness is constructed. During this era, hysteria was a common medical diagnosis, meant to keep women removed from the public sphere. Jane’s condition epitomizes this history, making it clear that her condition is imposed rather than inherent.

Jane confronts such themes through the process of finding her own written voice, which is a profoundly feminist response. As Jane narrates the story, she frequently turns to her diary, even though she is instructed not to. Writing becomes Jane’s liberation; in this way, the play presents a form of female rebellion against the confines of a patriarchal establishment. As Jackson explains, “the process of writing is her way of fighting back.” This mirrors Charlotte Perkins Gilman’s act of writing the original story after having gone through a similar experience, Jackson notes. “We are meant to experience the story through Jane’s words,” she says. The story, as written by Perkins and brought to life by Jackson, becomes an emblem of female authorship, a strength and voice that ultimately breaks out from the wallpaper, exposed for all to hear.