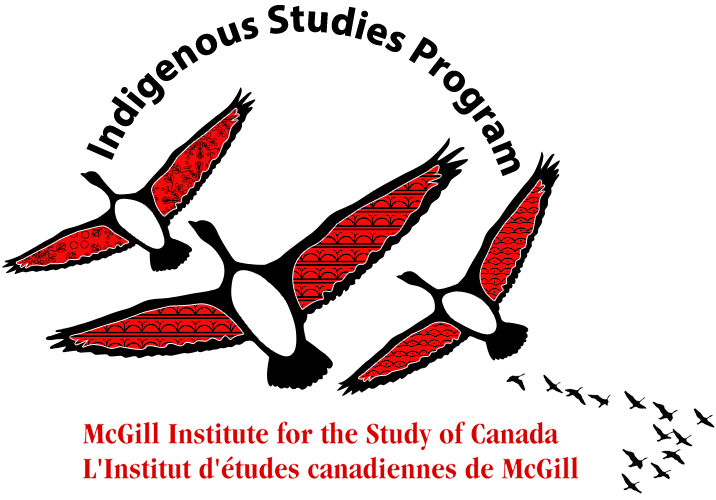 The Indigenous Studies program launch brought a little taste of what decolonization could look like to the Faculty Club at the tail end of last semester, on December 10. The program, which will be housed under the McGill Institute for the Study of Canada (MISC), officially launched its interdisciplinary minor program to the rites of formal celebration after many years of students and advocates bringing Indigenous issues to the forefront of McGill’s imagination.

New academic associate of the program and emcee of the launch Allan Downey of the Nak’azdli First Nation described it as “really a historic moment for McGill.” McGill Institute for the Study of Canada (MISC) Director Will Straw cited the program as a result of “research, reflection, and activism that’s been going on for many years on the part of students at McGill and the Indigenous communities on campus.”

According to its description, the minor program will investigate “historical, social, and cultural dimensions of Indigenous life in Canada.” Courses will look at the treatment of Indigenous life, the experience of Indigeneity and gender, Indigenous resistance to the Canadian government, and other topics. In future years, the idea is for the program to expand to include a major option, and many have hopes for an institute on campus one day.

“Decolonizing McGill means that [decolonization takes place] in every discipline and in every field.”

The celebration of the program launch included introductions by Dean of Arts Christopher Manfredi, Straw, Downey, and Elder Jean Stevenson of the Peguis First Nation – all of whom acknowledged the Haudenosaunee land on which McGill continues to be housed, the same land on which this article was written. Performances by the Buffalo Hat Singers and Kahnawake rapper Will E. Skandalz graced the Faculty Club, along with a speech by former student Pamela Fillion, a key player in pushing forward the program.

According to the Indigenous Education Advisor at the Social Equity and Diversity Education office (SEDE) Allan Vicaire, talk of an Indigenous Studies program at McGill can be dated back to the 1980s, when former student and now professor at Yale University Ned Blackhawk put out a callout for one. In a document entitled “McGill Community Vision for an Indigenous Studies Program: Forum Report,” put together by Students’ Society of McGill University (SSMU) student researcher and Métis person from Manitoba Brett Lamoureux in 2013, the earliest attempt of establishing a program is cited as dating from the early 2000s.

Downey, in a preface to the telling of one Haudenosaunee creation story, described the “colonial dust” that has clouded the senses of academic institutions and Canadian society at large. The legacy of McGill, its founder James McGill and his role in colonialism, the placing of the Hochelaga Rock, and what it means to decolonize a space like McGill remain contested topics.

“I’ve learned over the years that for many, the idea of Indigenous Studies as a separate program can be controversial because of how it contains Indigenous knowledge, history, and politics as something separate from what is considered foundational in a university education,” said Fillion in an interview with The Daily, adding, “One of the things that I think would be important for decolonizing McGill is to have Indigenous content in every department, in every faculty. This is why the interdisciplinary aspect of the minor program is so important.”

A phone interview with Straw brought forth similar conclusions. To him, “decolonizing McGill means that [decolonization takes place] in every discipline and in every field.” He described how “that’s starting to happen and it’s way too slow. It’s way too slow at McGill, but there are courses now on Indigenous literature, Indigenous art, obviously history, and so on. Those just have to be a much bigger part of the things we learn here.”

“I can assure you that we are more than feathers and sashes and inuksuks.”

The minor, which all speakers said would not have been possible without the strong student push and collaboration with Indigenous groups at McGill and at large, serves as a first step to Indigenizing these spaces. In his speech, Downey said that “by recognizing that Indigenous knowledge offers legitimate ways of understanding the world, we have an opportunity to accept that Western ways of knowing are not the fundamental truth.”

On reflecting on his research experience, Lamoureux said in a phone interview with The Daily, “Like many other students, I found that there was a lack in integrating the Indigenous knowledge in the university setting, and a lot of it isn’t taken seriously by academics yet,” and that at McGill, he was “pleasantly surprised how non-Indigenous people wanted to study Indigenous perspectives and knowledge.”

In the Forum Report, 70.45 per cent of those polled indicated it was “very important” to have First Nations, Inuit, Métis, and Native American community leaders as course instructors. Zero per cent indicated that this was “not very important,” or “not important at all.”

When asked if there would be preference given in hiring practices to Indigenous course instructors, Straw said, “Clearly, we want to say that we want people who understand the issues the best and have the appropriate level of education. And I think it’s important at McGill that we have Indigenous faculty and teachers.”

Establishing the minor program was no easy task, as issues arose regarding its housing location, the cost of establishing a standalone department, and program advocates not having enough supporters within the University’s bureaucratic system to get things moving forward. “It took a while for me to figure out the process of how programs actually go through beyond the straightforward process on paper,” said Fillion.

“When we talk about processes that aim to be democratic – there are built-in structural barriers to stop people, even with strong numbers, from getting what they want.”

“I wasn’t a student politician, I was a student,” related Fillion, describing how the minor had to come into fruition sooner or later with all the work done around it – including the 2009 establishment of the KANATA Indigenous Studies community, which also produces an academic journal. KANATA made a formal recommendation and submitted a proposal, with faculty and staff support, for the establishment of the program to the Principal’s Task Force on Diversity, Excellence, and Community Engagement in the winter of 2010. The Aboriginal Affairs Working Group, made up of faculty and staff, also presented to the Task Force, recommending a minor program.

“The administrators have the power, and they need to be using that power. As a student who wasn’t a Senator nor a representative of a student union, I definitely got a really good, and at times confusing, taste of the McGill red tape when I was working on this,” Fillion said.

“When we talk about processes that aim to be democratic – there are built-in structural barriers to stop people, even with strong numbers, from getting what they want,” Fillion added, expressing hopes that what she considers a belated response to the demand for the program will not be replicated in the future.

U4 Science student and designer of the program logo Marcy Maracle wrote in an email to The Daily how she conceived of the design. “[Geese are] a Canadian symbol, as well as a prominent animal in many Indigenous stories,” Maracle wrote, going on to outline that the three geese represent the three major Indigenous groups in Canada – First Nations, Métis, and Inuit peoples.

“Notably, it is part of a well-known creation story, where a woman who lives in the sky world falls through a hole in the clouds. It is a goose that saves her from falling into the water, and helps her rest on the back of a turtle, which eventually becomes earth.”

Embedded in the logo is the same story that Downey told the crowd gathered at the Faculty Club for this “historic moment.”

“I can assure you that we are more than feathers and sashes and inuksuks,” Downey concluded at the end of his launch.

Fillion, in comparing the conversation on campus to other Canadian university campuses, said that there were students she had met who believed that Indigenous peoples existed only in the past.

“We can’t have students leaving McGill who still believe this,” she said.