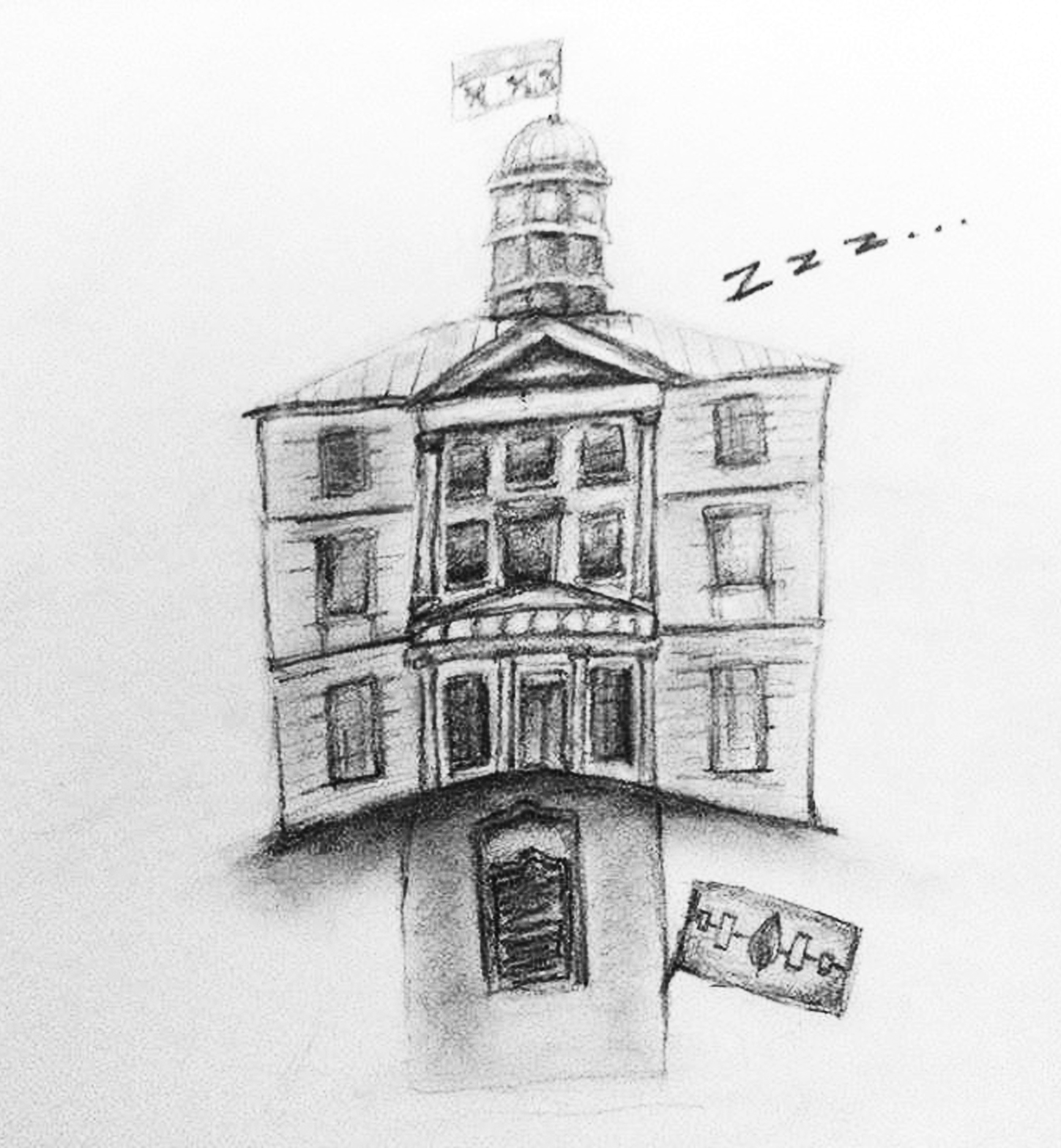 Efforts to have the Hiawatha Belt Flag raised at McGill on certain significant days of the year remain stifled by bureaucracy, with the University failing to address a proposal to that effect submitted by both the Subcommittee on First Peoples of the Joint Board-Senate Committee on Equity and the Aboriginal Affairs Working Group. The relocation of the commemorative Hochelaga Rock, originally proposed in 2012, has also not happened yet.

The Subcommittee has begun work on a third initiative, which calls on McGill to publicly acknowledge that the university is built on Indigenous land. “The way we see it now is pulling our resources together to have a sound package to present to Senate, probably in the late spring, of the traditional territorial acknowledgement,” said Kakwiranó:ron Cook, the chair of the Subcommittee and McGill’s Aboriginal Outreach Administrator, in an interview with The Daily.

“It would be great to see it acknowledged on our website. Other universities embrace their host Indigenous communities. Here, we’re not there yet. It’s proving to be a longer process than any of us expected,” Cook said.

Cook told The Daily that he wrote to the Secretariat in February asking that the Hiawatha Belt Flag be raised on National Aboriginal Day in June and on the day of the annual Pow-Wow in August, but his request was unsuccessful. The Hiawatha Belt, Cook explained, is “a symbol of unification and peace.”

André Costopoulos, the Dean of Students and the chair of the Aboriginal Affairs Working Group, explained that, given that flying the flag is a “bureaucratic process,” other avenues might be preferable.

The relocation of the Hochelaga Rock to a more prominent location was also proposed by the two groups. The rock, which is currently situated on Lower Field, commemorates the Haudenosaunee village of Hochelaga that once stood at McGill’s current location.

According to Cook, the proposal was presented to the Senate Committee on Physical Development in 2012, but there was no funding available to go through with the project.

“One of the biggest problems at McGill right now is the challenge of resources,” Allan Vicaire, Indigenous Education Advisor at the Social Equity and Diversity Education office (SEDE), told The Daily. “[McGill] is faced with a lot of cuts, so all of those projects we’d like to see come to fruition, they don’t happen because of the [lack of] financial resources.”

Legal issues surrounding the ownership of the rock further slowed progress on its relocation. Costopoulos said that the rock does not technically belong to McGill, but instead to Parks Canada, and so moving it would involve a lengthy process of navigating through different levels of bureaucracy.

While the actual status of the Hochelaga Rock’s relocation remains undetermined, minor changes have been made to improve the situation, such as redoing the rock’s plaque, cleaning the area, and planned additions of benches and some traditional Haudenosaunee plants around the rock.