A man with a plan

Mayor Denis Coderre is not doing enough to tackle homelessness 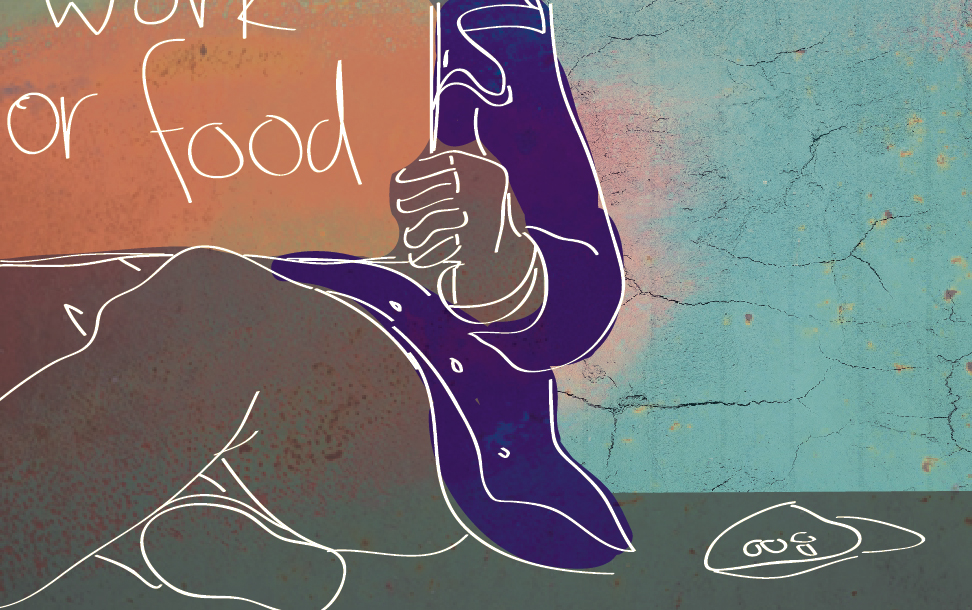 Montreal Mayor Denis Coderre has taken the first political step to dealing with homelessness in the city. Unfortunately, it’s a misguided one. In his method of approaching the issue, he has silenced important voices in the conversation: those of the people who are homeless and their allies.

Though the census will lay the groundwork for Coderre’s new three-year strategy, the plan also includes implementing specific training for police officers on how to deal with people who are homeless; introducing supervised injection sites; creating a “protector of homeless individuals,” an intermediary between City Hall and the homeless community; as well as increasing the number of beds in shelters across the city. These aspects of the plan are greatly needed. However, Coderre’s plan has also raised a few key questions: where are the opinions of the homeless community in the plan? Is this a plan for real social change, or just a political gesture?

For too long, both politicians and the public have neglected the issue of homelessness; in order to address the issue, it must be put on centre stage.

To begin answering the last question, some context on homelessness is needed. According to estimates from the Homeless Hub and the Canadian Alliance to End Homelessness, at least 200,000 Canadians experience homelessness in a given year. On top of that, there are an estimated 30,000 people sleeping outside on any given night across Canada. The annual national cost of addressing homelessness – including shelters, additional police officers, and emergency medical aid – is an immense $7 billion per year.

Research conducted by advocates for people who are homeless suggests a more effective plan. A 2012 report on homelessness in Canada found that spending on emergency responses was more expensive and more detrimental to individual health than long-term alternatives. The report also advocates for two long-term plans: ‘Housing First’ and stigma reduction. ‘Housing First’ is a strategy that uses more funding upfront to provide subsidized and low-income housing. Stigma reduction is concerned with targeting misperceptions about homelessness through media campaigns in order to educate the public, and highlighting the fact that people who are homeless deserve jobs, homes, and respect as much as anybody else. Adopting some of these ideas might actually benefit people who are homeless in the long run. This, however, is not Coderre’s plan.

Coderre’s plan deflects from the real issues. Rather than questioning the city’s continued focus on emergency responses, this new action plan is simply a renewed emphasis on old ideas. Granted, emergency responses are essential and should continue to receive funding, but addressing the wider issue of the social context of homelessness is crucial. Where a social plan was needed, Coderre gave only a political one.

Where are the opinions of the homeless community in the plan? Is this a plan for real social change, or just a political gesture?

There are more problems. First, the funds directed toward tackling homelessness are marginal: out of an annual $4.9 billion operating budget, the city has committed only a modest $2.5 million per year for the plan. Local estimates put the number of homeless people in Montreal at 6,000; that leaves about $417 per person annually, which is a pittance. Second, the logistical plan is ill-conceived. In order for the plan to receive full funding, provincial and federal governments have to agree on the plan as a whole as well as its financial breakdown. On a topic that already has too many politicians and too few homeless voices, this simply invites more bureaucrats to the table. Third, the issue has been tackled unsuccessfully with similar methods in the past. The last homeless census happened more than 15 years ago and, based on that data, the three main Montreal shelters have only been allocated an annual grant of $125,000 each – this number will not increase with the implementation of the new plan. Clearly, this strategy will be hard-pressed to bring about real change.

For too long, both politicians and the public have neglected the issue of homelessness; in order to address the issue, it must be put on centre stage. With systemic and ongoing social problems like famine and disease, charities and activists need what NPR journalist Robert Smith has called a “galvanizing moment” to break the cycle. When the public becomes sympathetic, action is made possible; but if circumstances allow the public to become indifferent, stereotypes develop and action is stymied. With the issue of homelessness, the latter circumstance has been the norm for decades, and Coderre’s plan does not fix that problem.

The homeless census will improve the city’s knowledge of the issue, and the new position of “protector of homeless individuals” will give the homeless more representation in city policy, but this sort of action is not enough.

Coderre’s plan deflects from the real issues. Rather than questioning the city’s continued focus on emergency responses, this new action plan is simply a renewed emphasis on old ideas.

More funding and a reallocation of resources will inevitably be needed to fully address the issue, but misperceptions and stereotypes should be the primary target. A study by Hanover, an Australian homeless advocacy and support agency, found evidence that a general fear of people who are homeless, a false perception that people who sleep on the streets are either substance abusers or mentally ill, and a lack of awareness combined with an unwillingness to seek further information drive harmful stereotypes about homelessness. Essentially, a misinformed public is a public that is okay with leaving the people who are homeless on the streets, out of sight and out of mind.

What’s conspicuously lacking from most plans to tackle homelessness, including Coderre’s, is the unique insight of people who have been homeless. Those who have personally experienced homelessness and those that have worked in shelters have developed an understanding of the issue, including what has helped, what has not, and what might. Most importantly, they are aware of the nuances and diversity of homelessness, understanding that not all cases are the same.

Coderre’s plan may do good, but it does not get to the root of the problem. Rather than listening to the voices of the homeless and their advocates, Coderre’s administration has decided to play politics. Instead, an effective plan should combine the best of the local knowledge of the homeless community and the resources and executive powers of the city. Only by working together can the city begin to address the issue of homelessness.

Jacob Frackson is a U1 Economics and International Development Studies student. To contact him, please email jacob.frackson@mail.mcgill.ca.