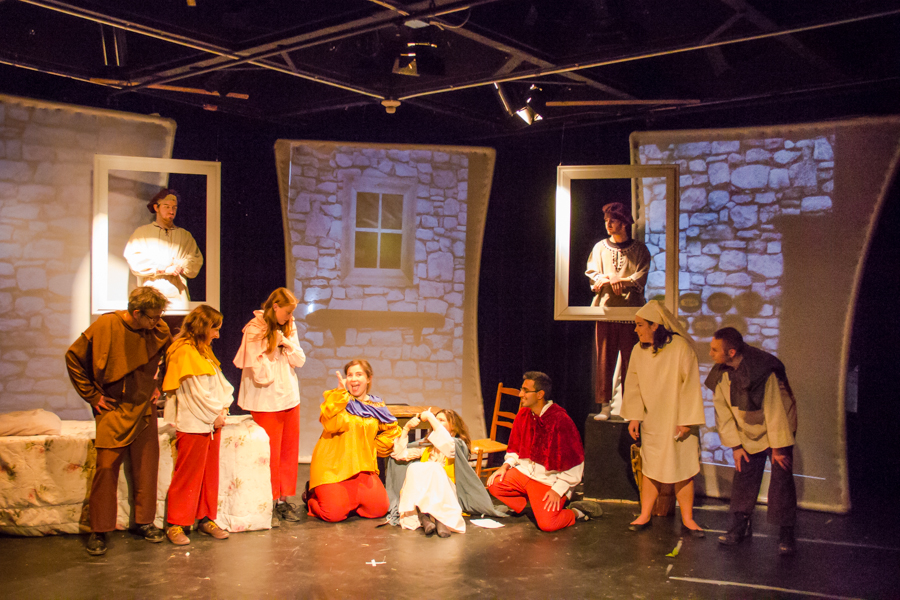 Snow white has been been adapted, recovered, and re-imagined multiple times. On their opening night, March 13, Seeing Voices Montréal and Players’ Theatre presented Deaf Snow White, one of the most creative revisions of the story yet. Jack Volpe, the director, a Montreal native who was born Deaf (for those who might not know, “deaf” refers to the medical condition while “Deaf” refers to the culture/identity), teaches American Sign Language (ASL) at the MAB-Mackay Rehabilitation Centre, which provides specialized adaptation, rehabilitation, and social integration services to Deaf people. His play is meant to raise awareness about the deaf community and to encourage the building of bridges between Deaf and hearing individuals.

Snow White was originally written and published by the Brothers Grimm in 1811 and rendered famous worldwide by Walt Disney in 1937. The Brothers Grimm’s original version tells the story of two princesses, one of whom becomes queen after the passing of her parents. Despite her power, the queen is cold, bitter, and jealous of her sister’s beauty and cheerfulness. Frustrated by her magic mirror’s constant reiterations of her sister’s incomparable beauty, she asks her hunter to kill Snow White and to bring back her heart in a box. Distraught by this order, the hunter tells Snow White to flee and brings the heart of a deer back to his master. Meanwhile, Snow White finds refuge in the forest, in the house of seven friendly dwarves who work in a mine. After learning of her sister’s escape, the Queen concocts two potions. In one, she dips an apple with which to kill her sister; the other, she drinks to take the appearance of an old maid. After finding Snow White and fooling her with her old maid disguise, the Queen forces her to take a bite of the poisonous apple. Thankfully, Snow White’s love interest Prince Philip comes to her rescue before it’s too late.

Unlike the original, Volpe’s Snow White is Deaf and communicates with ASL. Five other characters in the play communicate this way. To render Deaf Snow White as enjoyable as possible for both Deaf and hearing audiences, Volpe decided to have his actors transmit information through ASL and spoken English throughout the play. Indeed, stage actors who used ASL were dubbed by voice actors, and stage actors who spoke had their words interpreted by ASL actors. While voice actors were sitting in the audience, ASL actors were onstage. Volpe developed the onstage presence of the ASL actors in several creative ways. Always positioned atop three black pillars, they blended into the background when unsolicited thanks to attire and makeup that transformed them into the likes of trees, statues, and paintings. 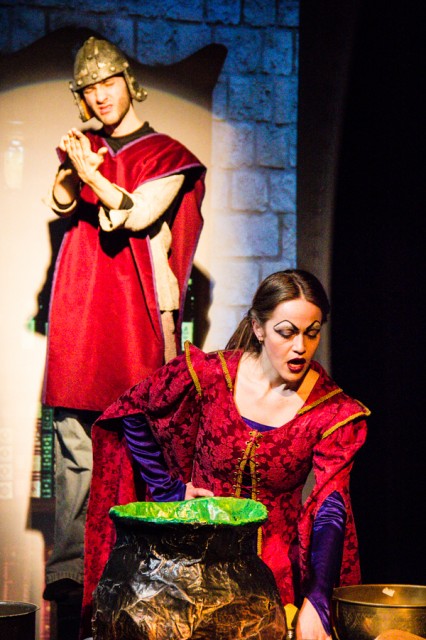 Founded in fall 2012, the McGill club Seeing Voices Montréal is Montreal’s first ASL theatre, and the only Deaf theatre company in the country. “Our vision is to close the gap between the hearing and deaf world, with the use of theatre as a common medium,” explained Seeing Voices Montréal’s press release for Deaf Snow White. “To achieve this, we adapt and perform plays of well-known children’s stories which can be understood by both audiences.” Seeing Voices Montréal also aspires to eventually teaching the Langue des Signes Québécoise. In addition to educating and raising awareness, Seeing Voices Montréal wants to make ASL theatre as enjoyable as spoken theatre. After all, theatre is certainly an art form that too often privileges the use of powerful vocal chords as opposed to quality acting.

In this vein, Deaf Snow White teaches its audience a little bit of ASL. Snow White teaches the seven dwarves sign language upon their initial encounter, drawing a parallel between real life interactions between Deaf and hearing people. The interactions between the Deaf and hearing cast were at times choppy, something which might be due to the mixed languages. “People don’t realize that deaf actors have to follow the script differently than hearing actors,” Aselin Weng, a McGill Physical Therapy student and co-founder of Seeing Voices Montréal, told the McGill Reporter. Deaf actors use a variety of cues to follow the action, including body language and lip-reading.

The sold-out show’s success relied on the teamwork at play between Deaf and hearing actors. Deaf actress Sera Kessab, in the role of the dwarf Silly, admitted that rehearsals were tough at first, but thoroughly enjoyable as actors got to know each other better. Regardless of the rehearsal process that took place prior to opening night, the audience seemed to enjoy itself from beginning to end, and responded well to the balance between ASL and spoken English. One of the best moments of the evening was the end of the play when everyone was invited to demonstrate their appreciation of the play in whichever way they felt most comfortable, either by clapping or waving their hands (the ASL equivalent of clapping).

The set choices were almost as interesting as the use of sign language. Digital designer Gordon Hart provided numerous elaborate backdrops for each scene. Although props were used throughout the play, actors interacted with them sparingly, perhaps in an attempt to keep the acting minimalistic and the focus on the frequently-changing backdrops. Lights, sounds, and vibrations were also used sparsely for dramatic effect, summoned at strategic moments.

Kessab certainly stood out among the cast thanks to her zeal, expressiveness, and overall perfectly cued jokes. Lauren Murphy as the Queen, and Andreia Malisia as the Queen in disguise, also offered noteworthy performances. Murphy’s austerity was dark and compelling, and Malisia’s shrill evil Queen laughter was pitch-perfect, her demeanour equally chilling.

Deaf Snow White provides a unique opportunity to re-experience a favourite childhood tale in ASL and spoken English simultaneously. On top of being thoroughly enjoyable in itself, Deaf Snow White’s important goal to raise awareness about the Deaf community, and to encourage hearing individuals to learn ASL, is delivered in a moving and entertaining way.