The Students’ Society of McGill University (SSMU) has seen its share of challenges this past semester, but these have resulted in little tangible action on political issues. Attempts to campaign against issues such as the Charter of Values and cultural appropriation failed to gain significant clout. SSMU did finally open up the long-awaited student-run café, but it fell short of expectations. General assemblies have been poorly attended and poorly organized. Although the Legislative Council and the executive are internally cohesive, they have remained distant from the student body. 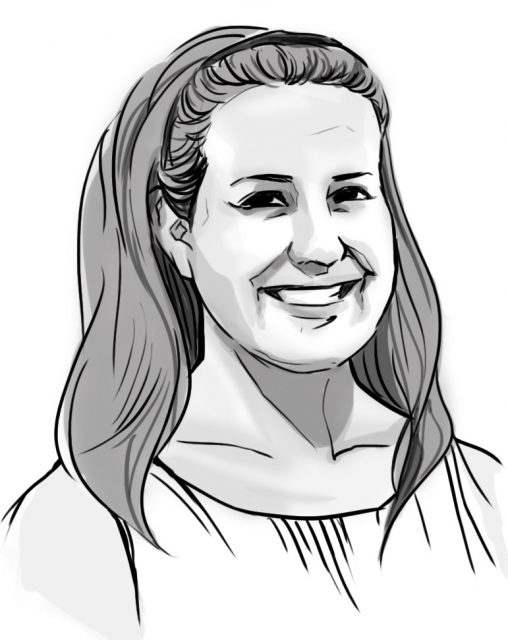 Katie Larson’s first semester as President has left much to be desired. The SSMU executive has presented a united front, but has accomplished little in the way of political stances. Larson herself has not been particularly vocal in Senate or the Board of Governors, and fails to connect with the student body about relevant issues.

Communication with campus media is also a weakness for Larson, and should be improved upon to better provide information to the student body.

Unlike her predecessor, Larson hasn’t made improvements toward the dismal attendance of the General Assemblies (GAs), and has been criticized by both campus media and Legislative Council for the lack of advertising. However, Larson recognized the GA as a weak spot in an email to The Daily, and said that open discussions on changes to the GA format will be scheduled for this semester.

Lease negotiations continue to stretch on into their fourth year, and although Larson told The Daily that the negotiations were progressing well, due to their confidential nature, it is difficult to know if they will wrap up by the end of this school year.

Larson pointed to the amendment of the out-of-date SSMU constitution, to ensure it was still legal in Quebec, as a success for her and the executive. However, this success did not come without some confusion over the by-laws surrounding the constitution’s approval.

As for next semester, Larson told The Daily she was looking forward to a discussion about SSMU’s sustainability mandate. However, part of this discussion was spurred by the abrupt departure of the Sustainability Coordinator – an issue about which SSMU has not been transparent. 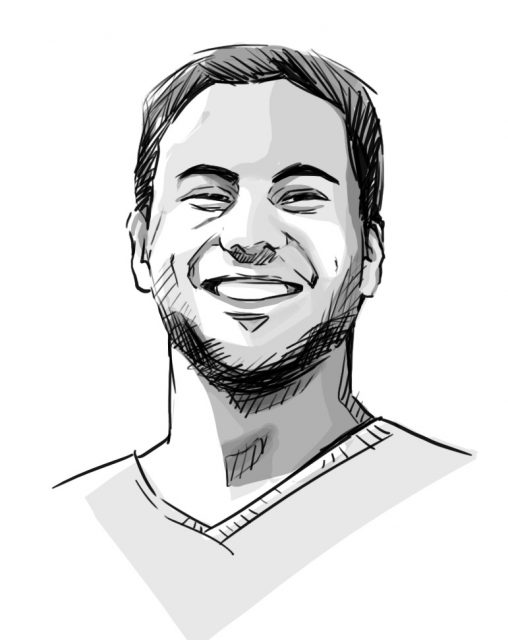 One of the main duties of VP Internal is Orientation Week, including Frosh. For yet another year, SSMU and other groups introduced small initiatives that aimed to make Frosh more inclusive of underage and non-drinking students, as well as more sustainable and with more equitable events.

However, one of the biggest failures on Brian Farnan’s part was the $21,000 lost on Frosh. According to Farnan, simple budgeting mistakes – such as failing to calculate PayPal commission, miscalculating taxes on sponsorship, and overspending on new initiatives – accounted for most of the loss. To avoid a similar situation in the future, the responsibility for Frosh’s $200,000 budget will be put into the hands of SSMU’s accounting department instead of students.

Farnan’s communication with The Daily has been poor at best, and he often fails to respond to emails and phone calls. As an elected and paid official, Farnan needs to seriously improve his communication with campus media if he wants to be transparent about his duties. 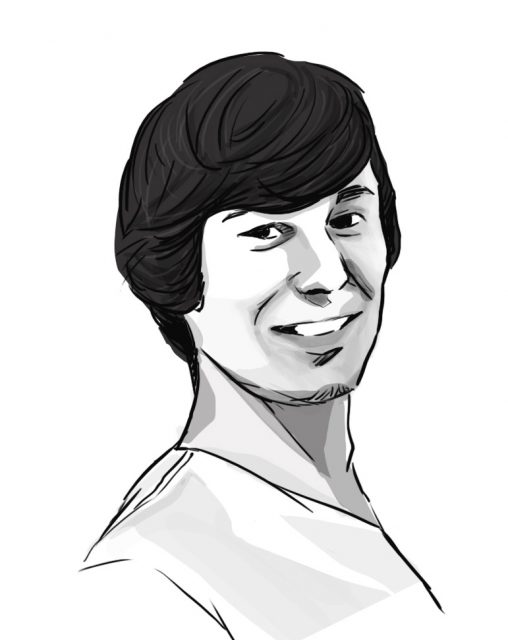 The VP External portfolio is usually the most politically charged of SSMU’s executive positions. As this year’s VP External, Samuel Harris was tasked with working with the Montreal and Quebec community through various campaigns and associations. One ad hoc campaign, in opposition to the Charter of Values, was slow to get off the ground, though Harris told The Daily that it was limited by the lack of quorum at the Fall GA.

Harris continued the street team project started last year as a part of a community relations initiative during Frosh. Although Harris called Frosh a “mixed bag,” he stated that he believed that there were less noise complaints this year than last.

However, Harris hasn’t followed through on some of his campaign promises, such as opposition to the indexation of tuition and the integration of students into the Milton-Parc community. Although Harris did work on the issues in the beginning of the semester, any further work since that time has not been visible.

Instead, Harris has focused on the Table de concertation étudiante du Québec (TaCEQ), one of the main student lobbies in Quebec, of which SSMU is a founding member. Harris told The Daily that the promotion of TaCEQ became a case of damage control after the failure to host a TaCEQ congress. However, TaCEQ has faced criticism in the past from campus media, SSMU Legislative Council, and SSMU executives.

In the upcoming semester, Harris told The Daily he would be hosting a forum between Montreal student unions, something that failed to happen last semester. 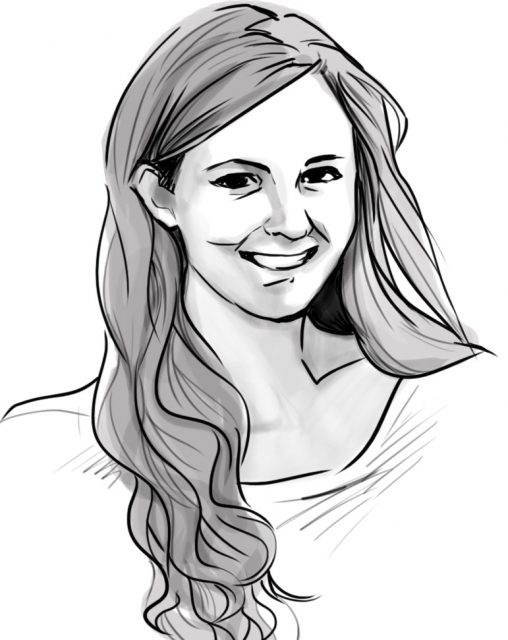 The VP University Affairs portfolio is primarily in charge of negotiating student affairs at the University level, among other responsibilities – sitting on Senate and University committees, Equity at SSMU, library improvement, and research. Shea has been noticeably vocal at Senate, and has also been transparent and open with campus media.

Shea’s biggest accomplishments of the term include the creation of an ad hoc mental health committee at SSMU with the goal of creating a substantive mental health policy by the end of the year – which Shea expects to see at Council by late January or early February. As well, Shea drew attention at Senate to a surplus in the Student Services budget. Plans to spend the surplus on administrative affairs instead of student services were soon corrected.

Additionally, Shea saw an unexpected turn of events – the sexual assault allegations levelled against three Redmen players in November – as an opportunity to start an important campus conversation about rape culture and sexual assault.

Shea considered one of her bigger failures to be Legislative Council’s failure to pass a motion banning the song “Blurred Lines,” as well as SSMU’s much-criticized Costume Campaign, which ended up misusing cultural appropriation in an attempt to denounce it.

Next semester, Shea will be focusing on passing a mental health policy, as well as following up on the sexual assault allegations, and potentially terminating lease negotiations in conjunction with SSMU’s president. 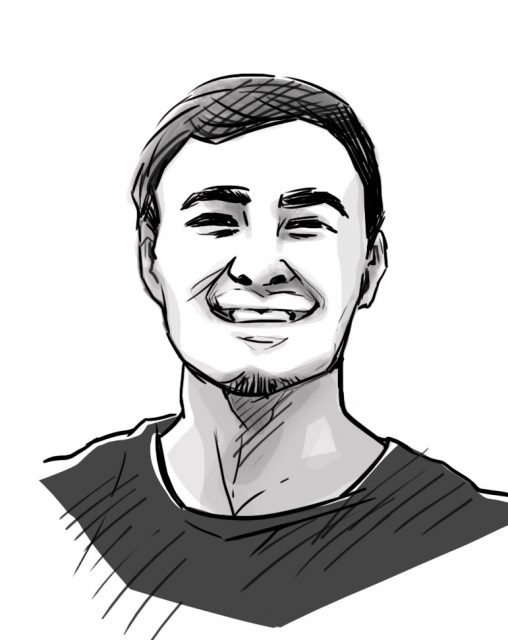 While not as politically active as his predecessor, Stefan Fong has steadily dealt with the myriad challenges of the Clubs & Services portfolio. Fong told The Daily that he focused on the logistical and administrative aspect of the job, rather than the sometimes problematic dynamics between clubs. Fong has revamped many logistical aspects of the portfolio, including club audits, the room booking system, activities night, and the fourth floor of the SSMU building.

The changes to the room booking system allow rooms to be booked earlier. Fong told The Daily that the new system has received mixed reviews, but that it eased the pressure on both groups and the administrative side of SSMU.

The allocation of offices on the fourth floor of SSMU to clubs faced some problems. According to Fong, problems with a mice infestation and fire hazards complicated the allocation, causing delays and frustration with clubs.

Fong’s most ambitious project for the next semester is the creation of ClubHub, a management portal. Due to the length of SSMU executive positions, it is almost sure that it will not be finished this year, but the initiative is a crucial foundation for the future VP Clubs & Services. 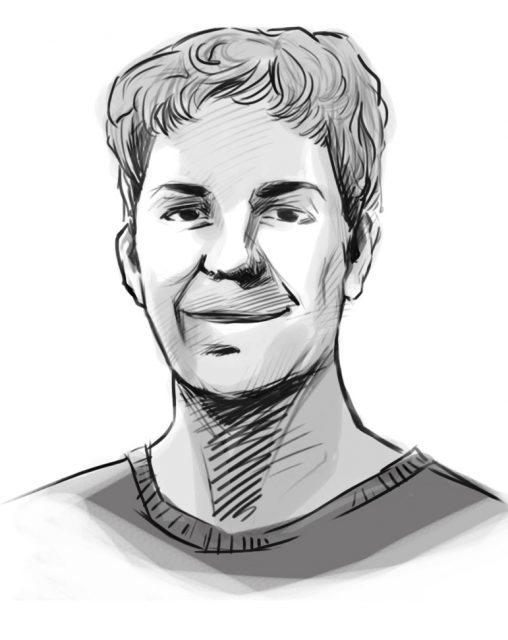 Tyler Hofmeister’s first semester has largely been marked by lease negotiations, SSMU’s budget, and the financial questions surrounding the opening of the new student-run cafe (SRC). Hofmeister’s communication with campus media has been reliable but tenuous, as the VP Finance and Operations requests that all communication be done over email.

Hofmeister faced a deficit of $90,000 in the 2013-14 SSMU budget due to the uncertainty of lease negotiations and utilities expenses, but managed to rearrange it so that the operating budget broke even. This was largely achieved through cutting costs in the General Administration category, as well as executives’ personal budgets, Building, Club, and IT budgets. Hofmeister also outlined a long-term project that he has been working on in which SSMU is doubling the rate of interest on its account holdings, projected to save SSMU thousands of dollars per year. Hofmeister is also working on institutionalizing this approach in order to continue the process.

However, many long-term expenses were shifted, putting forward the possibility that SSMU will face a deficit in the future.

Hofmeister wrote to The Daily in an email that his biggest accomplishment was the opening of the SRC in the cafeteria space formerly occupied by Lola Rosa. The SRC, while certainly a step in the right direction, reneges on former promises by SSMU to create a student space with the new opening, instead opting for a lunch counter. The true success of the SRC in the future will hinge on an ability to create and expand into a space for students.

In an earlier version of this piece, The Daily stated that Tyler Hofmeister rearranged the SSMU budget to project a $50,000 surplus. In fact, this money was transferred into the Capital Expenditures Reserve Fund, and the operating budget broke even. The Daily regrets the errors.