Overrepresentation of the Ultra-Wealthy 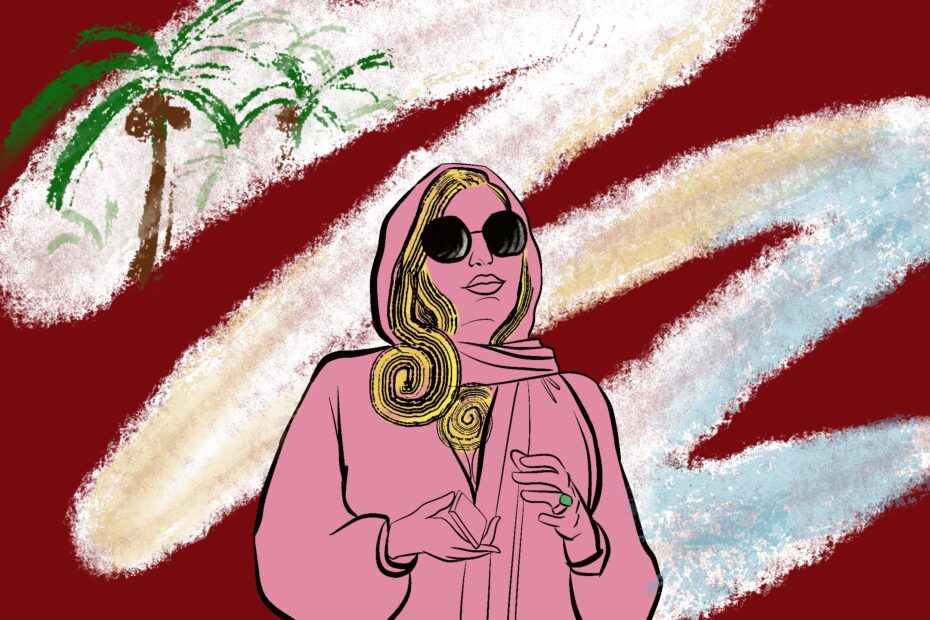 This past month, in my post-finals pre-winter semester languor, I greedily consumed TV show after TV show and film after film, finally having time to catch up on the media that I’d heard about from my friends and through social media. At a certain point, I became aware that I was particularly captivated by a certain trope: watching the hyper-wealthy struggling with some sort of violent, satisfying form of karmic retribution as a result of their being their shitty selves. When watching the movies Triangle of Sadness (2022) and Glass Onion: A Knives Out Mystery (2022) and the newest season of the TV show The White Lotus, I found myself disgusted by the expensive, high-end lives of the hyper-wealthy characters while simultaneously ogling the spectacle of it all. I was both desiring their lifestyle and knowing deep down that it’s wrong, in some sort of confusing, voyeuristic, and sadistically gratifying reaction. I realized that producers have figured out a certain formula that seems to resonate with audiences like myself – a self-gratifying, entertaining take on anti-capitalism designed to captivate audiences.

And indeed, it seems that content about the hyper-wealthy truly has dominated entertainment in recent years. In the number of weeks since its release on December 23, Glass Onion has become the third most-watched movie Netflix has ever released. HBO’s recently aired second season of The White Lotus has become a massive hit met with widespread critical praise. Triangle of Sadness, from Swedish director Ruben Östlund, was also commercially successful as well as well-received by critics, winning the Palme d’Or at this year’s Cannes festival. Other popular films and TV series in recent years are similarly concerned with the lives of the ultra-wealthy: Succession, the Gossip Girl reboot, Selling Sunset, Elite, Inventing Anna, and The Dropout are all examples. Many of these have become viral sensations, and several were even nominated for Emmys in 2022.

These stories often contain valuable underlying political messages about power dynamics and wealth. The actions of the characters are defined by who works for who, their relationships by those who have and those who have not. The uber-wealthy guests in The White Lotus are generally selfish and flawed, exemplified by how they treat the hotel employees as disposable. Tanya in particular crosses all boundaries of respect with her assistant Portia, abusing her conference of wealth and privilege. Similarly, in Glass Onion, all the characters are subservient to the ultra-wealthy Miles Bron, treating him with deference and respect because of the power he wields over them due to his great wealth. And in Triangle of Sadness, scenes depicting the extent to which the ultra-wealthy demand subservience from  the employees and staff that surround them are excruciating and uncomfortable to watch, demonstrating the dehumanizing power wielded by the ultra-rich.

Yet I wonder if this anti-capitalist political message becomes lost amidst the spectacle of wealth in such content. The lives of the rich sure are entertaining – beautiful and fantastic, even. When watching The White Lotus, I couldn’t help but gape at the magnificence and beauty of the show’s setting, marveling at how much I would like to stay in a palazzo in Sicily. I found myself coveting Harper’s chic and quietly luxurious wardrobe, composed of luxury brands like Loewe, Sandro, and Bottega Veneta. The dark, luxurious-looking wood interiors and the bright, clear pools on the sundeck of the cruise in Triangle of Sadness were equally enticing. And Miles Bron’s elaborate, exclusive private island in Greece situated right in the middle of the Aegean Sea is certainly seductive. It’s clear that the producers of these works have invested in the image and spectacle of wealth, and it sure looks sexy.

And yet it is also true that by the end of these stories, the seduction and spectacle of wealth has often shattered. In The White Lotus, it is the hotel employees that wind up on top, as the audience watches the interpersonal relationships of the guests implode. In Glass Onion, Miles Bron is exposed as a fraud and gets the retribution he deserves. And in Triangle of Sadness, the rich guests all drown after violently losing their dinner in a literally stomach-turning scene, while those remaining are subject to the authoritarian rule of Abigail, who formerly worked as a crewmember on the ship.

These instances of retribution are certainly satisfying. After watching these ultra-wealthy characters be aloof and entitled assholes to everyone around them, one can’t help but cheer while watching them get what they deserve. Yet this begs the question, is this satisfying because of a cognizant political condemnation of the hyper-wealthy? Or is it simply pleasurable to watch shitty people – particularly those who seem to have everything you yourself could ever want – get what they deserve?

I’m certainly not one to talk, as I’m just as hooked on these shows and movies as everyone else. I wonder, however, if the massive success of this burgeoning genre depicting the ultra-wealthy really needs to continue. I can imagine that television and film producers across their respective industries are trying to come up with the next hit like Succession or The White Lotus. But do rich people really need more representation? I argue that the sheer amount of content currently being produced about “rich tears” – about a group of people who only make up a small percentage of the world’s population – is concerning and unsustainable. And while it certainly is satisfying to watch the ultra-wealthy fall down from their spot atop the social hierarchy, the inundation of content pointing out the flaws of ultra-wealthy fictitious individuals in ways that are voyeuristically pleasing and entertaining to the audience is not truly a meaningful way to deconstruct privilege and wealth. While this trend itself is not inherently problematic, I worry that the future of television and film will stray further from telling the experiences and stories of low- and middle-class people, skewing representation towards this alluring spectacle of wealth.