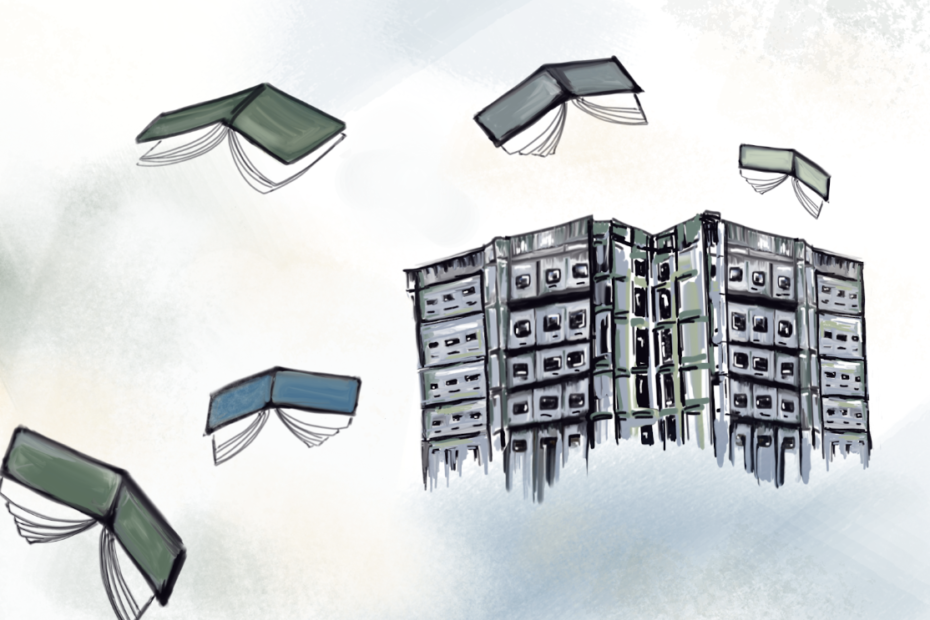 Beginning in 2023, collections currently held in the McLennan & Redpath Library buildings will be relocated to McGill’s new off-campus Collection Centre. The process is estimated to take six to eight months, during which time materials will become temporarily inaccessible. This move of the library’s holdings is part of McGill’s Fiat Lux Project: a plan to renovate the library into a larger and light-filled workspace.

The McLennan Library Building was first opened in 1969, and since then, the student population has grown to over 40,000 students. Currently, McGill offers seating to roughly only nine to 12 per cent of the student population, while public research university libraries with similar population sizes to that of McGill’s offer seating to 20 per cent of their student body. McGill held a “Census Day” in 2019 to gauge the number of visits to its library branches on campus. During the 24-hour period, the library branches collectively received 15,117 visits, with McGill students making up 14,175 of the visits. This means that 35 per cent of the Fall 2018 student enrollment number visited the library in a single day.

To accommodate the present-day needs of more work space and seating for library visitors, the University decided on a plan to relocate its physical collection to an automated storage facility, following the example of many other universities, such as the University of Toronto, Queen’s University, and the University of Ottawa. According to McGill Media Relations Officer Frédérique Mazerolle, McGill has undertaken the Fiat Lux project and the establishment of a new Collection Centre (formerly called Collection Management Facility) to “address these constraints and transform the quality of services and spaces that the Library offers.”

According to Mazerolle, these projects will almost double the number of workspaces and transform them into technologically advanced spaces that are “accessible, comfortable, safe, and sustainable.” The Collection Centre is estimated to hold 2.5 million volumes. The Centre – which measures 40,000 square feet – has been under construction this past year. As the system becomes operational, the transfer of materials from the McLennan & Redpath Library Buildings will occur, with library users then being able to request the collections online. Requested materials will be delivered within 24 hours to either the downtown or Macdonald campus.

Movements of items from the McLennan & Redpath Library Buildings will tentatively begin in late Fall 2023 and will conclude in Winter 2024, according to Mazerolle. “During the move period, library staff will be responsive and do everything they can to find and provide users with the resources they need.” The university does not foresee any changes to opening hours of the Library Building, and study spaces will remain open.

However, library visitors will face reduced access to the McLennan-Redpath circulating collection and stacks in the McLennan-Redpath Library Complex. Though, according to Mazerolle, users retain the ability to access materials in other ways, such as e-book options, network and interlibrary loans, paging service, and access to stacks by appointment for McGill faculty. Access to stacks and the paging service will depend on the status of the transferring of materials at the time of the request. Inter-library loan requests from the McGill Community will be prioritized during the relocation of collections while materials are unavailable.

Once the transfer of collections from the McLennan & Redpath Library buildings to the Collection Centre is completed, construction in the Library Buildings will begin. Construction will take approximately three years, during which the McLennan-Redpath complex will be closed.

After renovations of the library are completed, there will remain space for 500,000 items. However, items held physically will be required to have been published within the last ten years and borrowed within the last five years. Additionally, just 450,000 items will be kept, as the University aims to allow for space for new publishings. In 2021, the University asked that library users fill out a request form of what materials they wished to remain in the library downtown. An itemized list of which books will be held in the library after the renovation is completed and which will be sent to the Collection Centre can be found on the McGill Library website.

This relocation of collections is not the first that the McLennan-Redpath Complex has seen. Since Spring 2019, McGill has been relocating several collections across its many libraries, with the last move of materials taking place in Fall 2021. During the 2019 Spring-Summer Recollection project, the two-year closure and renovation of the MacDonald-Stewart Library resulted in the temporary relocation of materials from the Schulich Library. As a result, collections were moved to various spaces within the McLennan-Redpath Complex.

During the temporary closure and with limited access to materials within the McLennan-Redpath Complex, students and faculty can expect that librarians and staff will “provide a high level of service to the community from other downtown McGill Library branches,” according to Mazerolle. In 2023, the newly-renovated Schulich Library of Physical Sciences, Life Sciences, and Engineering, will tentatively reopen, and the university is striving towards the creation of temporary satellite student study spaces and service points in other buildings downtown.

“As with any large project, the dates outlined are tentative and dependent on the timely completion of related activities (for example, equipment delivery or installation). We will continue to keep the McGill community updated as the projects evolve,” said Mazerolle.