Canada a leader in hypocrisy, not climate change 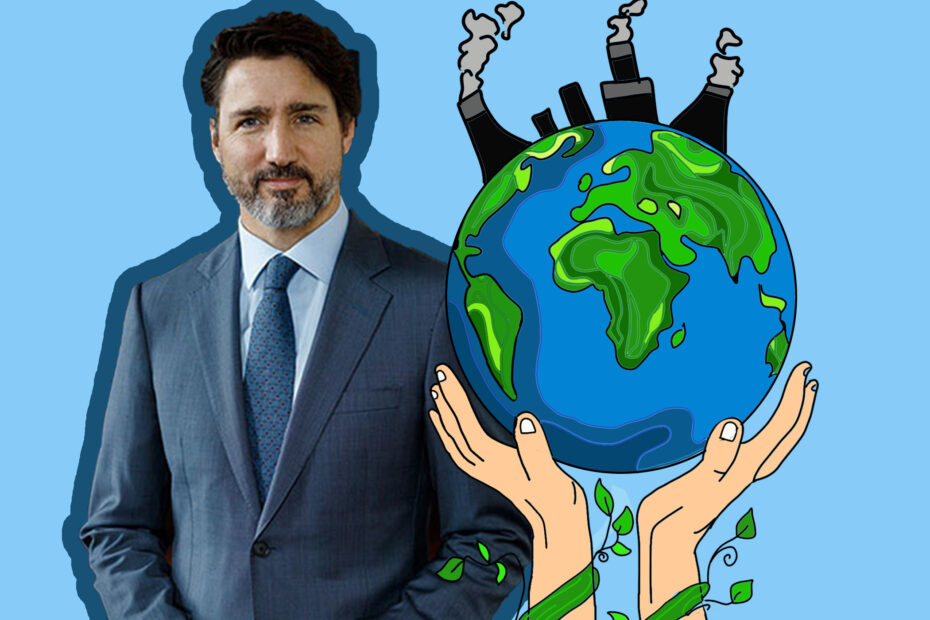 December 20, 2022, marked the first day of Canada’s highly anticipated federal ban on single-use plastics, which outlaws a plethora of plastic consumer goods ranging from checkout bags and cutlery to takeout containers. A nationwide mandate in the name of protecting the environment isn’t new for Canadians. The country’s plastic ban follows a tone set by a 2019 federal carbon tax, and it is just a small part of an ambitious agenda created by Prime Minister Justin Trudeau to show the world that Canada is determined to become a leader in the fight against climate change. Yet despite all the chatter, Canadians should not buy the notion that their country is becoming a climate change leader. In fact, this could not be further from the truth.

Canada continues to fall short of its climate commitments. Despite pledging to “tackle climate” when signing onto the Paris Climate Agreement (PCA) back in 2016, Trudeau is only fractionally closer to honouring such commitments as Canada continues to be graded “highly insufficient” by all PCA metrics. All the while, the Prime Minister’s actions suggest that Canada might actually be moving further backwards, rather than forwards, on meeting its legally binding goals.

For Trudeau’s climate policy, the devil is truly in the details. Eager to reduce personal consumption, the Liberals have consistently tightened regulations surrounding individual usage either via regulations, such as a federal carbon tax, or through various incentives, like electric car tax rebates. And while such initiatives are certainly steps in the right direction, it seems rather strange that the Prime Minister is choosing not to crack down on industrial consumption in a similarly forceful fashion.

Back in February, some Canadians might have been shocked to learn that much of the country’s waste intended for recycling wasn’t actually being recycled at all. A report conducted by Enquête, a series that airs on Radio Canada, revealed that tonnes of recyclable trash were secretly being sold and shipped to India, where they were ultimately burned. But for many, stories like this play out much like a broken record, repeating every two years or so. Indeed, Canadian firms secretly burning goods intended for recycling seems to be an all too common occurrence in recent years. Canadian recycling companies were first caught doing so in the Philippines back in 2013, and since then instances have only increased. A Politico report found that since 2017, Canadian recycling firms have illegally shipped more than 2,300 metric tonnes of garbage to a plethora of Asian countries, including Malaysia, Hong Kong, India, and Vietnam.

You would imagine that any Canadian firm that breaks the country’s environmental regulations would most certainly face the most severe repercussions at the government’s disposal, especially given  our repeated verbal commitment to “tackle climate change.” But that simply has not been the case. As firms illegally shipped tonnes of garbage to various countries around the world, the federal government mostly chose to officiate by the sidelines, offering mere warnings as a primary remedy to try and resolve the crisis. Even in the rare instances when the federal government chose to actually issue fines – which they did in just 21 “exceptional” cases – these fines averaged a measly $400 or $2,000, a negligible number for essentially all firms involved.

Unfortunately, the Prime Minister’s environmental oversight doesn’t look like it will stop anytime soon. In March, Canadian officials met with Indian representatives with the purpose of potentially negotiating a free trade deal. While such a move would undoubtedly benefit both parties economically, it is nonetheless surprising to see Canada engaging in such talks given our lofty environmental goals. After all, India’s environmental laws have historically been dodgy at best; reports of mass pollution and stories of mass dumping have long tainted the country’s environmental reputation. With this in mind, one cannot help but ponder the global environmental ramifications of a deal that would likely only further increase India’s exports, and thus its carbon footprint. One cannot help but wonder why Justin Trudeau suddenly feels the need to reward a country whose notoriously bad environmental behaviour has frequently been the epitome of what not to do with a free trade deal.

Too often it feels like the prime minister is implementing policy not to strengthen Canada’s position on climate change but merely to give off an illusion that he is working for change. Since taking office back in 2015, Trudeau’s Liberals have taken repeated shots at trying to limit Canadian oil and gas output. From a pledge to “cap [local] oil and gas sector emissions” in an effort to reach net zero emissions by 2050, to legislation that has restricted oil tankers’ export capacity in northern British Columbia, the Prime Minister’s efforts have unsurprisingly received praise from around the world.

However, these efforts mean absolutely nothing if the country continues to operate in its current economic framework. A reduction in local production does not mean that Canada is simultaneously seeing a similar fall in demand. Quite the contrary. But rather than force Canadian firms to seek greener ways to export oil, the Prime Minister has simply met demand by swapping Canadian oil for foreign imports.

In 2021, Reuters reported that Canadian oil imports from Nigeria increased to nearly 40,000 barrels per day, signalling the largest year-on-year change of imports from any country. As of 2022, Canada now imports over 110,000 barrels of oil per day – nearly 25 per cent of all Canadian production – from Saudi Arabia and Nigeria alone.

Ultimately, swapping Canadian oil for foreign oil cannot be the plan climate activists envisioned when they championed Justin Trudeau’s desire to implement real environmental change. And yet that’s exactly what we’ve gotten. Too often the prime minister has voiced a desire to implement change, but too little has he been willing to go the lengths required to create a tangible difference.

Back in 2016, Prime Minister Trudeau promised that he would help transform Canada into a leader in fighting climate change. Six years on from that promise and with Canada falling behind, the only leader that Justin Trudeau’s pseudo-environmentalist agenda has turned Canada into is one defined by hypocrisy.