Xi’s Reelection and the Political Voice of Chinese Canadians

The importance of open channels for political discourse 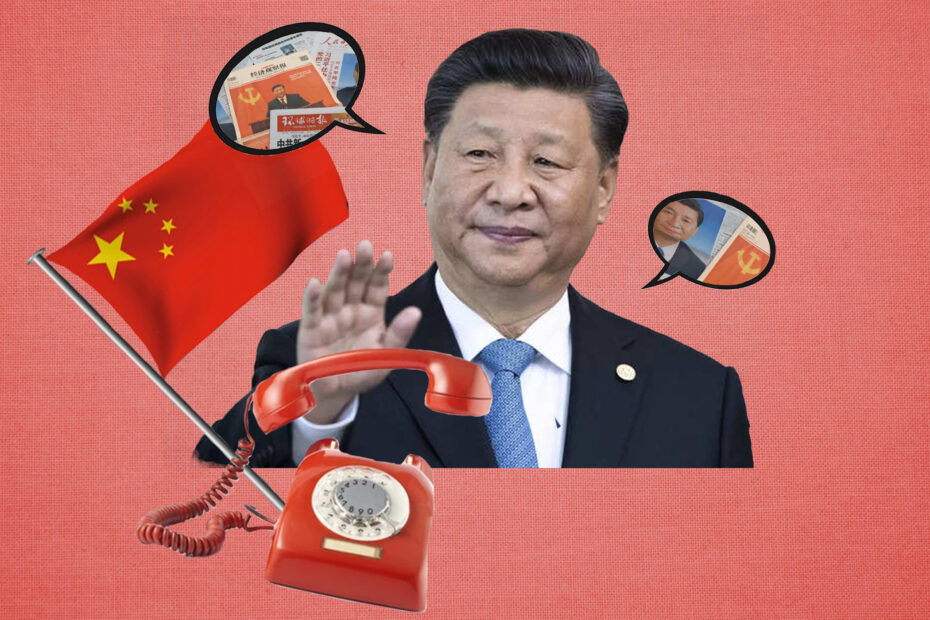 On October 23, waves of protest erupted from Western leaders when Beijing announced the re-election of Xi Jinping as the President of the People’s Republic of China. In mainland China, the statement of Xi’s cementing his grasp on power until 2027 was mostly welcomed with open arms. Even amid growing discontent with strict COVID-19 policies, Chinese social media such as Weibo and WeChat have been flooded with congratulatory messages and praises for the Chinese Communist Party (CCP) ruler. Whether those were propaganda bots or enthusiastic netizens, the political system seems to remain credible to the population at large. In contrast, the Chinese overseas population has stayed eerily silent. Most conversations about the Chinese Communist Party (CCP) were whispered privately, with the news of Xi’s third term arousing neither public approval nor dissent amongst the Chinese-Canadian community. This self-censorship from overseas reflects an unwillingness to be associated with the draconian policies of the CCP, but as tensions with China and anti-Asian hate rise, it is crucial to bridge the gap in understanding to raise Asian American voices in the West.

Many first-generation immigrants of the past 20 years left China amid a period of extraordinary economic growth. They perceive the centralized power of the CCP as the unequivocal drive behind China’s rise as a major world superpower. Those who received an education in China acknowledge the social contract between the government and the people; in a “country-first” mentality, personal freedoms and individuality were sacrificed for economic prosperity. Further, as most first-generation immigrants and recent arrivals are fluent in Chinese, they receive their news from Chinese state-run newspapers or social media. China’s government-controlled media is often obsequious in the portrayal of its leadership during pivotal moments. Meanwhile, the children of those same immigrants have been brought up in a completely different institutionalized learning environment. The emphasis on the West’s definition of democracy and populism is irreconcilable with the CCP’s doctrine. Younger generations who have not spent significant time in China gain insights into Chinese society, its norms, values, and traditions through the lens of Western media. Nonetheless, Western media can also be highly biased, with some failing to recognize their double standards and hypocrisy concerning human rights and democracy.

First-generation immigrants may view Xi’s re-election as a stabilizing reinforcement of the Chinese market dominance on the world stage, whereas second-generation immigrants are more concerned with the CCP’s authoritarian abuse. Ultimately, many parents encounter intergenerational acculturation differences with their children. They face a communication barrier and lack a common language to share facts and opinions. The divide is also clear between international students from China and local students of Chinese descent. Those who were educated or have spent significant time in mainland China might closely correlate their ethnic identity with patriotism while those who grew up abroad can retain a strong heritage identity without apparent loyalty to the government. The two groups are highly segregated within their social circles, creating an ideological echo chamber. Moreover, both circles are mutually afraid of sharing their views for fear of being stigmatized   by one another.

Regardless of political affiliation, the two groups can see eye to eye when it comes to the mistreatment of Asians in Canada. Asian-Canadians have long been an underrepresented group in the economic and political sphere. With the onset of COVID-19, negative sentiments about Asians have surged by over 700 per cent. Asians in North America have been plagued with degrading stereotypes such as “easy” or “model minority” who never voice their opinions. The history of Asian Americans and Asian Canadians as the model minority dates to the 1960s, when newspapers often glorified them as “complacent law-abiding citizens who never complained.” Asian Americans were often used against other races in the United States’ political agenda of leading a racialized democratic free world. With multiple accusations of land gentrification, perpetuating the housing crisis, and corporate espionage, the continuing tensions between North America and China are inadvertently fostering ethnic divisions.

The debate surrounding Xi’s reelection may appear dichotomous, with a clear line separating advocates and critics. However, digging deeper into the issue shows a variety of beliefs shaped by education, family ties, language proficiency, travels, cultural relations, and so much more. When overseas Chinese stay silent on the political and social reality of China, there is no platform to nurture different points of view. Whether or not an individual supports Xi’s re-election, there are many advantages to building your own critical and nuanced perspective on the subject. Critical thinking can help limit the spread of misinformation and decrease instances of racial discrimination. The community must foster a culture of tolerance, the mutual sharing of knowledge, and an open channel for political discourse. We must navigate our ideological divide and support the broader Asian community in Canada. As students, we can raise awareness by joining or volunteering with political and civil organizations. We can publish in local Chinese or English newspapers that our parents or grandparents read. We can promote platforms combatting Anti-Asian hate platforms such as the Chinese Canadian National Council for Social Justice or mental well-being networks such as the Asian Mental Health Collective. It is time for us to become a driving force to actively shape our society the way we envision it. And only through better communication can we raise the Chinese voice in North America.