Turning focus toward celebration and appreciation 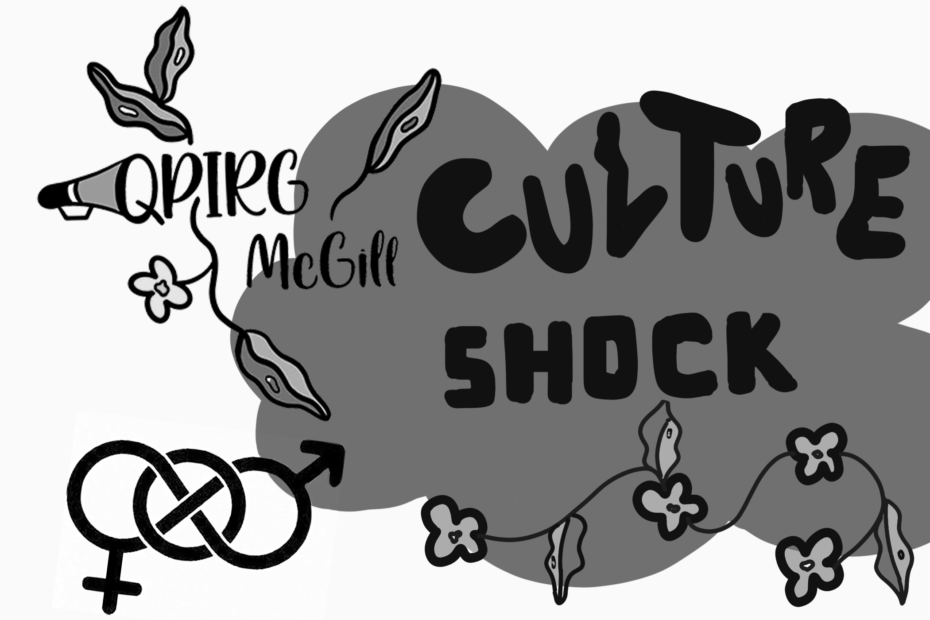 From November 21 to 25, the Quebec Public Interest Research Group at McGill (QPIRG McGill) held their annual “Culture Shock” series surrounding themes of anti-racism, migrant justice, and Indigenous solidarity. QPIRG is focused primarily on social and environmental justice, and they run many annual events, including Rad Frosh and Social Justice Days. The Daily sat down with two of the organizers of this event, Yara Coussa and Maria Radu, to find out more about how these themes came to be and what the organizers of this event series hoped to accomplish.

Coussa is a fourth-year Honours International Development Studies student. They are the Events Coordinator for Queer McGill, and they have collaborated with QPIRG on several events, including “Culture Shock.” Radu is in her final semester at McGill and got involved in her second year when she joined one of QPIRG’s working groups. She now acts as the Campus Outreach Coordinator and has been in this position for almost a year.

This year, the focus of “Culture Shock” was “joy, pleasure, and celebration as community building.” When asked how this theme came to be, Radu stated that it was proposed by the Popular Education Committee of QPIRG and inspired by other campus events from the last year which were “not just about fighting the good fight, but also being able to take time and appreciate how far we’ve come.”

Some events that took place were “Nightlife as Community Building,” which explored how party culture can act as a safe space for marginalized people; “Places of Rest: An Interactive Mapping Experience,” which brought members of the BIPOC community together to physically map out safe spaces in Montreal; and “Un(PAC)k: Caring for ourselves and each other,” an event that led a discussion about the “Social Change Ecosystem.”  Further events included “Filthy Wholesome Dirty Talk,” which taught participants how to use dirty talk for pleasure; “ALL MY RELATIONS: Indigenous Crafting, Culture, and Connection,” an event that brought in Indigenous artists to make soap carvings and dream-catchers; “Clowning Around,” a workshop that introduced participants to “drag, clowning, [and] gendered performance”; “QTBIPOC Comedy Night,” a comedy show featuring “They Go Low, We Go Laugh”;  and “The Fortuna Kiki Ball by Mami Cuarta Mulan,” a fundraiser to help sponsor a similar Kiki ball in Peru.

Of these events, both Coussa and Radu claimed that they were especially excited about the QTBIPOC Comedy Show, which Radu was heavily involved in planning. Coussa stated that the comedy night served a unique and central purpose, as “not often do we get to highlight specifically the voices of queer, trans, BIPOC comedians.” This event was in collaboration with “They Go Low, We Go Laugh,” a comedy club for women of colour. Coussa scouted out this group when looking for different people and organizations to collaborate with on this year’s “Culture Shock” series, having previously attended one of their live shows to find out more about the group’s comedy style.

A lot of the events came together in a similar fashion, through the connections that members of QPIRG and Queer McGill have to the Montreal community. For example, QPIRG supports many working groups, autonomous organizations, and collectives working on issues that reflect QPIRG’s mandate, and these groups provide more access to various networks. For instance, the Pan-Asian Collective (PAC) leads the aptly-named event “Un(PAC)k: Caring for ourselves and each other,” which covered the Social Change Ecosystem Map, a book by Deepa Iyer that provides direction for those looking to get started in the realm of social change, and Pleasure Activism by Adrienne Maree Brown, which explores how to make social justice a positive experience.

The Daily attended the “Nightlife as Community Building” event, moderated by Adrienne Pan and featuring panelists Cuartababy, Camellia Jahanshahi, and Marlyne Lust. The focus of this event was on exploring how queer nightlife can lead to queer joy. The panelists were all involved in the nightlife scene in Montreal, from the ballroom scene to organizing burlesque shows for queer BIPOC. Cuartababy commented on the shooting at Club Q in Colorado Springs on November 19, stating that “[there is] still a need for queer spaces that are safe.” Among the panelists, there was a major focus on creating space for marginalized people to be safe, and beyond that, for them to experience joy. In recounting a party specifically for queer people that was shut down by police, Pan stated that “parties can be very political.” Thus, given that the focus is on nightlife as a way to experience joy, the whole theme of “Culture Shock” for this year remains political, even though it does not directly focus on, as Radu put it, “fighting the good fight.”

In reflecting on how their involvement with QPIRG and Queer McGill has affected their lives, Coussa and Radu also talked a lot about space, specifically how they’ve learned when to step aside and give space for others and how to create safe spaces for marginalized people. Coussa went on to describe how being a part of these groups, and interacting with the extremely diverse people who work in and around QPIRG, has given them the opportunity to think in ways they might never have before, and Radu agreed. Coussa expressed that “being in that space, [an] anti-oppressive, sustainable space, it changes us as people.”

As a final note, Radu highlighted the library resources available through QPIRG and Queer McGill. She spoke about Queer McGill’s library, the largest anglophone queer library in Quebec, and QPIRG’s  Alternative Library, both of which provide vast resources for McGill students. Additionally, future events led by QPIRG will be announced in the coming months, and while nothing is concrete yet, Coussa stated that they would love to see events that focus on anti-capitalism, a goal embodied in the accessibility of the aforementioned library resource.