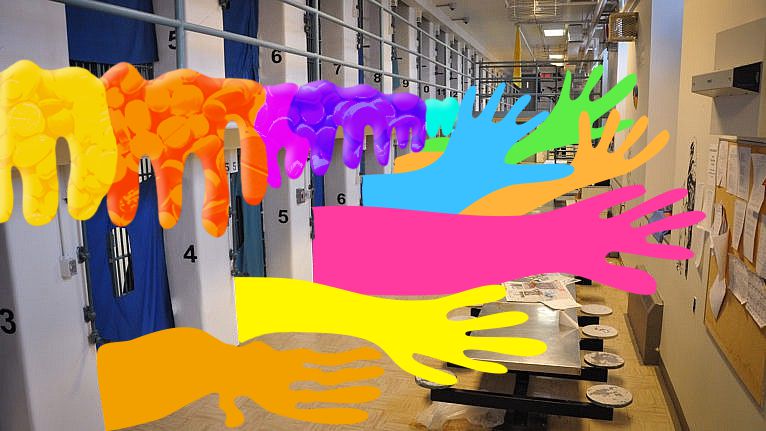 The decriminalization of psychoactive drugs is gaining significant interest across North America. However, decriminalization in Quebec, where there is a high drug-induced death rate, is still highly debated. From January 2019 to June 2022, 1,258 deaths by opioid overdose were reported, with a 25 per cent spike during the COVID-19 pandemic. Illicit drugs are now responsible for an average of one and a half fatal overdoses each day. With evidence that the current strategy is failing to tackle the opioid crisis, there is pressure on the provincial government for an urgent reassessment of the situation and a new approach to drug addiction.

In an open letter published on October 31 in La Presse and co-signed by 30 other organizations, the Coalition des organismes communautaires Québécois de lutte contre le SIDA (COCQ-SIDA), an organization fighting against HIV/AIDS, urges the city of Montreal to request an exemption on the possession of narcotics from the federal government. They address the failure of the criminalization of drugs as a strategy to reduce the ongoing opioid crisis. The history of drug control in Canada has been characterized by harsh prohibitionist policies, which eventually led to the association of addiction with criminality. By the mid-1990s, opposition movements emerged in response to Canada’s criminalization of substance use and identified the unintended consequences of such policies. Harm Reduction TO, a harm reduction advocacy group in Toronto, argues that mass incarceration illustrates the government’s failure in addressing the public health outcomes generated  by substance use. Drugs have historically been criminalized to disempower marginalized and racialized groups, for whom prohibitionist policies are disproportionately harmful. Moreover, prohibition has accelerated the development of synthetic drugs by clandestine laboratories. The lack of governmental control over the production of narcotics has thus led to the widespread distribution and consumption of fatal synthetic drugs. For instance, Nitazene (or Tonis) was identified in Quebec in 2019. Stronger than fentanyl, it has been deemed responsible for a significant number of overdoses in Montreal. Moreover, punishing drug use increases the stigma of addiction and restricts the options of people dependent on substance use for seeking help.

Jurisdictions across Canada are starting to take action to address the inefficacy and harm of drug criminalization. In British Columbia, significant steps have been taken toward decriminalization and the adoption of  harm reduction policies. In response to a request from the province, the federal government has granted the province an exemption to the federal laws on drug possession, along with a three-year decriminalization plan. Applicable starting January 31, 2023, Canadians aged 18 and over will be able to possess up to a total of 2.5 grams of opioids, cocaine, methamphetamines, and MDMA in BC. While the possession and consumption of those drugs remain illegal, there will be no arrests or charges for personal possession at or below the 2.5-gram threshold. This model has proven to be especially efficient in Portugal, which became the first country in the world to decriminalize the consumption of all drugs in 2001. Since then, the drug-induced death rate has dropped significantly, and it now stands at one-fiftieth of that of the United States. Overall drug use has also declined among the 15- to 24-year-old population. Mylène Drouin, Montreal’s Regional Director of Public Health, reported her motivation to implement such measures in Quebec as well in an interview with CBC, saying that “[decriminalization] could allow consumers to use drugs in much safer contexts and avoid all the prejudice associated with judicialization.” She blames Legault’s opposition to decriminalization for failing to represent Montreal’s public interest. She therefore supports the community’s initiative in calling for change at the municipal level.

While Ottawa has expressed its openness to discuss decriminalization with provinces, Legault’s opposition presents a significant obstacle in bringing changes to drug control policies in Quebec. Most efforts have been redirected to the municipal level in an attempt to reduce the high fatality rate recorded in Montreal. Montreal mayor Valérie Plante states, “We have shown interest in talking with the federal [government] because we’re seeing people struggling and suffering and we want to put the right tools together to support these people while making sure our communities are safe for everybody.” Thus, by addressing their letter to the Montreal administration, rather than the Quebec government, the coalition requests that the city itself use its powers in lobbying the federal government to bring about change, writing “We demand that Montreal act immediately by asking the federal government for an exemption from drug possession laws to better protect Montrealers and take a step towards a city without overdoses.”

While political pressure can be an efficient tool to implement structural and systemic change in Montreal, efforts can be made at every scale. Harm reduction is one of the ways in which community-based organizations are trying to promote safer drug use. Several supervised injection sites have been developed on the island. Take-home naloxone kits are also available at most pharmacies. Finally, if you are experiencing addiction or wish to help someone you know, harm-reduction resources and addiction treatments are available, as well as a 24/7 helpline.