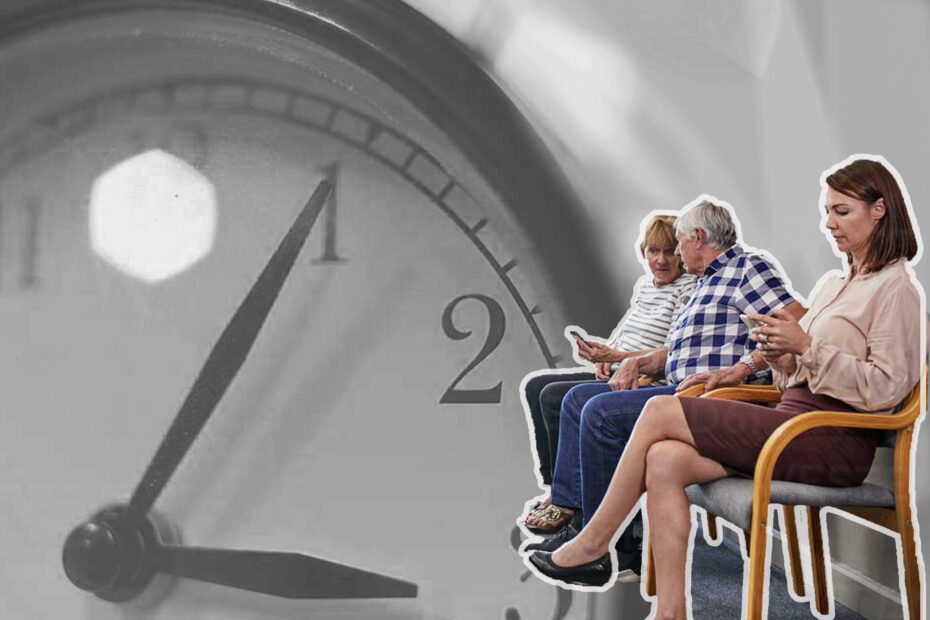 As of November 10, 17 out of 21 Montreal emergency rooms were over capacity, according to Index Santé, Quebec’s Health Index directory. Montreal’s children’s hospitals have been particularly hard-hit, with an influx of children with Respiratory Syncytial Virus (R.S.V.) and other viruses contributing to overflowing emergency rooms. R.S.V., a virus that infects the lungs and breathing passages, does not usually reach high infection levels until later in the fall and winter. Laurie Plotnick, Medical Director at the Montreal Children’s Hospital (MCH), told the Daily these unusually early spikes in R.S.V. patients are likely related to the fact that people haven’t been exposed to many viruses since the start of the pandemic. “Both kids and adults have less immunity [since 2020] — pregnant women were not exposed to viruses, so they weren’t passing on antibodies to their newborns, and children, infants, and toddlers haven’t been exposed as frequently to viral illnesses,” said Dr. Plotnick. As a result, “they’ve lost some of that immune capacity to fight viruses in a more effective way.”

Since the last week of October, the occupancy rates at Montreal Children’s Hospital have remained over 150 per cent capacity, leading to extensive wait times and forcing some parents to leave the hospital without their children receiving care. With talk of a winter “tripledemic” combining the Flu, R.S.V., and COVID-19, these numbers are likely to increase before they get better. In response, hospitals are turning to the COVID-era pandemic strategies that have been in use for the past two and a half years. “We run— and rerun— the same pandemic strategies, we go back to the same principles,” Dr. Plotnick told the Daily. “The difference now compared to the beginning of the pandemic is that we now have healthcare staff who are fatigued, tired, chronically stressed, on sick leave, or have left the profession.”

Hospitals across Canada have faced staffing shortages and overcrowded emergency rooms since the start of the pandemic, forcing many hospitals to announce temporary reductions in services, including in their emergency rooms. The overcapacity rates experienced with R.S.V. in pediatric emergency rooms this season are equivalent to overcapacity experiences in adult hospitals during the COVID pandemic, according to Dr. Plotnick. “The issue now is that we don’t have the same staff pool that we had back then to be able to rally together [in the same way] because we’ve been doing it for two and a half years already.”

In particular, increased demand for family doctors has left emergency rooms with high numbers of patients that could have been treated elsewhere. Dr. Plotnick told the Daily that ideally, the MCH would transfer stable patients back to a community hospital that is able to continue hospitalization until the patient is ready to be discharged — but shortages of community clinics and family doctors has made this difficult. “What we’re seeing in the hospital is being seen in the community too,” said Dr. Plotnick. “The family doctors, they’re working hard. The community practitioners are overwhelmed by sick children, lots of viral illnesses, and lots of children with fevers. I just don’t think we have enough community healthcare practitioners right now to best serve our population.”

A McGill student recounted his experience with the Montreal hospitals to the Daily after he fractured his ankle in late September, demonstrating how difficult it can be to access even a short consultation. After being denied by a clinic because their x-ray room was closed, he went to Lachine Hospital, where he was forced to walk through multiple corridors on his injured ankle for purposes of paperwork. “It took me at least an hour and a half to be seen by a nurse just for her to fill in very basic info about where I was hurt and how bad it was from 1-10, and then I was told that it would be at least a 9-hour wait. I wasn’t given ice, medication, or anything”, he told the Daily. “Rather than waiting, I booked an appointment with an orthopedic specialist for the next day because I just needed an ankle expert to tell me how severe my injury was. That specialist canceled on me.”

The Legault government has recently expressed the urgency of reducing experiences like his. At an October 25 news conference, Quebec Health Minister Christian Dubé termed the situation “unacceptable” and announced the creation of a crisis team to address long wait times in Quebec’s emergency rooms. The team’s plan includes a goal to open a pair of clinics in Montreal run by nurse practitioners to accommodate patients without access to family doctors. It also aims to extend access to the “one call, one service” phone line to pediatric patients in order to provide consultations without having to go to the emergency room. Dubé added that the Health Ministry will continue to work with partners to provide more appointments through family medicine and pediatric clinics, as a lack of access to these doctors leads patients to emergency departments for treatment that could have been provided elsewhere. According to Dr. Plotnick, there needs to be more access to community clinics and healthcare professionals who specialize in pediatrics to prevent overcrowding in pediatric hospitals. “The [government’s] crisis task force is a good start, but funding is huge. Nurses need to be adequately compensated and incentivized for what they’re doing,” she told the Daily. “It’s about improving access, and increasing the number of healthcare professionals, whether it be nurse practitioners or physicians in the community.” Referencing the reinstitution of the “one-call, one-service” hotline, Dr. Plotnick said that “we don’t yet have the number of clinics available as they were when the initiative was running a year and a half ago.”

Currently, there is a limit on the number of physicians that the MHC is permitted to hire, and like at other academic hospitals, MCH’s physicians are required to take on an educational role as well as providing patient care — “an impossibility in this kind of crisis,” said Dr. Potnick. “More students need to be trained in medical schools — [we need to] enable more medical students in universities, more residency positions, and more positions for residents to work in after training. It’s a real pipeline that’s been limited over the years and has been decreasing.”

McGill’s Student Wellness Hub, where McGill students have access to a variety of healthcare services as a part of their tuition, has not been immune to overcapacity issues faced by the rest of Montreal. According to Giovanni Arcuri, Associate Director of Operations at the Student Wellness Hub, “during the pandemic, 50 per cent of our doctors were redeployed to the public system. Some have returned; however, some are currently on extended leaves.” In order to meet the rising number of students requesting care, and due to the limited scope of its nurses, the Hub is actively recruiting family doctors — however, this is a challenging task due to provincial regulations determining how these doctors spend their time. “Hours worked in university clinics are not recognized by the government, so our doctors are putting in time beyond their government-mandated requirements,” Arcuri told the Daily.

Healthcare professionals working at the Wellness Hub echo the difficulties faced in the profession as a whole as they face overcapacity. Dr. Hashana Perera, Medical Director of the Student Wellness Hub, expressed the burden on the providers that have stayed at their jobs; “with fewer providers, the burden is higher on the providers that remain,” she told the Daily. “This is compounded by the challenges accessing testing and specialist consultations within the public healthcare system due to staff shortages, where more senior doctors are retiring earlier and more staff are on medical leave.”

Overcapacity and staffing shortages at the Student Wellness Hub have left many students to turn to more expensive alternatives for urgent care. One student spoke with the Daily about her experience in 2021 with the Wellness Hub: “as an international student who is required to pay for International health insurance as a student at McGill, both my parents and I have been extremely disappointed in the quality of healthcare offered here.”

Another student spoke of her experience trying to get a test for Celiac disease: “I was sent in circles trying to get an appointment and once I finally got a hold of someone, I was told to call at 8 a.m. on a Monday. I wasn’t able to make an appointment online, so I used Maple Telehealth services and was referred to a clinic not associated with McGill. I ended up having to pay $200 for testing and didn’t receive my full result for 4-5 weeks.”

The Wellness Hub’s website states that it does not take students who are symptomatic with flu or cold symptoms “to ensure staff and student safety, and in accordance with McGill policy and the new circumstances,” leaving students to turn to other means of overcrowded healthcare services for the treatment of these widespread illnesses. According to Dr. Vera Romano, Director of the Student Wellness Hub, the Hub is now “examining and reviewing” the directives restricting the provision of care to students with COVID-19-like symptoms as the pandemic evolves.

Reduced access to healthcare and issues tied to the pandemic have exacerbated preexisting inequities in the healthcare system. Among the most impacted are Canada’s Indigenous populations. Findings from Statistics Canada data show that during the first year of the pandemic, “disparities between Indigenous and non-Indigenous people were evident” in studies of the impact of pandemic-related difficulties and delays in receiving health care services. First Nations people and Metis were more likely than non-Indigenous people to say that these delays caused them pain.

In September, a report was leaked regarding the McGill University Health Centre (MUHC) detailing testimonials of racism experienced by patients and staff at the Centre, including many recounts of mistreatment towards Indigenous patients. The report came after the death of Joyce Echaquan, a 37-year-old Atikamekw woman, who recorded a live Facebook video exposing her abuse by nurses leading to her death in September 2020. The MUHC is Montreal’s largest hospital network and has made the treatment of Indigenous peoples a part of its mandate. The MUHC report, a two-year-long effort, was published following repeated claims by Premier Legault that systemic racism does not exist in the province of Quebec.

On October 25, SSMU’s External Affairs team hosted an Accessibility Town Hall, where students were invited to express difficulties accessing healthcare, academic accommodations, and culturally-specific support at McGill. In the event’s description, SSMU wrote that “[t]he McGill Student Wellness Hub [has continued] to fail in delivering its promised basic health services.” It also noted that “Student Services has cut the BIPOC Local Wellness Advisor,” a position that previously worked to provide specific support to students who identified as Indigenous, Black, and People of Colour within a therapeutic context.

Dr. Perera expressed the Hub’s gratitude towards students “for their collaboration and feedback,” emphasizing that the Student Wellness Hub is “actively working to improve the things we can control and are communicating more effectively about the parts that are outside of our control.”

As overcrowding issues continue to worsen, healthcare professionals emphasize the urgency of the situation: “[t]his is not sustainable. We’re concerned because we already feel like we’re at a breaking point in many respects,” said Dr. Plotnick. Many of the issues behind the abundance of overcrowded hospitals, like staff shortages and a lack of resources, “[a]re just widening the cracks that were already there pre-covid.” Fixing these cracks, says Dr. Plotnick, will require systemic changes to address staff shortages and a lack of access to healthcare. In the meantime, she calls for a return to some of the easier community solutions learned during the pandemic: “wash hands, wear a mask, stay home if you’re sick.”