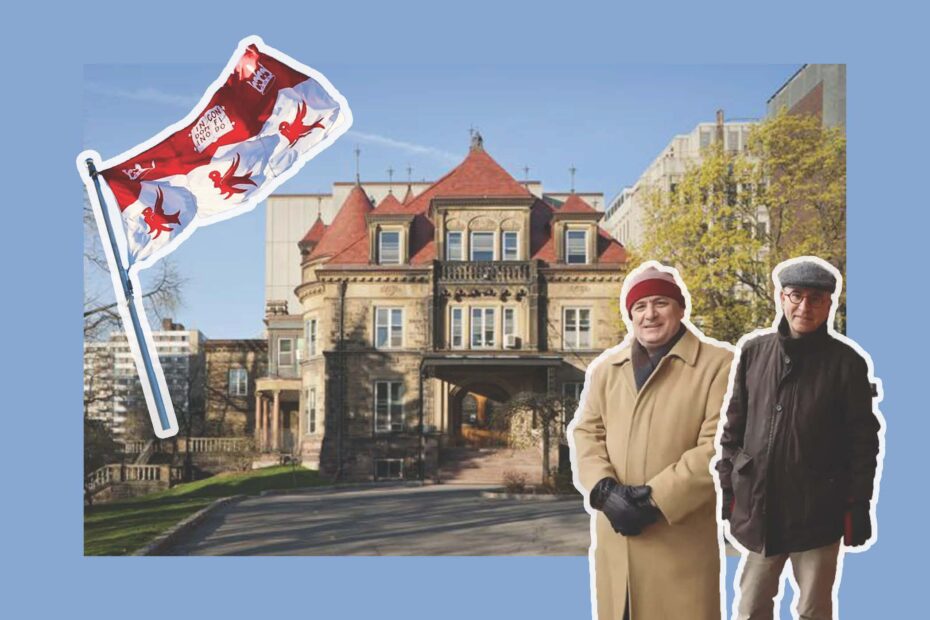 On November 7, 2022, the Association of McGill Professors of Law (AMPL) was certified as McGill’s first faculty union by the Tribunal adminsitratif du travail. The AMPL represents 40 tenured and tenure-track professors at the Faculty of Law. They first petitioned the Tribunal for certification in November 2021, but sources say many of their grievances with the administration began years ago.

In an interview with the Daily, AMPL Interim President Evan Fox-Decent revealed that his “first inkling that [unionizing] might be something that’s appropriate was when we lost our pension or the kind of pension that we had.” All other universities in Montreal offer a defined benefit (DB) pension plan, which guarantees a set income for employees in retirement. McGill offers a defined contributions (DC) plan where retirement incomes are dependent on investments in the stock market.

According to a 2011 newsletter by the McGill Association of University Teachers, until 2009, McGill offered a hybrid pension plan which primarily relied on returns on investment, but had a pension fund that would make up the difference if retirement incomes fell below the minimum defined in the plan. Fox-Decent explained that McGill professors essentially received “70 per cent of the income that [they] had earned during the last five years [..] as is standard in the public service, as is standard across all universities in Quebec.”

Employees hired from 2009 onwards moved to a pure DC plan, where retirement incomes are now fully tied to the stock market. Fox-Decent said that the market “generally, odds on, does well. But sometimes it doesn’t. And when you have a crash and a third or half of the value is lost, it can take five to ten years to recover if it’s recovered at all.”

This decision was made with no consultation or discussion with faculty members, causing Fox-Decent and other faculty members to question the way they are organized. Fox-Decent described that “for many of my colleagues, this has been a long time coming due to what they feel is a creeping centralization of the delivery of the academic mission of the various faculties in McGill.”

What Fox-Decent called the “bale of hay that broke the camel’s back” was the administration’s response to the vast majority of the law faculty’s request to require proof of vaccination for those returning to campus last fall. The only response from the Office of the Provost was a memo that encouraged chairs and deans to inform the Office of the Provost of faculty members who wished to teach from home. It stated that “fear about campus safety, residing in another jurisdiction, or concern about relatives who might be at heightened risk or exposure to COVID-19, including those living under the same roof” are not valid reasons to teach remotely.

These conditions led Fox-Decent and his colleagues to decide that they would like to have more control over their workplace and work on the basis of a collective agreement rather than one-on-one negotiations. Collective agreements govern the conditions of work for a group of employees, and result from bargaining between an employer and a union. They are revisited every few years to better represent the current needs and concerns of the employees.

Kiersten van Vliet, Mobilization Officer of the Association of Graduate Students Employed at McGill (AGSEM), expressed the value of a collective bargaining position in an interview with the Daily: “It is much easier for McGill to negotiate with an individual rather than a collective. Collective negotiations are hard and they take a lot of resources. There’s a potential in that period when somebody is negotiating collectively that they could withhold their labor or they could have other sort of mobilization tactics.”

According to Fox-Decent, the AMPL strives to use their bargaining position to “contribute to the mission of the university. Most of the time, our interests and the university’s interests are aligned, but we would just like to have a firmer say in the development of policy.”

This was proven by McGill’s decision to immediately pursue litigation after the AMPL petitioned the Tribunal for certification in November 2021. According to the Tribunal Decision Transmission, McGill’s argument was that the AMPL “does not take into account the converging interests of another group of employees that the Association is attempting to divide and the history of labour relations at the University.” Instead, they proposed a unit representing “all tenure-track or tenured faculty members of McGill University.”

Van Vliet explained that in order to unionize in Quebec, “you need 50 percent plus one of that group of workers to say ‘yes, I want that union’.” This threshold was surpassed by the AMPL in their 51-person faculty, but would become much more difficult with all 1744 McGill professors. McGill has used similar tactics with AGSEM, “changing the lists, changing the groups of employees that are included or not included, or what could count or not count,” currently demonstrated by AGSEM’s campaign to unionize Teaching Support workers such as graders or tutors who do similar work to teaching assistants, but are not protected by a collective agreement.

Due to the fact that there is no existing professors’ union, the court declared that “the Tribunal did not have the necessary demonstration that this unit cannot in any way serve as a basis for establishing collective labour relations.” The ruling was highly in favor of the AMPL. Fox-Decent reported that “we literally ran the table five for five, with the judge saying that not only did we meet the threshold, but in many cases, we far surpassed it.”

McGill is currently weighing whether or not to challenge the decision of the Tribunal through judicial review. Fox-Decent discouraged further litigation, arguing that it is “quite literally inconceivable that a reviewing court would set aside the decision of the tribunal.” He has “encouraged [his] friends in the administration to prepare for collective bargaining.”

The question remains as to whether other McGill faculties might follow the AMPL’s example. Fox-Decent noted that the judgment from the Tribunal suggests that “there are materials there that could be helpful for colleagues who may wish to organize either as individual faculties, as multiple faculties together, or potentially, McGill itself.”

“It’s amazing in terms of a type of building block,” van Vleit said. “If we think of the history of labor organizing on campus, like with AGSEM: you have one union that can lead to other groups of employees getting them.”

Both Fox-Decent and van Vleit encouraged students to get involved with their own unions. “I think probably the most important thing for students to do is to support their student union that is authorized to represent them collectively,” Fox-Decent expressed. “And so when the student union asks you to go out for a march, for a protest, take part in an action to support them where you find your conscience allows you to do so.”

Many McGill student positions are unionized. “Know your union, know your contract, know your rights,” van Vleit urged. “If you want to be a part of a union, talk to your fellow workers, because that’s where it starts, right? It’s workers sharing their experiences and coming to the conclusion that if they work together, they will improve the conditions for everybody. And it just starts with a conversation.”