Dr. Shannon Mattern on Her Book ‘The City is Not a Computer’ 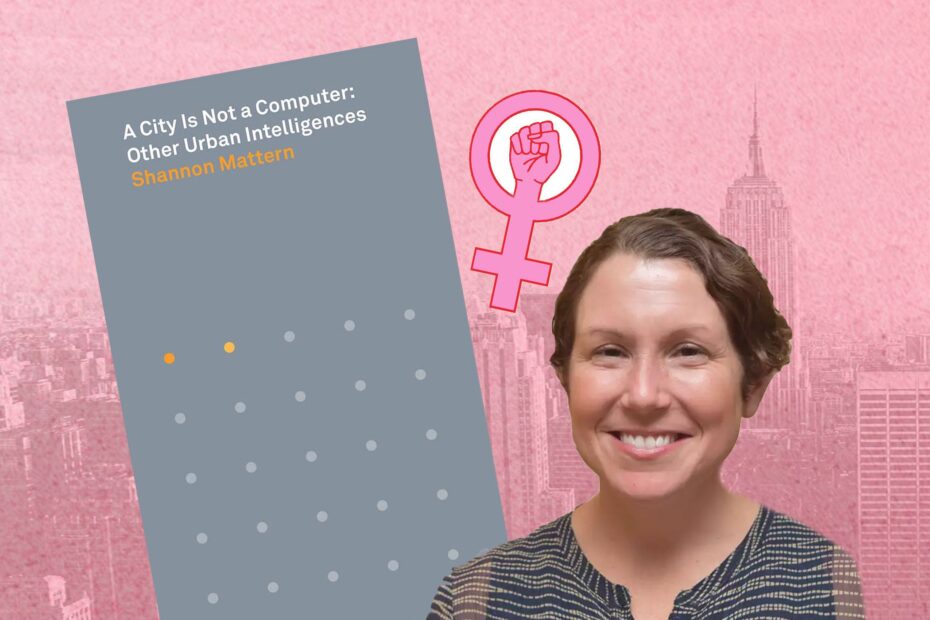 On November 3, the Feminist and Accessible Publishing, Communications, and Technology series hosted Dr. Shannon Mattern, who discussed writing her most recent book, A City is Not a Computer: Other Urban Intelligences, over Zoom. Dr. Mattern is currently on sabbatical in her new home in Philadelphia, but she will soon begin work as a professor of Media Studies and Art History at the University of Pennsylvania. She was a professor of Anthropology at The New School in New York for 15 years and is currently the president of the board of the Metropolitan New York Library Council. Rather than approach the conference as a typical “book talk,” in which she might read excerpts from her chapters, Dr. Mattern chose to follow a “book biography” method and discuss what influenced her writing process. A City is Not a Computer explores how the modern metaphor of a city as a computer “reduces place-based knowledge to information processing” (Princeton University Press), and Mattern proposes other, more inclusive ideologies about city functions which are tailored specifically to individual cities.

Before getting into the details of her book’s production, Dr. Mattern explained why presenting her book in the “book biography” style made sense to her. She claimed that this insight into the making of a book extends its limits to become an “argument, story, object, [or] commodity.” Additionally, she wanted to approach the talk in a way that credits the outside forces that impacted the writing of A City is Not A Computer. She mentioned her classes, students, and work with the New York libraries, all of which she said “informed the book we are here to talk about.”

One of the reasons Dr. Mattern wrote her book was that she was “tired of big men with ideas publishing on tech-related and urban-oriented subjects without being burdened with the anxiety of influence.” She claimed that there are many men who have written books about the tech industry without actually considering the “thinkers” who came before them. Dr. Mattern spoke on her own desires to break this supposed norm as a woman writing about tech. She was driven by frustration toward these “big men”; she noticed a repeated fault in tech-related books when the authors were “not thinking about citation as an ethical relation,” so she wanted to write her own tech book that would pay attention to the theorists who came before her. Additionally, Mattern was upfront about times when she herself had neglected to include thorough citations. For example, when re-reading her 2018 piece “Maintenence and Care” to find out if she could include it in her book, she noticed that she had neglected some “issues from critical disability studies and the Black feminist area,” so she edited the piece in order to include these ideas.

In concurrence with her own feminist ideologies and those of the Gender, Sexuality, and Feminist Studies faculty at McGill, which organized this event, Dr. Mattern was transparent in revealing her own tendency to people-please as another reason she wrote the book: “I will say this is something even 20 years into [it] and say yes to it because I feel obligated,” meaning that she often says “yes” to requests only because she feels worried about letting people down. She also wrote the book because she was invited to and because she was excited to be able to work with the publication group at Princeton University, as this provided her with access to what she believes to be a well-resourced group of editors.

Another informing factor of Dr. Mattern’s book was her ironic dislike for book-writing. Departing from the norm, A City is Not a Computer is a collection of essays written by Mattern since 2014 and published primarily by the Places Journal (Places). Dr. Mattern described Places as “embodying certain feminist principles” and “a place that focuses on open free access.” The journal’s focus on the concept of “open access” is something that has been incredibly valuable to her. When collecting the work for her book from her previously written articles, she often grappled with the question of eliminating open access in the new book form. Since much of the work for her book had been published online and was readily available to any person with internet access, it seemed odd to privatize it by organizing it into a book. Thus, she was faced with the question, why write a book at all?

Dr. Mattern claimed that another one of her main motivations for writing her book was that the prestige associated with books greatly surpasses that of online articles. Mattern noted that her essays are called “think pieces” or “blog posts, because they are freely available online.” She went on to expose how rigorously fact-checked and edited her articles have been for Places, even sharing  screenshots of some of the edits she has received on her articles. Mattern provided these examples to demonstrate that her freely available journal articles are edited with diligence, and she claimed that her journal articles should not be considered less academic or prestigious than her books just because they are available to the public.

Dr. Mattern approached her discussion of A City is Not a Computer in a semi-unconventional style, and she was able to provide an extensive amount of context about how events in her life and her own ideologies shaped her book. To conclude her presentation, she spoke about the final chapter in the book, which explores how trees are often used as models for “organizing knowledge.” She stated that “thinking  through trees allows me to combine several of the humanistic, material environment, urbanistic, ecological, and computational models that I’m encouraging us to bring together in the book.” Just as her book does through its unconventional writing method, Mattern’s “book biography” talk brought together different pieces to tell one story.

All quotations were taken from the recorded Zoom call with Dr. Mattern.