A Reckoning within the Arcade Fire Fandom

The navigation of celebrity disenchantment and why we fall for it 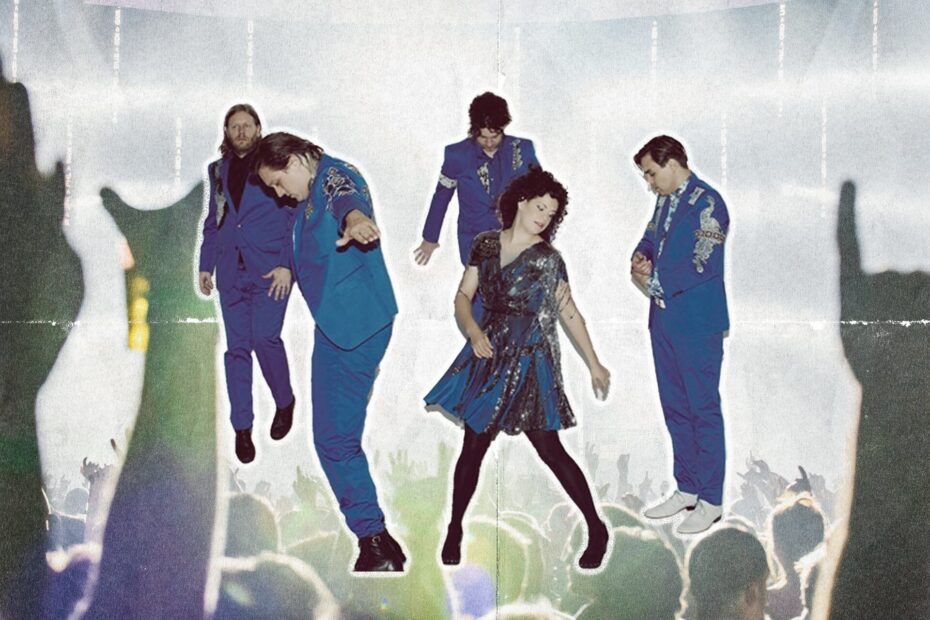 Up until late August of this year, the band Arcade Fire was largely regarded as a source of national and local pride. This impression has since been shattered due to sexual assault allegations that have been levelled against Win Butler, the band’s songwriter and lead vocalist. Now, with Arcade Fire arriving for the Canadian leg of their tour on November 27, fans are having to make tough calls about whether to go to shows, to continue listening to their music, or to evade Arcade Fire entirely.

The band started off small; their first EP,  released in 2002, was self-titled and self-produced. All members of the original group were based in Montreal. Butler was studying religious studies at McGill. Butler’s future partner, Regine Chassagne, and Josh Deu, were studying at Concordia. For these reasons, many McGillians, Montrealers, and Canadians feel connected to Arcade Fire’s members and their journey to stardom.

Four people have now accused Butler of sexual misconduct and assault. At the time of the incidents, the survivors’ ages varied from 18 to 23, while Butler was 34 to 38. The allegations are backed up by text messages sent to Pitchfork (which first broke the story) and by friends corroborating the survivors’ stories, although they have not been proved in court. While one accusation involves an instance of groping, most of the incidents are alleged to have taken place online. Survivors stated that they started as Arcade Fire fans before Butler came in contact with them and asked them to send him sexual videos and photos. Although Butler denies the accounts, he did later “apologize for any harm done” in a second statement sent to Pitchfork. Butler also admits to having been in relationships and to sexting with fans over a decade younger than him. The stories show a persistent pattern of predatory and harmful behaviour.

This fundamental shift in character has been difficult to grapple with for the band’s large following. Recent posts on the subreddit r/arcadefire perfectly display some fans’ struggle to reconcile their emotional ties with recent developments. At the time of the Pitchfork article’s publication, when sorting through the top posts of all time, “A woman attempted suicide because of Win Butler’s sexual harassment” comes first and “Win took our phone last night, and this happened!” comes second.

Perhaps the reason people find it so heartbreaking to swear off Arcade Fire is because of their music’s vulnerability, which is a source of solace for many. Their first album, Funeral, released in 2004, is about personal grief. One particularly raw song from their discography, “Creature Comforts,” tackles depression and suicidal thoughts. It’s difficult to listen impassionately to the lyrics: “She told me she came so close/Filled up the bathtub and put on ourfirst record.”

Parasocial relationships have been developed over years through interviews that reveal Butler’s quiet charisma and  humble, down to earth nature, often going out of his way to credit outside influences and speaking about the spirituality of music. In an interview with Tom Power, Butler is open about his depression at a young age, which resurfaces in his discography, particularly songs like “Unconditional I” and “Age of Anxiety I.” It’s a powerful story for those who’ve faced similar struggles.

Conflicting attitudes on how to move forward knowing Butler’s crimes are especially relevant considering the upcoming shows. Fans will be forced to choose  whether to support a known abuser or to compartmentalize these scandals to maintain the magic.

An immediate defensive reaction argues that the music Arcade Fire creates is divorced from Butler himself. However, Butler is impossible to avoid in the band’s work. His voice is present in all the songs, and he tends to dominate the stage. More than a lead vocalist and writer, Win Butler was a person we could trust.

To condemn a fan for going to a concert is unproductive, especially when Ticketmaster is refusing refunds. A more fruitful approach might be to question the instinct to defend Butler from deserved accountability. Often, parasocial relationships can form between fans and famous personas who seem down to earth or approachable. But the persona emanating from Butler, or indeed any celebrity, is a facade, given the distance between the rich and famous and the average person. Butler’s own underdog narrative is an especially biting blow considering how he has abused his status as a person with a fanbase. Butler’s public personality is cherry-picked; his interviews and articles did not reveal his relationships with much younger women until Pitchfork broke the story. Butler’s outward humility diverts attention from the power of his celebrity status. The perception of the public that Butler was “one of the good ones” allowed him to exploit his younger fans for years before the survivors disproved that impression. If we are to take away anything from this, perhaps it is to stop idolizing those we don’t know in person and abstain from worshiping celebrities.