The Forced “Gen-Zification” of Media

A Commentary on ‘Do Revenge’ 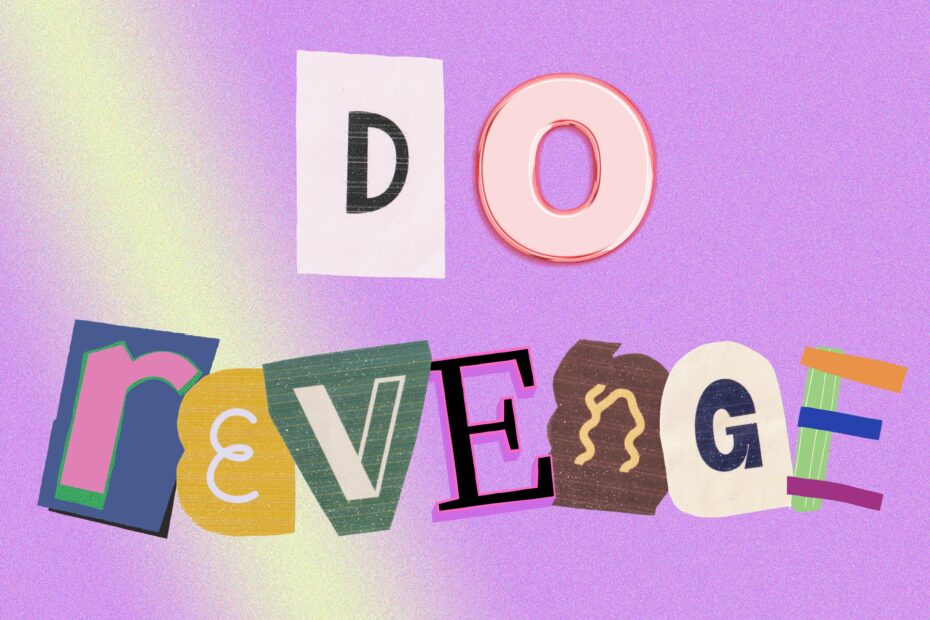 Many movies and TV shows released in the past years have tried to capture the intricacies of the Gen Z high school dynamic. Euphoria (2019–) and Booksmart (2019) are two of the most famous examples of this phenomenon. In Do Revenge, which premiered on Netflix on September 16, Drea (Camila Mendes) teams up with Eleanor (Maya Hawke) in order to “do each other’s revenge” after both are betrayed by their closest friends. As is the case with the two examples mentioned above, most of the cast of Do Revenge is in their mid-to-late twenties, and its director, Jennifer Kaytin Robinson, is in her late thirties. Why is it, then, that movies are obsessed with representing Gen Z, especially when the creative teams of these projects rarely belong to this generation?

Do Revenge is peculiarly structured, which is the best thing about it in my opinion. The movie shatters the expectations of the viewer with every turn. Its interesting narrative structure and its creative plot will keep you on your toes throughout the movie. The movie also has strong performances from the main cast and a delightful supporting role for Sarah Michelle Gellar as the headmaster. All of this results in an entertaining story, but Do Revenge does not offer much else.

In terms of plot, there is no apparent reason why Do Revenge had to take place in a high school setting. The movie’s instigating action is the release of Drea’s sex tape. Drea confronts her boyfriend Max (Austin Abrams) and accuses him of releasing the tape. Max denies the allegation and faces no consequences. Drea then meets Eleanor, who was also betrayed by a trusted friend. This story could have taken place in a university setting or even in a work environment – a choice that would have made sense given the ages of the actors involved. Camilla Mendes, Maya Hawke, and Austin Abrams are 28, 24, and 26 years old respectively. There must be a thematic reason for the
story’s setting.

Euphoria’s creators wanted to address the struggle of teenagers’ dependence on sex and drugs. Booksmart was a commentary on the pressures that teenagers feel toward the end of their high school years. Do Revenge, for its part, is a commentary on the way status and identity shape the lives of teenagers. Looking at these stories thematically rather than narratively, it starts to make sense why the artists behind them have chosen high school as their setting. Do Revenge, however, fails to contribute a meaningful insight to the subject it attempts to address. It is instead an entertaining yet hollow teen-friendship movie that serves more as an homage to the ’90s classics of the genre than as a standalone piece of art.

Do Revenge doesn’t shy away from comparisons with other teen-friendship classics. In fact, it encourages them. Watching the movie, you may notice references to classic ’90s movies and tropes – the school uniforms inspired by Clueless (1995), the makeover montage and the newcomer being introduced to the high school cliques on a first-day tour. The movie also mentions “Glennergy”— a reference to Glenn Close’s role in Fatal Attraction (1987). The self-referential aura that surrounds the movie creates a disconnect between the viewer and the story. It doesn’t feel like you are watching teenagers face the challenges that the plot dictates for them, but rather adults role-playing as teenagers. The characters speak in the way adults think teenagers speak, but this is not how they actually talk to each other. In other words, the movie is a fantasy.

These elements might have been Jennifer Kaytin Robinson’s artistic choice. She might have had no intention of creating a “realistic” portrayal of Gen Z but rather wanted to answer the question: what if one of those classic ’90s movies took place in the 2020s? Regardless of intention, however, I believe that Robinson still has to answer for the strange choices she makes as a co-screenwriter and as a director.

Drea is a woman of colour raised by a single parent. She goes to Rosehill, a renowned private high school, on an academic scholarship and has been struggling to fit in there her entire life. Her socioeconomic background affects many of her choices throughout the movie. Class struggle is therefore a focal point of the movie. Namely, the movie is responsible for examining and addressing the reasons Drea’s background affect her actions. This was addressed ineffectively in the movie.

For example, one scene at the beginning of the movie shows Max, the senior class president, giving a speech to the students and announcing the creation of the “Cis Hetero Men Championing Female-Identifying Students League.” The camera then pans to the crowd, who seems to support the idea. The camera then finds Drea, who gives a disbelieving and mocking look. The irony in this scene is clear, and the movie wants it to be clear. It wants the audience to say: “this could never happen in real life; no one could be this oblivious.” This type of irony is used throughout the movie. It is the movie’s main tool for critiquing the social dynamics of high school. The problem with this technique, however, is that it does not achieve what the writers intend for it to achieve.

In his essay, E Unibus Pluram: Television and U.S. Fiction, David Foster Wallace states that “irony’s singularly unuseful when it comes to constructing anything to replace the hypocrisies it debunks.” This is exactly what happens in Do Revenge. Irony and nonchalance are used to mock and downplay many of the issues that this generation faces, but the film never offers a solution or a suggestion on how to overcome these issues. The movie is pointing a finger towards problems that we already know exist. Do Revenge has strong performances all around, especially from Maya Hawke, and features a creative structure and an entertaining plot. Unfortunately, it is another inauthentic representation of Gen Z that focuses more on mimicking the vocabulary and wardrobe of “Gen Z-ers” than on portraying the complex emotions that come with being a member of this generation.