Activists speak to how sex workers can be better protected 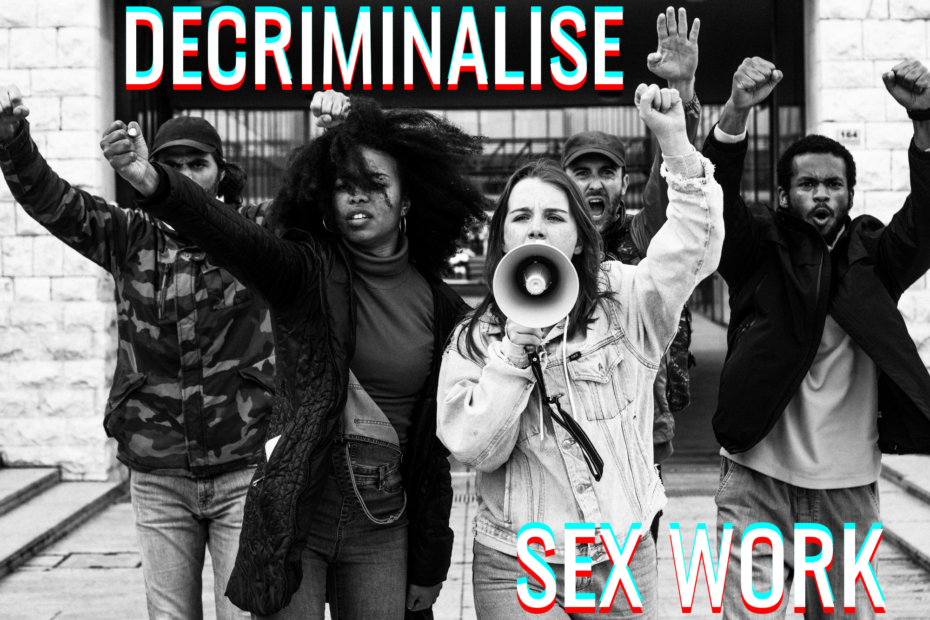 On October 7, the Sex Work Autonomous Committee (SWAC) held a rally to demand the immediate decriminalization of sex work, per their press release. Sex workers and those standing in solidarity with them gathered in front of the Montreal Courthouse to advocate for the repeal of the Protection of Communities and Exploited Persons Act (PCEPA) – a law that claims to protect “those who sell their own sexual services” through criminalizing “purchasers of sexual services,” and “third parties” across Canada. According to SWAC, however, this law only makes sex work more dangerous.

The Daily spoke to Adore Goldman, a sex-worker involved in SWAC,  a Montreal-based advocacy group created by and for sex workers, that demands full decriminaliztion and better working conditions within the industry. Although PCEPA supposedly grants sex workers immunity (as written in subsection 286.5(2)), Goldman explains that the law’s broad definition of “third parties” – everybody who benefits from the income of a sex worker, per Goldman – leaves room for criminalization. “As soon as we are working with colleagues, we can be considered as third parties. So if we share a working space, we can be charged. It can criminalize our roommate, our boyfriend or partner. It criminalizes people we can hire as a [sic] driver, or anybody who works for our safety, ” Goldman says. Goldman also explains that criminalizing clients presents a safety concern, as clients become less willing to disclose information about their identity: “We have a mechanism within the community to inform each other when a client is dangerous, but if the client is not willing to provide information about their identity, we cannot do this.” For example, Stella, a Montreal organization for sex workers, provides a form where workers may report information about aggressive clients  – and keeps a record of these clients for improved safety. Client anonymity preventing the spread of pertinent safety information reduces the negotiation power that sex workers have in regards to condom-use and other limits, per Goldman.

The rally was organized following the Canadian Alliance for Sex Work Law Reform’s (CASWLR) first public hearing at the Ontario Supreme Court on October 3. Composed of groups from across Canada, the sex worker’s rights organizations are challenging the constitutionality of PCEPA under the Charter of Rights and Freedoms.

According to the CASWLR, as written on their website, “decriminalization is one part of our larger struggle for the recognition and actualization of sex workers’ rights,” especially as  “Indigenous women and youth, people who are immigrants (particularly racialized women) and trans folk (especially trans women)” are more greatly targets of stigmatization, police harassment, and criminalization. Activists claim that sex workers are being put at greater risk for harm and exploitation under PCEPA – rather than being protected.

In their press release, activists at SWAC explain how they can be better protected:

“The decriminalization of our work would allow us to have access to labor rights, as is the case in other industries. […] This status of worker […] would allow sex workers to benefit from adequate protections in case of accident and parental leave, but especially to hold employers responsible for the safety of workers in the workplace, and allow sex workers to organize among themselves. We could denounce situations of harassment and abuse through the legal mechanisms in place.”

Labor rights and protection from policing has been the focus of sex work advocacy across Canada. In September 2021, staff at Maggie’s Toronto Sex Worker Action Project – an advocacy group run by sex workers – joined the Canadian Union of Public Employees. Unionizing will allow Maggie’s to better address racism, transphobia, and low wages. Maggie writes that unionization “is especially crucial for queer and trans, Black, Indigenous, and sex workers of colour at our organization who have not had the same privileges, access to employment, fair working conditions or labour rights.” In Vancouver, following the continued police harassment of sex workers and refusal to accept training, the Living in Community sex worker organization removed the Vancouver Police Department from their steering committee. Goldman says SWAC will be planning more actions until there is a more immediate government response. Sex worker and SWAC Activist Mélina May says “While sex workers and their allies have reminded the government of the urgent need to act over the past few years, the government continues to ignore its responsibilities to protect our safety and fundamental rights.”