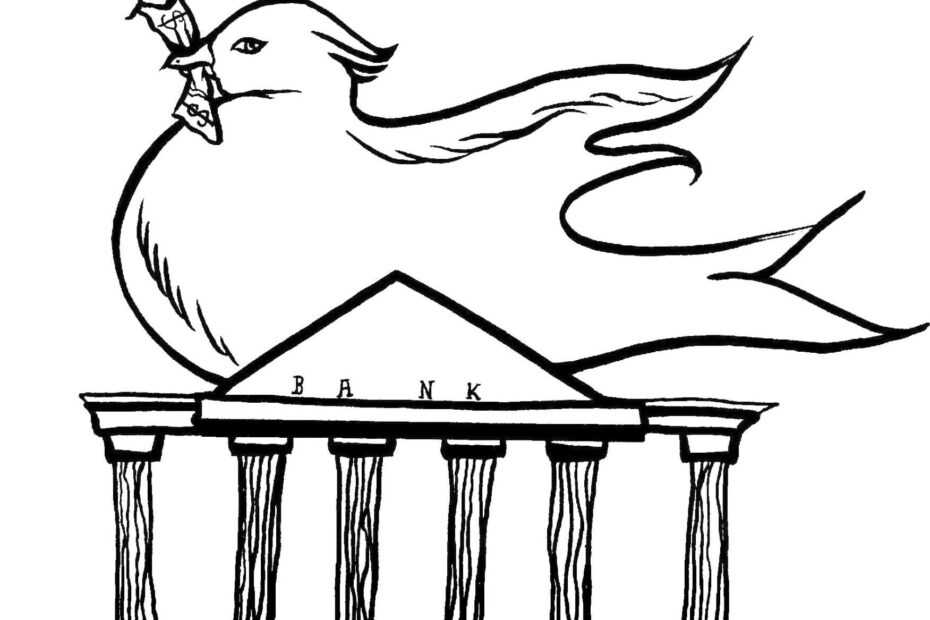 We already know many unsavoury things about our university: that its history is one of slavery and colonialism and that its present is one of investments in fossil fuels. Little attention, however, has been given to McGill’s ongoing alliance with banks, an alliance that is strengthening not only in the administration, but also in faculties, faculty associations, student groups, and our student unions.

The most prevalent bank on our campus is Royal Bank of Canada (RBC). The Student Society of McGill University (SSMU) banks with them, they sponsored frosh for the Faculty of Arts and Science, they are currently sponsoring a class in the Faculty of Management, and they have had a steady presence at career events on campus.

Canada’s largest banks – RBC, Scotiabank, BMO, CIBC, and TD – are notorious for their ongoing investments in fossil fuel expansion. In the past few years, RBC in particular has come under fire for being a lead financier of the Trans Mountain (TMX) and Coastal GasLink (CGL) pipelines, passing through the territories of Secwepemc and Wet’suwet’en peoples, respectively, without legitimate consent. RBC is investing $262 billion directly into the fossil fuel industry since signing the Paris Agreement in 2015. They have indicated no signs of slowing their involvement in the fossil fuel sector.

In other words, Canada’s banks are actively funding both climate change and modern day colonialism in Canada, specifically through ongoing Indigenous land dispossession, denial of Indigenous sovereignty, denying the Free, Prior and Informed Consent of Indigenous peoples and violating international, Indigenous, and human rights.

For RBC to be investing so much in students, we must be doing something for them. One thing we’re doing, of course, is putting our funds in RBC accounts which RBC then uses to finance projects like TMX and CGL. Another benefit is that we are part of their talent pipeline, which funnels students in their direction in exchange for sponsorships and banking privileges. Furthermore, it is an ethical concern when the SSMU associates with and supports institutions whose values are opposed to those of the students they supposedly represent. Students have made their values clear by pushing bills for better climate and solidarity policies such as the Climate Justice Policy (2019), Divest for Human Rights Policy (2021), and Indigenous Solidarity Policy (2021), among others. RBC stands for the exact opposite, regardless of the socially benevolent public image they tirelessly try to maintain.

As students we have unique influence over these corporate giants and we can pressure them to do better. Universities collectively pour billions of dollars into banks (McGill has $13.1 M invested in RBC as of June 2022, more in other banks). They lend an aura of legitimacy to banks’ reputations by allowing banks to sponsor events and classes at institutions that are respected as pillars of progress, knowledge, and truth.

If universities across the country were to show their displeasure with banks’ practices by threatening to pull their funding from the banks, we would be a force to be reckoned with.

What’s more, we do actually have the option to pull money out of RBC. As of 2021, SSMU had $9 million of investments that could be moved to a credit union (which incorporate members’ voices in their governance structures, typically invest in local businesses, and tend to focus on environmental/social good). This would show big banks like RBC that we mean it when we say we’ll stop being their customers if they don’t change their practices.

Universities and student unions alone may or may not be able to unilaterally pressure banks to pull their money out of fossil fuel expansion and colonial pipelines. We don’t really know. But the good news is that the push for  universities and student unions to pull money out of these banks is only one part of a nation-wide strategy to target banks at all levels. Banks’ reputations, shareholders, prospective and current employees, current and future customers, AGMs, and board members are all under pressure from NGOs, grassroots groups, and Land Defenders. With all of these strategies combined, we have the opportunity to force the banks to stop financing climate destruction and colonial violence once and for all.