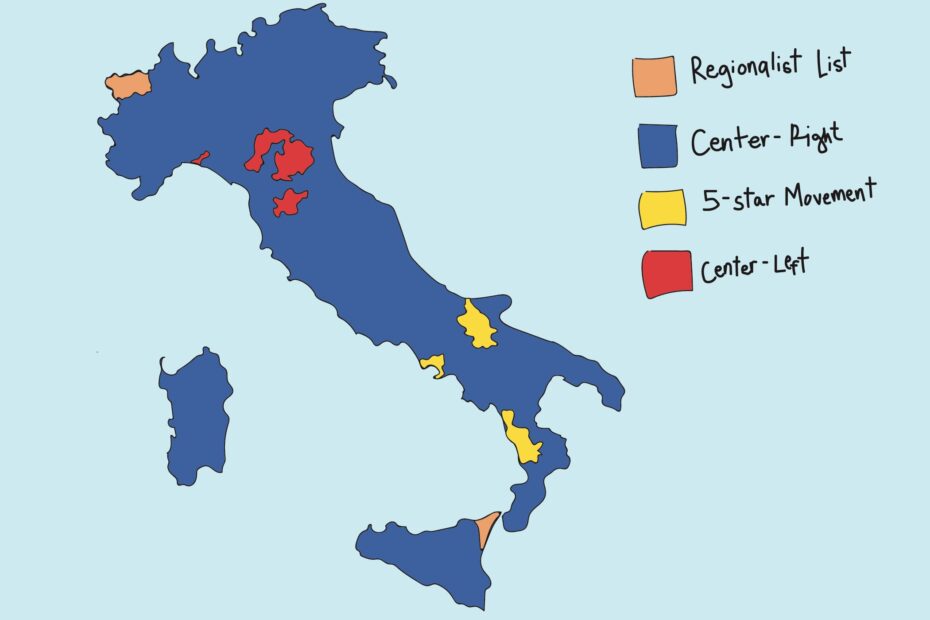 Some quotations have been translated from Italian.

On July 21, Italian prime minister Mario Draghi stepped down after 18 months in power. The fall of his government occurred following a confidence vote in the Senate in which three parties of his coalition – Movimento Cinque Stelle (M5S), la Lega, and Forza Italia – refused to give their votes to Draghi. In a speech to the Senate, the outgoing Italian PM justified his resignation by saying that his decision followed “the collapse of the national unity majority that had supported this government since its formation.”’ During his 18 months as prime minister, the former director of the European Central Bank succeeded in reinforcing links with his European neighbours, something which has allowed Italy to receive more European financial aid than any country in the EU, and to tackle the economic crisis that followed the pandemic. President Sergio Mattarella dissolve Parliament and called for an early election. The search for new governments has been the norm in Italy, especially in recent years: this is the fourth new Italian government in five years.

On election day, the centre-right coalition led by Giorgia Meloni’s Brothers of Italy (Fratelli d’Italia) obtained 44 per cent of the vote, winning a plurality. This is the first time since the Second World War that a far-right party has won a plurality of the votes in Italy. Meloni’s coalition partner, Matteo Salvini, head of the anti-immigration League (Lega) party won nine per cent, and Forza Italia, led by ex-prime minister Silvio Berlusconi, took eight per cent of the vote. Left-leaning parties, for their part, performed dismally. The centre-left coalition led by Enrico Letta, secretary of the Democratic Party, gathered 26 per cent of the vote, while the Five Star Movement saw its share of vote decrease from 32.7 per cent in the 2018 elections to 15.6 per cent. “Today is a sad day for Italy and Europe,” said Enrico Letta after announcing his resignation in the wake of his party’s loss. In conversation with the Daily, Paolo Levi, correspondent of the National Associated Press Agency (ANSA) in France, explained that “the Italian electoral system rewards who presents a united front” and that “the center-right coalition benefited from the left’s failure to unite.” In other words, the mixed electoral system combining the use of majority and proportional representation benefits coalitions, and the left-wing parties in Italy have failed to find common ground and offer a unified response to the social, political, and economic crises the country is facing.

Following negotiations between the various right-wing and far-right parties and President Sergio Mattarella, who must all agree on the composition of the future government, Giorgia Meloni is likely to become the first woman in the history of Italy to govern the council of ministers. The victory of the Brothers of Italy, which is just ten years old, is a shock for Italy and Europe. The party has experienced a rapid rise in popularity, going from 4.3 per cent of the vote in 2018 to 26 per cent. Paolo Levi explains this rapid emergence to by saying that “Meloni has been very consistent in her political arguments throughout her career.” At 15 years old, she was already an advocate of the right-wing Alleanza Nazionale, and at 31 years old, under the government of Silvio Berlusconi, she became Italy’s youngest minister ever. In addition, the Brothers of Italy, has been a party of opposition for the past ten years. The Daily spoke to an anonymous Italian student at McGill, who states that “Italians want change, the party of Fratelli d’Italia is the only true opposition party, therefore it’s a party of change,” adding that “for many, this was considered as a strategic vote; the left-wing parties today are a dead end.”

Moreover, the coalition touches upon subjects that are close to the daily lives of many Italians – including the economy, the consequences of the war in Ukraine, and immigration. Indeed, the International Monetary Fund released a report showing the growth projections in the world’s economic outlook. Italy and Germany are the countries whose economies are expected to be hit hardest in Europe in 2023 – in large part due to their dependence on gas. One of Meloni’s main campaign promises is to reduce Italy’s debt, which is estimated to be over 150 per cent of its GDP. Furthermore, the topic of sanctions in Russia is one of great debate within the centre-right coalition. If Meloni seems to have taken a clear position in favour of helping Ukraine, Salvini has stated on many occasions that the sanctions were useless and did more harm to Italians. Additionally, the centre-right coalition dedicated a whole section to “security and illegal immigration” in its unified program. They made “public safety” a priority, as seen with Salvini’s “Italy First (Prima L’Italia)” slogan. Immigration has also been a key part of the campaigns of both Meloni and the leader of the League party; Matteo Salvini has promised to enforce stricter border controls and block boat landings. The party leaders have also encouraged establishing EU-managed centres to evaluate asylum applications before refugees arrive in the EU.

Italy is not the only country in Europe to experience the rising influence of the political right. Six national elections are taking place in EU member states from September to November of this year, some of which are high risk for the unity and efficiency of the EU. Recently, Sweden also saw a breakthrough for the far right in the parliamentary elections with the victory of the Democrats. The stakes of this election are particularly high since the country will preside over the Council of the EU from January 1, 2023. Andrzej Duda, Victor Orban, and Marine Lepen – all far right-wing and conservative leaders across Europe – congratulated Meloni on her victory. Paolo Levi talked about the implications this election would have for Italy and Europe. He explains, “it is a big gamble for Meloni to go from opposition party to ruling party. Her first big challenge is to present a government that can tackle the multiple crises in Italy and Europe.” Furthermore, since the start of the pandemic, increasing solidarity has been observed in Europe, especially with the decree on the mutualization of debt – “a miraculous agreement, a true promise of brotherhood which brings us back to the initial hopes of the founders of Europe,” says Levi. However, this agreement is conjectural and was pushed by the government. “We need to see if Meloni will continue this mission and try to make it a structural pact,” Levi adds. Because Italy is the largest recipient of the EU’s $800 billion COVID recovery fund, Levi speculates that the country needs the EU to survive. He told the Daily that “Meloni’s patriotism will have to go through the European prism; if she truly wants the best for Italians, she will accept cooperation with Europe.” The rise of far right-wing parties is a threat to the unity of the EU on which many depend, Europe’s capacity to act as a cohesive group is the only way to efficiently tackle these crises.