Why I (Mostly) Loved ‘Love on the Spectrum (US)’

A refreshing, yet not perfect, portrayal of dating as an autistic person 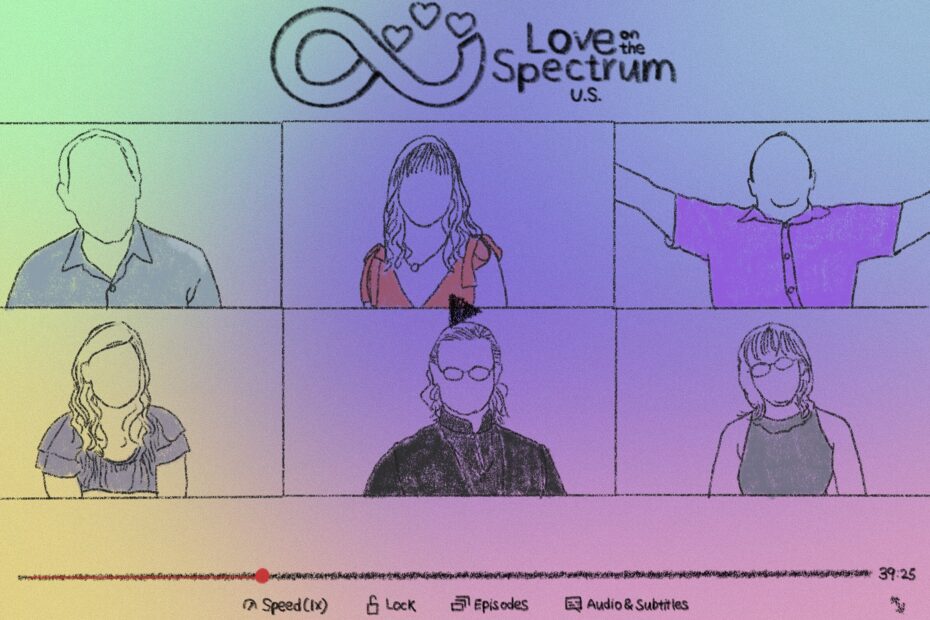 Like many people, I watched Netflix’s new release Love on the Spectrum (US) shortly after it came out in May. After gobbling up the whole season in a couple of days, I moved on to the original Australian version. And to be honest, I loved it. But I had a perspective that not all viewers did: I’m autistic.

I want to make something clear: I am one autistic1 person. I have certain opinions about this show, but that does not mean they are the opinions of the “autistic community.” Rather, they are my opinions.

Love on the Spectrum (US) follows six single autistic adults: Dani, Abbey, James, Kaelynn, Subodh, and Steve. Each of these individuals has a different life story, and this variety illustrates how many diverse experiences there are on the autism spectrum. Throughout the course of the show, we get to learn about each of these people’s families, jobs, interests, and dating history, including how each of these things are impacted by their autism and/or other disabilities. The confessional-style interviews give us the ability to connect with the participants on a deeper level and are perhaps my favourite part of the show.

I had a great time watching Love on the Spectrum. For one, it’s not very often that autistic people see ourselves portrayed in romantic relationships in the media. TV often relies on a tired stereotype of autistic people as either asexual or unable to get a date. Some autistic people do fit into these boxes, but it definitely is not all of us. The representation of real, diverse autistic stories was almost enough to forget anything I disliked about the show. I saw my experiences of socializing, dating, and even everyday life portrayed in each of the stories. In one standout moment for me, Kaelynn, a 24-year-old autism therapist who lives with multiple disabilities, shows the way that she and her roommate have labelled each of their kitchen cupboards to show what was inside. I laughed as I paused the show and texted my former roommate, with whom I had done the exact same thing.

And I didn’t just relate to Kaelynn. Abbey, a 23-year-old from Los Angeles who runs an online hat shop, spent many of her interviews (and dates!) talking about her love for The Lion King and Disney princesses. As a 22-year-old who sometimes feels ashamed about my intense interest in the Descendants series due to online shaming of so-called “Disney adults,” it was refreshing to see another person my age who had a passion for
kids’ media.

Of course, the dates the participants go on are the show’s main focus. The participants are matched up with a person that shares some things in common with them, and they spend their dates doing things that match their unique interests. Abbey and David, who both love lions, spend their first date at the zoo looking at lions together, and Dani and Adan are matched over their love of animation. As an autistic person with an autistic partner whom I met online through one of our shared special interests, it was cool to see these people forgoing traditional dates for a special autistic date.

I felt particularly uncomfortable watching a scene where Abbey’s mom cried while remembering how she felt when Abbey was first diagnosed with autism – something that felt particularly out of place in a show that generally celebrates autism. The editing is also infantilizing at times – mainly the bouncy, playful scores that play over dates between two grown adults. This infantilization has translated to fan communities as well. For example, an “annoyed James compilation” that stitches together James in moments of distress for entertainment has over 60,000 views on YouTube. An infantilization that, in this case, borders on making fun of
James’s disability.

Given the considerable presence of a wide array of sexual orientations and gender identities among autistic people, it is surprising that there are no queer couples on  Love on the Spectrum (US). One of my favourite parts of the Australian version was watching Chloe and Teo discuss their queer identities and go on dates with people of different genders. I hope that if the US version is renewed for a second season, we will have the opportunity to see some queer folks. The Australian version also shows us two long-term couples: Jimmy and Sharnae, who get married in the second season, and Thomas and Ruth, who get engaged in the first season. It was refreshing to see autistic couples that had stayed together and were building their lives together – which was missing in the American version – especially as an autistic person in a long-term relationship. One bonus of Love on the Spectrum (US), however, is that the “autism expert” and dating coach, Jennifer Cook, is actually on the spectrum herself. The same cannot be said about the Australian version.

Overall, what I loved about Love on the Spectrum was the people – not the show. Seeing my own experiences reflected in participants was a breath of fresh air, and even the ones I didn’t necessarily relate to were likeable and fun. But the show is not without its faults.

So, should you watch Love on the Spectrum? Yes, but not without a critical eye. The show is a great chance to watch autistic people fall in love, but don’t expect anything more profound than your standard reality TV show.

1 When speaking about the autistic community in this article, I have used identity-first language (“autistic person” rather than “person with autism”). While this contradicts the language often used in professional and clinical contexts, it corresponds with the preference of much of the autistic community, including myself. For more information on identity-first language, check out these pages from the Autistic Self Advocacy Network and the Autistic Women & Nonbinary Network.