What you should know as a student voter 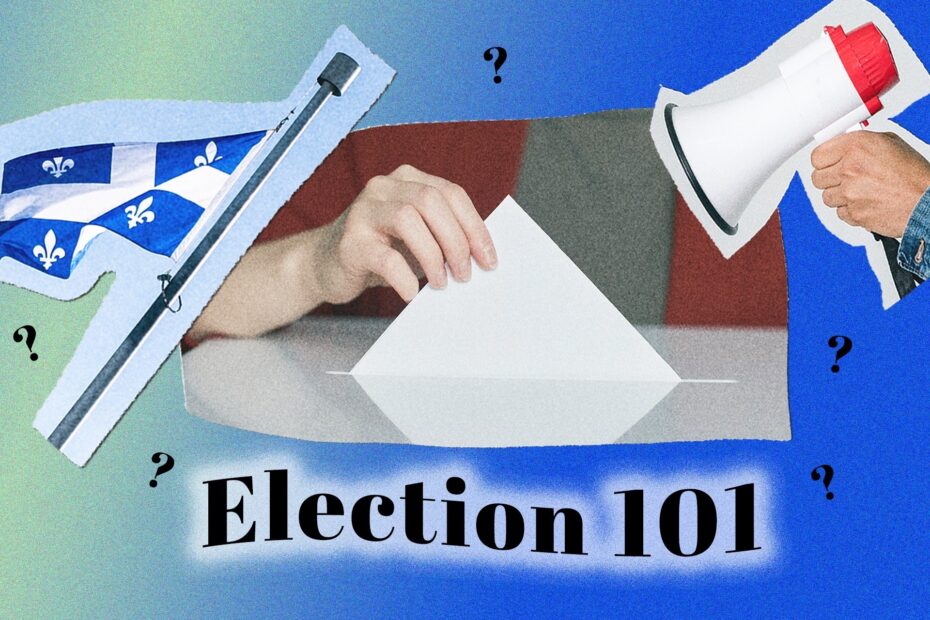 To be an eligible voter, you must be 18 years of age or older, a Canadian citizen, have been domiciled in Quebec for six months, and must not be under curatorship nor have lost your electoral rights. Your name and home address must be on the list of electors. To confirm it is , you can check your registration or submit an online application.

Where, when, and how can I vote?

Save the date! Election day is on October 3 from 9:30 a.m. to 8 p.m. Elections Quebec will notify you the address at which to vote via mail on election week. To ensure equal access to polls, McGill’s classes, labs, and examinations will be canceled October 3 in all faculties. Moreover, your employer must ensure that you have four consecutive hours to vote during this time range. You will also be able to vote in advance polls directly on campus at 680 Sherbrooke Street West, on September 23, 27 and 28 from 9:30 am. to 8 pm and September 29 from 9:30 a.m. to 2 p.m.

What is the current state of the campaign?

Currently, the National Assembly of Quebec is dominated by the Coalition Avenir Quebec (CAQ), led by François Legault, with a majority of 76 seats. The Quebec Liberals (QLP) have 27 seats, Québec Solidaire (QS) has 10, the Parti Québécois (PQ) has seven, and the Conservative Party of Quebec (CPQ) holds one seat.

Based on polling up to this point from Mainstreet Research and other firms, the CAQ has been leading polls. Québec Solidaire, however, is ahead among the younger voting demographic (18-34). Their agenda, which includes reforms like “surcharging SUVs and other polluting vehicles, creating new taxes on wealth and large inheritances, and a promise to buy 10,000 homes to resell at a discount”, reportedly appear to be the most appealing to young voters. These key promises directly target the youth’s main concerns, namely the economy, the environment, and housing. Yet, the question remains on how to encourage them, who  represent almost a third of the electorate, to cast their ballots on election day.

What is at stake for this election?

Inflation in Quebec rose to 7.3% in July 2022 and since then has generated debates between parties on how to alleviate the cost of living. The main divide in the race is between the PQ and other parties. While the PQ opted for progressive and temporary measures, such as one-time payments of $1,200 for people making less than $50,000, and $750 for those making between $50,000 and $80,000, most candidates have promised to cut down taxes. Economist Bouchard-St-Amant pointed out the relevance and efficiency of the PQ’s plan, compared to the tax-cut approach that may come at the expense of Quebec and its future generations’ finances.

The upcoming climate strike on September 23 demonstrates once again the public’s concern for environmental issues. As shown by a CBC survey, it is one of the Quebecers’ top priorities, with 31 per cent of respondents placing environment as the most important issue in this election. But just as the 2018 CAQ’s objective to reduce greenhouse gas emissions of 37.5 per cent by 2030 lacks an effective and viable set of measures, other parties are also reluctant in proposing tough policy changes. Measures that appear too costly (eg. gas taxes) or drastic (eg. shift in diet) for the electorate have led Quebec’s political parties to turn to long-term plans, despite the immediate climate urgency. On one end of the spectrum is the CPQ, who chooses not to set emission targets and rather reward customers for saving energy, and the CAQ reinforcing the shift to electric cars to reach its 2030’s target (which now also might not be sufficient to meet the deadline). On the other end of the spectrum are the Liberals, who have placed the environment as their main focus and offer a $100B plan to develop a green hydrogen industry. The QS and PQ both have similar ambitions when it comes to increasing protected areas and agricultural lands, along with plans to invest in public transit in the hope to reduce emissions by 50% by 2030.

Historically an affordable province to live in, Quebec’s rents have been skyrocketing since December 2021. Montreal has been hit the hardest by the nationwide housing crisis with an ever-low vacancy rate of 3 per cent this year. All parties offer different solutions to provide affordable housing. On the one hand, the CAQ plans on investing $3.7 billion over six years to build affordable housing units (HLMs), and the QLP and CPQ aim to eliminate welcome taxes respectively for first-time home buyers, and young families. On the other hand, PQ and QS both promise a rental price registry and more rent control. However, the PQ has committed to the construction of intergenerational housing, whereas the QS promotes the construction of 50,000 energy-efficient social housing units.

Why is it also important for the rest of Canada?

The debate around bills 21 and 96, respectively targeting secularism laws and reinforcing rules around the use of the French language, has been prominent in this race. At the federal level, the bills raise the question of whether they undermine constitutional values, as stated in the Canadian Charter of Rights and Freedom. Consequently, the debate further reinforces Quebec’s identity as its own nation, and thus shows its reluctance to conform to the federal legislature.

Legault’s focus on increasing Quebec’s autonomy over the past few years has also been shown through his immigration policy, significantly diverging from Trudeau’s national ambitions. Legault set a limited “capacité d’accueil” of about 50,000 newcomers per year, mainly to protect the French language and Quebec’s culture. While he hopes to maintain this threshold, the Parti Quebecois aims for 35,000 a year, and other parties are proposing higher numbers. Regardless of his position as the middleman on this issue, Legault’s policy doesn’t match the increase in immigration targeted at the federal level, from 431,645 permanent residents in 2022, to 447,055 in 2023 and 451,000 in 2024.

While the Party Québecois has historically been in support of independence, it has recently been questioning its relevance due to a lack of popular support after two failed referendums. Appeal to the public opinion is essential for the National Assembly to represent our interests at best, and casting your ballot is indeed the best way to do so!