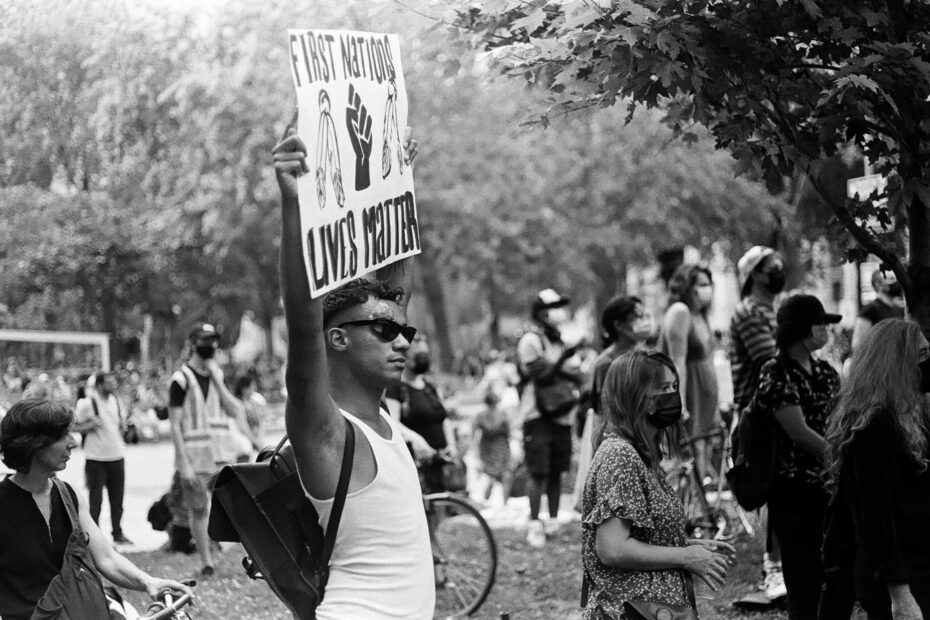 Myles Sanderson, a 32-year-old member of the James Smith Cree Nation, died in the custody of the Saskatchewan RCMP on September 7. He was accused of murdering ten people and of injuring another eighteen, most of them fellow members of the James Smith Cree Nation. His younger brother, Damien Sanderson, was accused of participation in the same crimes. Damien was found dead on September 5. Police did not give an official cause of death but said he had sustained injuries that did not appear to be self-inflicted. Myles Sanderson is being investigated as a suspect in the case of his death as well.

At the time of his brother’s death, Myles Sanderson had been on the run for several days. His evasion of authorities ultimately culminated in a high-speed chase that led to his arrest. Sanderson’s parents pleaded for their son to turn himself in via the media. The chase ended when police forced Mr. Sanderson to drive off the road and into a ditch. Photos show Sanderson standing with his hands behind his back, possibly handcuffed, while being restrained by several RCMP officers. He was arrested on September 7 and was shown alive in photos posted that evening at 6:30 PM EST. His death was announced later the same day.

Various media outlets reported that Mr. Sanderson’s death was caused by a possible overdose or self-inflicted injuries. Officer Rhonda Blackmore, the spokesperson for the local RCMP who briefed the press, offered no official cause of death. However, Officer Blackmore did share that a knife was found in the car with Sanderson and that he went into “medical distress” some time after his arrest. Blackmore concluded by saying that the results of his autopsy would not be released to the public as they were part of an ongoing investigation.

The term used by Officer Blackmore, “medical distress,” is not a clinical diagnosis. In the last eighteen months, an unnamed 35-year-old man in Alberta and another in British Columbia also went into “medical distress” and died while in RCMP custody. The same phrase was used to describe an incident in late 2021 when an unnamed woman “went into medical distress” while in the custody of the Saskatchewan RCMP. On August 4, 2022, just over a month before Myles Sanderson’s arrest, an unnamed 23-year-old man died hours after being arrested by Morse RCMP. Both incidents prompted an internal investigation whose results have yet to be released. These cases of apparent “medical distress” indicate a possible trend of RCMP personnel exempting themselves from assuming responsibility from medical deaths while possessing someone in custody.

In Canada, people who have been accused of crimes and detained or arrested by police lose some rights but retain many others. These include the right to medical attention, the right to stand trial, and the right to not be killed by the state. As such, any death of a person in Canada while in the custody of the state merits investigation.

The investigation into Myles Sanderson’s death will be conducted by the Saskatoon Police Major Crimes Unit with a civilian organization known as the Serious Incident Report Team (SIRT) serving as an observational watchdog. SIRT is a relatively new project that has two staff members at present and as of July was not considered fully operational. The Saskatoon Police Major Crimes Unit has committed to sharing the results of its investigation into the Saskatchewan police’s management of the Myles Sanderson case with the Ministry of Justice and Attorney General. It is unclear whether there is a plan to make those findings available to the public. Federal Safety Minister Marco Mendicino said simply that the priority at the moment was “the family.”

A report by the Office of the Correctional Investigator found that in a ten-year period between 2001 and 2011, 530 people died in federal custody from a range of causes, including natural death, suicide, accident, and homicide. Suicides accounted for 94 of those deaths, and another 29 were homicides. The remaining 467 were ruled either natural deaths or accidents by the federally-funded investigation. The UN reports that mortality rates for people in prison are twice what they would be otherwise. Indigenous peoples constitute less than five percent of the population of Canada but 30 per cent of people in Canadian federal prisons. In women’s facilities, the proportion is even higher. Indigenous women constitute almost half the female prison population in Canada.

There are some clues as to why this may be the case. An investigation conducted by the CBC into the deaths of 61 people who died while in custody after being arrested for public intoxication. They found that, of the cases they reviewed, many of the deaths could be attributed to the person having been left alone or their medical condition having not been addressed. They found that half of all those cases involved Indigenous peoples.

Canadian institutions, particularly those in which Indigenous peoples are taken into custody, have a long history of violence against Indigenous peoples. Though some truth and reconciliation commissions, such as South Africa’s, are initiated by the state, Canada’s Truth and Reconciliation process began as a result of a court case brought by a union of Indigenous survivors of Canada’s residential school system. Canada’s residential school system, which began in the 1880s under Prime Minister John A. Macdonald and which existed until 1996, was a program of family separation and cultural assimilation that has become internationally notorious for its human rights abuses.

Canada’s treatment of Indigenous peoples has already been decried by several international human rights organizations such as the United Nations and Amnesty International. Canada’s Truth and Reconciliation process ended in 2015. The result was a series of reports detailing the various abuses perpetrated via the residential school system. These included, but were not limited to, physical and sexual abuse as well as the systematic torture of Indigenous children through separation from culture, language, and family. Residents endured physical suffering and humiliation at the behest of the state with the express and stated purpose of breaking their spirits. The report describes these actions in no uncertain terms as “cultural genocide.”

The system was created to bring to life Canada’s first prime minister’s vision of a European colony in the New World and to address the threat that millions of Indigenous peoples posed to that vision. The report goes into great detail about the lasting impact of these human rights violations on Indigenous peoples in Canada, particularly to those who attended these institutions and their families. To refer to the victims and survivors of those schools as “students” would not be appropriate. The report itself states that the institutions belonged to an educational system in name only. Over four thousand Indigenous children died or went missing while attending residential schools. In many cases, their names were not written on their final resting places. They were buried far away from their families.

The Truth and Reconciliation report includes a section about the “long shadow” that the incidents described therein have had on the lives of Indigenous peoples and communities in Canada. The pain and destruction wrought by family separation, the attempted erasure of cultural practices, and the violence and isolation experienced by the children in the schools themselves is immeasurable and ever-present.

Many consider the scope of the Truth and Reconciliation Commission to be too narrow. In terms of the calls to action, reconciliation refers only to reconciliation over the atrocities committed in the residential schools. There remain numerous past human rights abuses perpetrated against Indigenous people that are unaccounted for by the commission, such as forced sterilization and the Saskatoon Police’s infamous Starlight tours. Nor does the publication of this report mean that Canada has changed its ways, which is why it is unsurprising that, as far-reaching as the scope of the commission may have been, Canada has yet to honour even these restrained commitments.

Myles Sanderson was born in 1990. The last residential school in Canada closed in 1996. Approximately 50 percent of all residential school survivors in Canada live in Saskatchewan, where he grew up. Court records show that Mr. Sanderson had a long and painful history of witnessing, experiencing, and participating in violence. During one of his few times outside of jail in recent years, he was on conditional release under particularly strict and isolating terms: no drugs, no alcohol, and no relationships with women without the permission of his parole officer. The Saskatoon police added via press release that “[t]his investigation is complex and there is no timeline for its anticipated completion.”

His remaining family mourn a man accused of a horrific crime and about whom little is known by the public except that he had black hair, brown eyes, and a troubled past. And that he, like too many Indigenous peoples in Canada, died while in the custody of the state and behind closed doors.