Farming for Our Future

The rise in urban farming 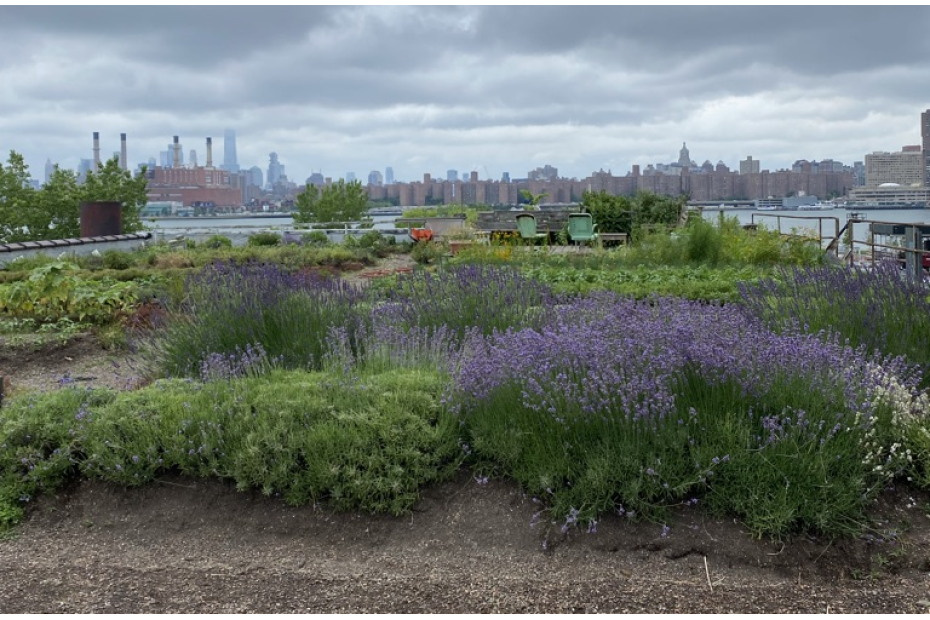 As the school year commences and people share stories of their summers, you may notice a certain trend in summer jobs. Perhaps you’ll even be left with some questions like “what is WWOOFng?” In recent years, an increasing number of people have become interested in sustainable agriculture and have found jobs like working on a farm or planting trees. Studies show that over the past decade, the general population has expressed an increased interest in agricultural careers. By the way, WWOOFing refers to the organization WWOOF, also known as World Wide Opportunities on Organic Farms. The organization connects small organic farms with those looking to gain experience in agriculture. Participants receive free room and board (and occasionally a stipend) from the farms in exchange for labour and usually stay on the farms for a short period of time. This model is ideal for students since living expenses are covered, and many use WWOOF as an affordable way to travel since the network includes farms from all over the world. As the detrimental effects of industrial agriculture on climate demonstrate that we need to develop alternative agricultural methods, urban farming is also on the rise. A new wave of thought emphasizing regenerative agriculture that deviates from Western and capitalist norms is upon us. Many are inspired by this movement, and their first step is to get involved by learning how to farm. I, myself, spent three months of my summer working on a rooftop farm in Brooklyn, New York.

One of the major events contributing to the increase in general agricultural interest, ranging from gardening to farming, was the beginning of the pandemic. Due to the shutdown of many businesses and gathering spaces, communities were forced to find new ways to engage in public spaces and with each other while still respecting social distancing guidelines. As a result, people started valuing their public parks and greenspaces more, especially in urban areas. Not only are public parks ideal gathering spaces because they are outdoors, but they are also some of the most accessible spaces since they are free. As a native New Yorker, I never spent more time in parks than when the city was the global epicenter for COVID in the spring of 2020. New York even temporarily changed its open container policies in 2020 to allow people to drink alcohol in public parks to encourage people to gather outside. This increased use of public greenspaces led to an interest in activities that created or maintained these spaces. In my neighborhood of Greenpoint, Brooklyn, community members started organizing park clean-ups to gather with others while carrying out a service that betters the quality of the park for everyone. The city service that collected compost was also suspended, and as an alternative a community compost bin was used in our local park. These alternative methods were more self-sufficient and more beneficial as they provided to the local community and connected community members with one another.

One of the main factors that drives this need for self-sufficiency is the ongoing climate crisis. Those who are aware of the effects that global food industries and their unsustainable practices have on climate change are tired of the lack of action exhibited by governments and other institutions and are searching for alternatives. In fact, climate change puts food supplies at risk. Increased agricultural sites lacking the necessary climate-resilient infrastructure to protect productive land from being lost to droughts or floods. To feed the growing population, we must develop agricultural practices that account for these pressures levied by climate change. It’s important to note that there is no single prevailing solution to these problems as they are developing in real time and  vary across geographical regions. However, one potential solution is to invest in urban agriculture infrastructure. Urban agriculture creates and/or uses greenspaces and food sources in areas where there were previously none, and it diminishes the need for cities to outsource food. The urban farm I worked on this past summer is a rooftop farm that puts space that would otherwise be empty to use. Imagine the amount of food that could be produced if every rooftop in Montreal was turned into a greenspace where crops could grow. Additionally, urban farms have the ability to provide for lower-income communities by offering job opportunities and greater food security.

Ultimately, the trend of young adults getting involved in agriculture demonstrates a desire to restructure the way in which societies interact with agriculture. As many grow tired of the reliance on massive corporations for food, they are turning to their own abilities to provide for their communities. The development of agriculture is considered by many historians to have triggered a revolution in the way humans live in structured society. Reimagining agriculture, then, would be one of the steps to a reimagined society. Take a second to reflect on what it would mean to be able to live in a city where you can walk to where your food is grown. Envision what it would be like to go to a greenspace in your community where you and your neighbours all work together to cultivate food which you then take home to eat. Obviously, this seems very removed from our current reality, and it does have its limitations – such as the crops allowed for by local climates. It would also require massive amounts of funding. However, if even a small percentage of urban food supply was sourced through urban farming, this would make a big difference. After my three months of urban farming this summer, I began to appreciate the effort and resources that go into producing food like never before. I also enjoyed connecting with other people in my area over our shared interest, and the experience exposed me to a lot of urban agriculture initiatives about which I would never have known otherwise. I think everyone would greatly benefit from access to a greenspace intended to foster and nourish communities.

If you would like to get involved in in agriculture in Montreal, the city has various community gardens. Near my apartment in the Plateau, there is Santropol Roulant, which utilizes urban and peri-urban agriculture to provide food to those in need. Even at McGill there is Midnight Kitchen, which is a collective dedicated to providing free meals on campus. They have an on-campus garden open to volunteers where food is grown and then used in these meals. Even if you don’t have the time to volunteer, you can always stop by a farmers’ market to support local agriculture and enjoy some delicious produce.