Behind the Zines: Interview with Montreal-Based Artist Cloé Murphy

Cloé Murphy on making and sharing zines for the masses 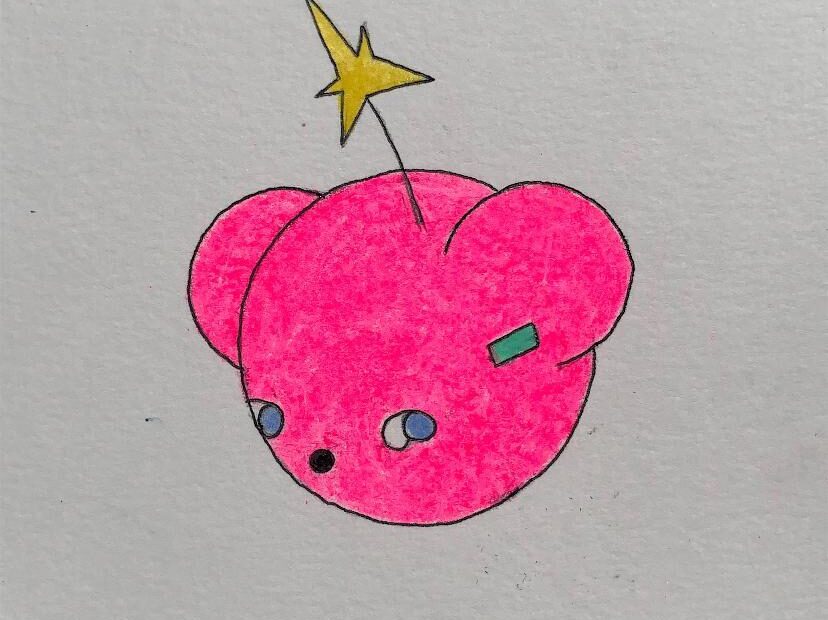 Last month, I journeyed to Concordialand to chat with Cloé Murphy, a fourth-year fine arts student with a knack for making zines. This summer, with support from Concordia’s Elspeth McConnell Fine Arts Award and the non-profit ARCMTL, Cloé organized and hosted eight zine-making workshops across Montreal. The workshops were free to attend, and they brought Montrealers of all ages and experience levels together to cut, paste, draw, paint, read, write, and learn about zines. For this interview, Cloé and I sat cross-legged on the floor of an empty hallway in the Henry F. Hall Building, discussing this little-known medium and exploring the possibilities it presents to artists and activists on a budget.

The McGill Daily (MD): First, tell me about your background in fine arts.

Cloé Murphy (CM): My family has always been involved in the arts. My dad worked in art direction, and my mom was a producer for a long time. So I always had a lot of art influences growing up, and my parents really encouraged me to involve myself in the arts.

Still, I feel like I came to the arts later than most people. I didn’t go to a fine arts school until my final year of high school, and I had always thought I would go into a very “corporate” profession. However, I found art to be very comforting in my early high school years. I was going to an all-girls private school, and I had a hard time making friends. I’d often spend lunch drawing by myself in the art room. In Grade 11, I ended up switching to an art school in Toronto: Rosedale Heights School of the Arts. And it was good. It was what I needed.

From there, of course, I decided to go to Concordia. I felt that moving to Montreal would give me more than staying in Toronto. I’ve focused mainly on drawing and painting for the past three years, but I’d like to experiment with other mediums. Recently, for instance, I joined a ceramics studio. I still enjoy drawing and painting, but I think they can be limiting, and I’ve found that I feel more satisfied with three-dimensional objects. That’s part of what drew me to zines.

MD: For those unfamiliar with the medium, what exactly is a zine?

CM: For me, a zine is a self-published booklet. The word “zine” comes from “magazine,” but whereas magazines are products of the corporate world, zines are intended as DIY projects, and they aren’t focused on making money. Making a zine is about spreading a message – or images or opinions or news – as fast as possible. There’s a rawness to it. You can really sense a person behind a zine.

MD: What got you interested in making zines? Did any particular person or people inspire you?

CM: I didn’t know much about the small press or zine-making until a couple of years ago. That’s when I met my friend Deb – she’s such a cool artist. She was always really into making zines, and she always teaches herself everything. We became pen pals, and she started sending me all these crazy things she was making, just at home or with her printer. She wasn’t spending any money on these things. And I really appreciated her approach to art because I find that at Concordia, or at any art institution, there isn’t an expectation voiced to you that you spend a lot of money, but it does feel that way sometimes.

Deb kind of introduced me to zine-making. They would come and do random pop-ups in parks where they would have a blanket and all of their shit in front of them and sell it to strangers. They actually own their own small business. At 17 or 18, they were reprinting zines for people and mailing them around the world. It was a really small community of people who were involved, but it was awesome.

MD: You yourself had the opportunity to host a series of zine-making workshops across Montreal this summer. Tell me about these workshops and about your role as organizer.

CM: Earlier this year, I applied to Concordia’s Elspeth McConnell Fine Arts Award, which offers $5,000 for students to work on a project with a non-profit. I thought of doing the zine-making workshops back in January, prepared the application, and got the award. I’ve been working since then with ARCMTL, a non-profit that runs Expozine, among other things.

I did my best to give each workshop a focus. I didn’t want them all to be the same, and there are just so many different kinds of zines. You’ve got political zines, art zines, zines that tell personal stories, poetry zines, photography zines. There’s a lot of ground to cover, and I don’t know everything, so it was really important for me to reach out to others and get help from them. For example, I invited my friend Holly to collaborate with me on a poetry zine workshop. That was great because I was able to appeal to a whole other group of people that I probably wouldn’t have been able to reach otherwise.

Mostly, however, I wanted the workshops to be a space for people to gather and meet one another and relate to one another. It’s been so amazing meeting all these new people and making all these new friends. I had a few people who came to almost every workshop – they just always made an effort to come, and it was really sweet. Because I know that community-building is important, and things like this just couldn’t happen during the pandemic. I don’t mean to suggest that I started this, but I do think there’s been a lack of random little drawing events for people to show up to recently.

MD: What do you like about zines? What are the benefits of this medium? What are its limitations?

CM: I like that zines are a physical thing to hold. I like that they’re cost-effective. And I like that, for most zines, it’s perfectly okay to scan them, reprint them, and share them. It’s not an issue of stealing or copyright infringement if I reprint a zine, and I think that’s how information should be. A lot of the zines I brought for the Anarchist Book Fair were political; some were related to feminism, some to harm reduction. This stuff is meant to be shared.

What are its limitations? There aren’t a ton. You can make a zine in so many different ways. I suppose it can be time-consuming, maybe a little intimidating – you don’t want to mess up.

MD: What can you tell me about the relationship between zines and activism? How have you seen activists, in Montreal or beyond, use zines to spread their message?

CM: Zines are inherently political, inherently energized. It’s so easy for an activist or activist organization to type something up, put together a zine, and spread their message around the world. Another advantage to activists is that, with zines, you don’t have to go through a publisher. This gives individuals full autonomy and power over their words – nothing has to be censored.

MD: Finally, I would like to start making zines, but I don’t know where to start. What advice can you offer me?

CM: There are a lot of really great resources online. If you want to follow along with someone, there are so many cool YouTube videos you can watch to learn quick and simple steps. I would definitely just do some quick Google searches if you’re feeling a bit lost.

In terms of materials, plain printer paper is super easy to find. You can write or draw by hand, or you can use a computer. There are plenty of free programs available – you definitely don’t have to use InDesign. Pens, pencils, and collage material are also helpful. If you have magazines or newspapers to cut, you’ll want some scissors, glue or tape, and perhaps an Exacto knife. But it doesn’t have to feel like you’re creating a book. I own a few zines that are just collections of people’s drawings and doodles. That can be a good place to start.