Inuit leaders, scholars, and artists present their work to the McGill community this first-time event series. 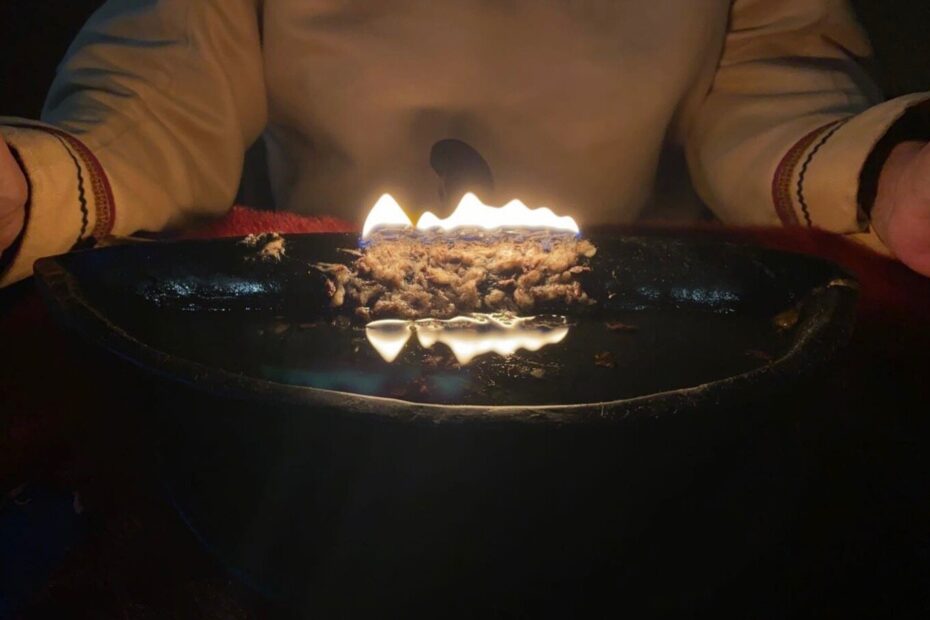 Wednesday, September 8, marked the first day of Ajuinnata at McGill, an event series “highlighting Inuit excellence, achievement, and perseverance.” It also aims to facilitate a range of opportunities for the McGill and Montreal communities to engage with Inuit leaders, scholars, artists, and their work. Organized by the Office of the Provost and Vice-Principal (Academic) and the Indigenous Studies and Community Engagement Initiative (ISCEI), Ajuinnata at McGill will run until October 25 and will feature presentations by notable Inuit figures, including political leaders, health and wellness experts, climate change activists, artists, and curators.

Ajuinnata (“aye-yoo-ee-nah-tah”) means “to never give up and to commit oneself to action, no matter how difficult the cause may be.” In choosing  this name for the series, the Office of the Provost and Vice-Principal (Academic) writes, McGill seeks “to recognize the Inuit studying, researching, teaching, and working in the McGill community, who champion ajuinnata and help move McGill forward.”

The series kicked off with an opening ceremony and exhibitio vernissage at the Macdonald-Harrington Building, where Inuit Qaujimajatuqangit: Art, Architecture, and Traditional Knowledge exhibition and the McGill Visual Arts Collection’s complementary Inuit art installation, Takunnanguaqtangit, remain on display. Professor Celeste Pedri-Spade, McGill’s first Associate Provost (Indigenous Initiatives), addressed a crowd of about fifty people, as did Interim Principal Christopher Manfredi and, via a somewhat off-putting pre-recorded video, Minister of Crown-Indigenous Relations Marc Miller. Isabelle Laurier, the curator of Inuit Quajimajatuqangit, then discussed her goals of integrating Inuit artwork into architecture and of giving Inuit artists visibility in an exhibition that has visited venues across Quebec, Iceland, and Dubai in the last five years.

The real star of the evening, however, was Inuk elder Reepa Evic-Carleton, who performed a ceremonial lighting of the qulliq, a traditional oil lamp usually made of soapstone and filled with seal oil or whale blubber. Evic-Carleton hails from a small Inuit village on what is known as Baffin Island. When she was six years old, she and her family were forcefully relocated to “the South,” where she has lived ever since and where she once worked as a counsellor and program coordinator for the Ottawa Inuit Children’s Centre. Evic-Carleton may be far removed, by distance and by time, from her home in Nunavut, but she has fond memories of the qulliq. She explained to the audience the many uses of the lamp, among them lighting, heating, cooking, melting ice, and drying clothing. For Evic-Carleton, to feel the flames of the qulliq today is to recall a quieter, more tranquil way of life. “It’s soothing to me, and it’s grounding for me,” she said.

Following the opening ceremony, guests were ushered into the Exhibition Room of the Macdonald-Harrington Building to view the Inuit Qaujimajatuqangit exhibit and to enjoy hors-d’œuvres prepared by the award-winning Inuk chef Trudy Metcalfe-Coe. Having consumed far more than my fair share of feta cheese cups and blueberry-lemon parfait, I was ready to take in the stunning photos, videos, drawings, and sculptures capturing Inuit Qaujimajatuqangit.

Qaujimajatuqangit means “Inuit ways of knowing” and “Inuit ways of doing things.” In the words of Richard Budgell, an Assistant Professor in the Department of Family Medicine and an organizer of Ajuinnata at McGill,  “It’s a beautiful term because it’s all-encompassing.” Laurier’s exhibit celebrates the convergence of Inuit art and architecture in the construction of the Canadian High Arctic Research Station (CHARS), located in Ikaluk-tutiak (Cambridge Bay), Nunavut. A competition opened to Inuit artists across the Inuit Nunangat territory – which encompasses Nunatsiavut, Nunavik, Nunavut, and Inuvialuit – solicited drawings and a sculpture from seven artists: Victoria Grey, Ulaayu Pilurtuut, Timotee (Tim) Pitsiulak, Sammy Kudluk, Ningiukulu Teevee, Koomuatuk (Kuzy) Sapa Curley, and Bobby Nokalak Anavilok. The artworks, digitally enlarged to cover the walls and floors of the research station, “illustrate the traditional Inuit knowledge’s contribution to the development of world-class science and technology, showcasing the past and present resourcefulness and inventiveness of the Inuit,” says Laurier.

Inuit Quajimajatuqangit challenges the myth that Indigenous knowledge and traditional knowledge are incompatible with Western science. It recognizes Inuit ingenuity and the impact this ingenuity has on Euro-Canadian enterprises in Canada’s Arctic. While I stood staring at a sunglasses-shaped diagram, a man approached me and asked if I knew what it was I was looking at. He explained to me that they were snow goggles, invented by the Inuit some eight hundred years ago to protect against snow blindness. “The Inuit were geniuses,” the man remarked. Although he used the past tense, it became clear to us both as we circled the exhibition room, continually raising our eyebrows in surprise as we drank in the written wisdom that accompanied the visual presentation, that the Inuit are geniuses still.

You might have missed the opening ceremony and exhibition vernissage, but there’s still time to celebrate Ajuinnata at McGill. All members of the McGill and Montreal communities are invited to attend the following: a screening of the film Three Thousand and a Q&A session with the director, asinnajaq (September 20); a roundtable discussion on Inuit self-governance (September 22); an Inuit games demonstration (September 28); a talk by the curator and anthropologist Krista Ulujuk Zawadski (September 29); the Zacharias Kunuk Film Festival (October 4, 18, and 25); a conversation on Inuit health and wellness (October 17); and a Climate change presentation by Sheila Watt-Cloutier. Members of the Indigenous community are invited to attend a niriqatigiit (“coming together to eat”) with Chef Trudy Metcalf-Coe on September 26.