The comprehensive guide you never knew you needed 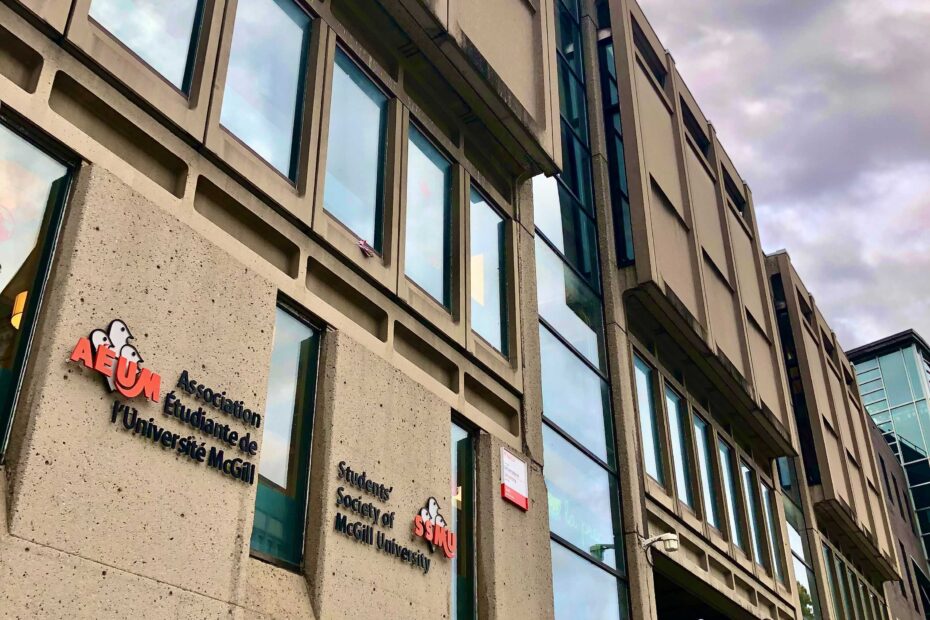 SSMU has been McGill University’s official student union representing all undergraduate students since 1908. Serving as the largest student organization at the university, it provides funding and a space for various campus groups while also helping to maintain a student voice on campus. More specifically, SSMU listens to student voices at various meetings and assemblies before advocating on behalf of the student body to administration. To do this, SSMU has a leadership structure of two decision-making bodies: the Legislative Council and the Board of Directors.

Who Serves and What Do They Do?

SSMU has six elected executives who serve year-long terms: President, VP Student Life, VP Finance, VP External, VP Internal, and VP University Affairs. While all of the executives serve on the Legislative Council, only the president serves on the Board of Directors, representing all other executives.

Each executive has unique responsibilities. SSMU President Risann Wright determines the broad vision for the Society and provides support for the rest of the team. This year, some of Wright’s responsibilities will include enforcing the Constitution and Internal Regulations and managing faculty relations. SSMU’s VP Finance, Marco Pizarro, serves alongside Wright. As a non-profit organization, the council operates on a strict budget, and as such one of Pizarro’s main responsibilities is to maintain the budget and financial stability of the Society. Two other Council roles are the VPs Internal and External. VP Internal Cat Williams manages internal aspects of community building at McGill through organizing on-campus events – such as Frosh and 4Floors – and sending out a weekly listserv to all members of the Society. VP External Val Mansy oversees SSMU’s relationship with organizations beyond the university, as well as campus political campaigns, such as coordinating campus labour unions.

The group also includes VP University Affairs Kerry Yang. Yang is responsible for advocating on behalf of students to McGill administration. He primarily focuses on advocating for underrepresented groups at McGill, doing so by supporting the Black Affairs, Francophone Affairs, and Indigenous Affairs portfolios (amongst others), and by promoting the Menstrual Hygiene Project. Finally, the VP Student Life, Hassanatou Koulibaly, serves as the coordinator between the SSMU Council and student-run clubs and organizations. Koulibaly also focuses on issues such as mental health services, doing so by meeting weekly with the Mental Health Commissioner and by honouring the SSMU Mental Health Policy and Plan.

How Do I Get Involved?

The easiest way to get involved is through General Assemblies (GAs). These are biannual meetings held near the start of each semester where students can propose motions to implement change on campus. To propose a motion, students must gather the signatures of at least 100 students or four Counsellors and submit the proposal. Crucially, any proposed motion cannot contain more than 50 per cent of signatures from the same faculty, and must be submitted at least two weeks before the day of the Assembly. This fall’s GA will be held on Monday, September 26, at 6:00 PM. In addition, students can also participate in Special General Assemblies. Unlike standard GAs, Special GAs are not pre-scheduled. They can occur per request, such as when 200 students or eight Councillors propose a motion.

Hear from the executives themselves:

Priorities: “This year, various advocacy priorities have started to take shape, and the External Affairs team will be there to support them. Groups have started organizing around climate justice, housing, and Indigenous sovereignty.”

Expected Difficulties: “La mission impossible for the year is to try to accomplish all the mandates that the student body has given to the External Affairs (EA) office. The EA mandate list is a long one. There are so many exciting projects that we will be working on, including: an activist bootcamp, an accessibility-focused week, many workshops and more!”

Priorities: “One of my main priorities this year is reinvigorating extracurricular activities on campus and providing club participants with the support they need to fulfil their initiatives and events.  My first way of doing so is planning Activities Night on the lower campus and bringing back the culture around the club fair for both students who were able to experience a vibrant student life on campus and those who have yet to discover the number of ways to get involved throughout your university career. My support is not limited to exposure but also in facilitating the relationship amongst student group execs by hosting network sessions along with club workshops as well as strengthening the relationship with SSMU through a centralized portal that addresses various student group processes in a simplified way.”

Expected Difficulties: “A difficulty I imagine coming my way is achieving both internal and external change that I wish to implement in a balanced manner. Though I came into the position with various goals with the perspective of someone who had an external relationship with SSMU, now being a part of the organization there are many inner procedures that I also wish to work on for the longevity of the Society that I may not have been previously exposed to. I hope to overcome this by keeping in mind the students and providing many opportunities for feedback and accountability in serving students and actually addressing their needs whether this be through coffee hours or open sessions.”

Additional Comments: “I am always open to hearing how I can best serve the student body and I encourage feedback as I work on my various initiatives.”