How and why the Big Food industry got us hooked on ultra-processed foods loaded with added-sugar, salt, and saturated fat 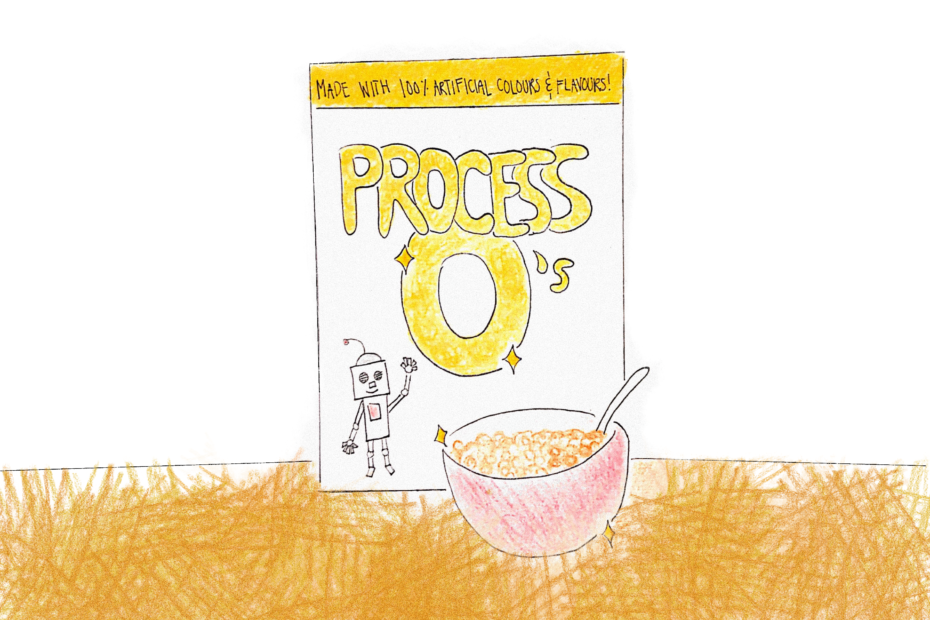 To picture how badly ultra-processed foods impact our physical and mental health, let’s do a thought experiment: imagine a toxic substance that is known to cause many debilitating and fatal diseases. Add to that substance an addictive property: it is abused, binged, and craved. You would probably expect this substance to be highly regulated, but instead it is readily available, hidden in everyday products, heavily marketed, and sold. Even though this sounds like a dystopian sci-fi scenario, it is the story of the Western diet over the last 50 years, and the substance is ultra-processed foods.

Ultra-processed food is food that results from a series of industrial processes, containing high levels of salt, fat, and caffeine and spiked with a lot of added sugar. In the 2010s, Brazilian scientist Carlos Monteiro was the first to propose a classification of foods according to their processing degrees. He noticed that although people were buying less sugar, the rate of obesity and type two diabetes was increasing. Monteiro’s investigations led him to the culprit: ultra-processed food. This type of food, heavily transformed, highly caloric but poor in nutrients and depleted of beneficial alimentary fibres, has caused an epidemic of non-communicable diseases, including type 2 diabetes, cardio-vascular diseases, obesity, cancer, and cognitive decline. Among the food additives, added sugar is certainly the most insidious component since it is thought to drive the addictive-like properties of ultra-processed food. Yet sugar has become ever-present in Western diets. In Western countries, people eat more than six times the amount of sugar that they did in the last century. This increase is due in part to the sugar, salt, and saturated fat added to food, particularly food marketed as “healthy,” such as tomato sauce, yogurt, breakfast cereal, and salad dressing.

When we examine the landscape of the big food industry, we realize that the vast majority of the produced processed food comes from ten huge multinational corporations with a common goal: increasing their profits. Toward this goal, they deploy a whole portfolio of lobbying and misinformation strategies, along with economic measures to ensure the availability and affordability of their harmful products over healthy, non-processed food. The availability of food that contains added sugar has increased by 74 per cent in American grocery stores, and many countries worldwide have seen their local supermarkets fill up with processed food, disturbing traditional eating habits. Coca-Cola explicitly identifies affordability of sugar-sweetened beverages over water as a marketing and growth strategy – and nowadays soda is cheaper than water in most developing countries.

The food industry has increased the amount of added sugar in products to make us buy them more, and we buy them more because we are addicted to sugar. Even though more scientific evidence is required to clarify what is and what isn’t sugar addiction, the concept has grounds in the neurobiology of the brain. One crucial function of your brain is to help you navigate the world by interpreting perceived information as positive or negative and thus driving you to seek for positive ones while avoiding the others; this is accomplished via the brain’s reward system. In this context, addiction can be understood as a chronic brain disorder in which the reward machinery has been “hijacked” by a certain substance (e.g., tobacco, alcohol, cocaine) or behaviour (gambling or social networks) to look for this type of reward over more natural ones (e.g., social life, healthy food). Traditional hallmarks of this rerouted behavioural response include: binging television shows (excessive consumption), intense cravings (an irresistible desire to consume), physical and psychological withdrawal symptoms as well as relapse (the failure to quit despite attempt). Sugar overconsumption can result in several of the following.

Sugar, as a primary source of energy, is recognized by our reward system as highly pleasurable, but it also has other psycho-active effects: people report using sugar for its euphoria-inducing properties in order to cope with stress or to alleviate bad a mood. In one study, rats given the choice between a sweet solution and a shot of cocaine preferred the sugary option over the cocaine alternative. Thus, the attractiveness, the rewarding effects, and the stress-relieving properties of sugar are comparable to those of several drugs and can even surpass them.

Another key feature of addiction is the apparition of binging episodes: drug users testify to consuming more substance than initially intended, and food containing high amounts of sugar triggers a similar loss of control over intake. We can all recall times when we ate one piece of candy for a sweet break – then returned to the bag until it was empty. In addition, food cravings are very common, and most people experience this irresistible urge to consume sweet foods. When we compare the craving levels of cigarette smokers and cocaine users for cigarettes, cocaine, and sugar, it appears that sugar is able to produce cravings similar to those for cocaine and nicotine.

Sugar overconsumption can also provoke tolerance and withdrawal: most drugs induce tolerance, the need to increase the dose to obtain the same initial effect, and withdrawal, the symptoms and negative feelings that appear when the drug clears out of the body. Rats that are given free access to sugar increase their consumption over time, which suggests the development of tolerance. When sugar-dependent rats are deprived from their daily sugar doses, they exhibit signs of physical discomfort and anxiety comparable to withdrawal. Similarly, self-identified sugar addicts report “being shaky,” “anxious,” and “depressed” – symptoms that mirror those of heroin withdrawal.

Even if sugar doesn’t have the toxicity of other commonly used substances, the formulation in which it is most commonly sold and consumed (i.e., hidden in everyday products, combined with high salt and high saturated fat, low nutritional quality) increases both its addictive potential and its harm to human health. The parallels between added sugar and drugs continue with the marketing and political strategies deployed by their respective industries to keep selling products shown to cause disease: food industry actors were found to use multiple strategies echoing ones previously used by the tobacco industry. Both industries fund research that dilutes the evidence of harm, vigorously fight any form of governmental regulation or taxation, support ineffective public health interventions, and pay politicians for inaction. Once again, similar to tobacco and alcohol, counting on personal responsibility to control the consumption is not efficient. Public health interventions should focus on educational efforts to warn about the hazards of ultra-processed food. More importantly, ultra-processed foods should be taxed heavily, they should be banned from schools and workplaces, and subsidies should be provided to improve the accessibility of healthy fresh food. On a personal level, boycotting the Big Food that sparked a pandemic of non-communicable diseases while supporting local farms and cooking your own food are some of the best ways you can resist.