The Impact of Eating Disorders on Our Studies 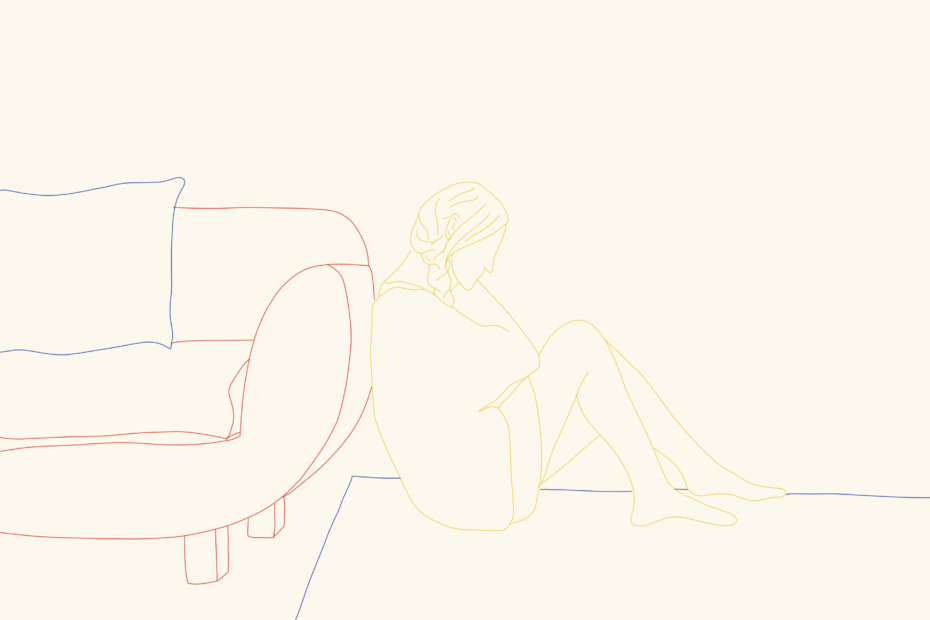 In my first year of university, I was ignoring an eating disorder. Leaving high school with an unhealthy relationship with food, as my body was continuing to grow and develop, I refused to believe anything could go wrong. It turned out that uprooting my life and throwing myself head-first into campus activities led me further into my mental illness. I took the metro to campus every day, passing by advertisements of young, thin white women smiling or contorting their bodies to show off a new product. Once at school, I sat between well-meaning classmates who complained about the calories in the pizza they had while drunk, trying to connect over that “secret crime” we have all committed of daring to nourish our bodies. In between classes, I would meet up with friends in the library and watch as they studied for hours without stopping to eat. On my breaks I walked to the bathroom, only to be greeted by girls who complimented each other only by pointing out their own insecurities.

Self-deprecation and disordered eating habits covered the campus like a thick smog choking me out. It is normalized to spend hours scrutinizing yourself. Friends gathering around a dinner table, eating while simultaneously complaining about the horrific “freshman 15,” enabled me further. The biggest learning opportunities in my first year had nothing to do with my major but everything to do with my body, my behaviours, and my mentality. Absorbing any other information became harder as my brain struggled to balance the work I needed to do against the meagre energy I was providing it. By the time midterms had begun, I was struggling to climb the hill to class and was leaning against cars to stop from collapsing. During presentations, I would forget what I was saying in the middle of my sentences, too nervous about the eyes on me and my body. Frequently, I knew I had the knowledge and the critical thinking skills to speak on a subject, but I kept quiet because I knew I would sound scattered and fatigued rather than strong and articulate.

It was so frustrating to lose out on so many experiences and opportunities, and it was even more frustrating that no one seemed to notice how much it hurt me. University should be a chance to grow as a person – it should not drag you further into your bad habits. In my moments of clarity, I begged for support from the McGill Student Wellness Hub, only for my struggles to be dismissed as a normal part of the university experience. A doctor’s appointment in October 2019 concluded with me being told my weight disqualified me from getting help through the Wellness Hub for an eating disorder. My first psychiatry appointment was cancelled the morning of, and I was pressured to cancel my rescheduled appointment once secretaries learned I was on a waitlist for private care. This is not simply a case of societal pressures bleeding into an institution; McGill has completely failed to adequately help its students struggling with eating disorders. Over one million Canadians have been diagnosed with some form of an eating disorder. Statistically, eating disorders remain the most deadly group of mental illnesses, with suicidal ideation affecting 10 to 35 per cent of those diagnosed. There has been a 15.3 per cent increase in eating disorder incidences due to the COVID-19 pandemic, which psychiatric services at McGill are not equipped to handle. They are understaffed, overworked, and undertrained to handle so many students with such serious concerns. Unable to address these inadequacies, the Student Wellness Hub simply passes its struggling students off to private clinics and treatment programs at often inaccessible prices. The administration claims that through the Wellness Hub, McGill students will have access to dieticians, doctors, nurses, and psychiatrists, but most students can attest to the near impossibility of getting an appointment. After two years in a pandemic which has spotlighted personal health and wellness like never before, why has McGill not prioritized its students’ care more? Even the recently-reinstated Eating Disorder Resource and Support Centre is completely run and funded by SSMU, following McGill’s complete defunding of its own program in 2017.

After more than two years of active recovery and the privilege of private treatment, I am safer participating in campus life. Still, I have to ask, what about those of us who are not so lucky – those who cannot afford private care, who are picking up disordered eating habits, who are constantly redirected from the Wellness Hub, and who think they are the only ones struggling at McGill? Will McGill University ever put aside its business ventures and invest in its students’ mental health? I hope that if we continue to call on McGill to give more funding to the Wellness Hub and expand its mental health resources, we will be able to address the culture of disordered eating that is festering on our campus. If you don’t think you know someone with an eating disorder, start to look critically at the campus around you and talk with your friends. If you or someone you know is struggling with an eating disorder, please reach out for help. Remember that there are resources for you, virtual and local, and you do not have to feel alone in this fight.