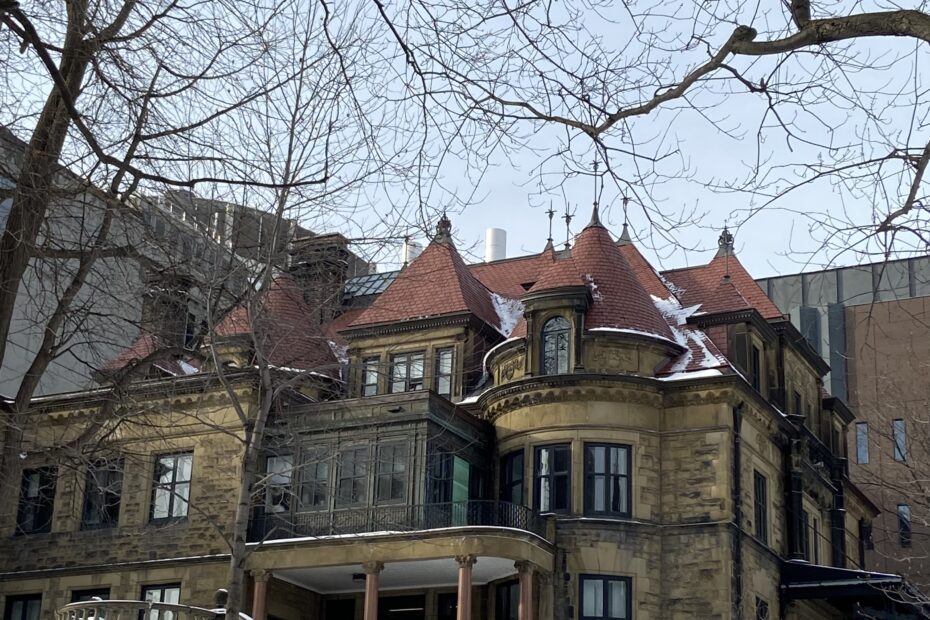 For the first time, the Black Law Students’ Association of Canada (BLSA) will survey Canadian law schools to compile a ranking of law schools for Black students. As advertised on the BLSA Twitter page, the BLSA will conduct research that looks at law schools across the country. According to Fanta Ly, a supporting committee member of the BLSA at McGill (BLSAM) and BLSA national mentorship representative, this survey will take into account the application processes, scholarships, responses to discrimination, and the experiences of Black students and faculty at each school. Ly says the rankings should be completed by the end of this summer.

In an interview with the Daily, Ly explained that “McGill is really the only educational environment that I’ve been in where anti-Black racism was so intense and so repeated that it impacted my ability to do my studies.” This has prompted her to get involved in initiatives – such as the Action Plan to Address Anti-Black Racism at McGill, BLSAM, and the national BLSA – aiming to combat anti-Black racism at McGill and at the national level.

Increasing Black representation is a goal of many of Canada’s law schools. In 2020, the University of Toronto launched the Black Future Lawyers Program, which gives Black students the opportunity to participate in job shadowing programs, workshops, and a “special application process” for prospective students, among other resources. Many Canadian law schools have established initiatives encouraging Black students to apply to their programs in recent years. Western University’s Faculty of Law now offers $1,000 packages to five Black undergraduate applicants to financially support them in the application process. In June 2021, the University of British Columbia announced that its Faculty of Law would fund the tuition of 15 Black students using $225,000 donated by various lawyers from the province.

Ly told the Daily, “For scholarships, you’ll notice that a lot of the new ones are only four years [for Black students]. For other scholarships, there is an endowment.” These endowed scholarships exist in perpetuity, providing the scholarship recipient with long-term payment – as opposed to the short-term money received for a four-year scholarship.

These initiatives will be considered as part of the BLSA’s rankings. Ly says, “Right now what we are doing is putting together all of the initiatives that were put forth last year and comparing what [the law schools] are doing. I’m reaching out to an admissions officer right now just to get an idea of what their plan is.” The rankings will serve to facilitate a national conversation to compare the actions of various law schools, according to Ly. She adds, “But [the Canadian law schools] don’t want to have [a conversation] because they’re scared of having a discussion on anything related to anti-Black racism, or they just don’t care.”

At McGill, the BLSAM and the Admissions Office team host a Law School and Diversity Information Session each fall. The goal of the session is to reach out to marginalized student groups at universities and CEGEPs in the Montreal area who might be interested in pursuing a career in law. According to McGill’s diversity and inclusion statement on the Law Faculty website, “We believe that it is essential to our excellence as an institution that our community reflect the diversity of the society our students will serve as jurists after they graduate.”

According to Ly, Black law students have informed McGill about the discrimination they have faced. Ly says, “Last fall, two students – I’m one of them – filed a complaint against McGill at the Quebec Human Rights Commission. It’s actually a common thing. McGill has gotten a lot of complaints through there because the internal process is an incredibly flawed process. I went through it myself as well last year.”

Ly adds, “As part of my complaint I tried to do a systemic argument as well. So, I met with a lot of alumni. I spoke with a lot of people. I documented testimonies. I’ve been getting numbers of the amount of students that were kicked out of the program or that dropped out.” This type of research led her to realize the value of the information she was collecting and the benefit it would serve to Black students applying to law school. This information, when included in the BLSA rankings, would also serve as a form of accountability, according to Ly.

Ly informed the Daily of an incident she faced regarding a motion on anti-Black racism she wanted to put forth as a part of her role on faculty council. Ly said, “I have the right to present a motion. I wanted to put a motion on anti-Black racism, and then the Dean refused. I called him out on it, and he tried to reintroduce it.” Ly then refused in fear of retaliation. She said, “If you call things out, there’s a big price to pay.”

Asked about anti-Black racism incidents she has faced, Ly cited the overturning of student rights as she was applying for a minor. Previously, a law student needed a 2.7 GPA to apply for a minor. However, Ly explained that approving a student’s application for a minor is now “at the discretion of the faculty. So, they changed the website and they changed the minor. But the Student Charter of Rights says that no policy can be changed retroactively [to] the detriment of the student.” This came after Ly had previously filed a complaint with McGill’s Faculty of Law concerning anti-Black racism.

McGill’s Faculty of Law faced controversy in October 2021, when Black students urged the faculty’s dean, Robert Leckey, to take accountability for his discrimination against Black students. The Twitter page @BlackAtMcGill wrote that Leckey was ignoring Black students who have “written to him reporting feeling suicidal due to the unabated harassment and discrimination they experienced at the Faculty of Law.” Leckey also ignored the threats and academic retaliation that Black students were subject to after denouncing Associate Dean Rosalie Jukier’s racist and ableist management, according to the page. The Twitter page states: “It is time for McGill’s Faculty of Law to uphold the equality principles they teach but deny Black students, and for McGill’s Equity Office to break with its usual complicit and oppressive silence and creases replicating through deceptive policy the same prejudice and biases it has been mandated to present and redress McGill-wide.”

Ly told the Daily, “Before, administrators could hide behind the fact that they weren’t aware of what [Black students] were experiencing. I remember I sent an email outlining everything I’ve experienced and then the Dean responded by saying, ‘We gave you a stipend.’” Ly posted on Twitter that Dean Leckey gave her a $13,000 stipend last summer which Leckey wrote was to “support her summer studies.” Ly wrote in her post that she wants to remind all McGill law graduates that “Dean Leckey uses your money to silence Black students. Sorry, my humanity is not for sale and this Faculty needs to stop traumatizing Black students.”

Ly hopes that the BLSA rankings will provide Black students looking to apply to law school with information she wishes she had before applying. As another goal, Ly says, “My idea is to also share [the rankings] with the Canadian Bar Association and other bodies that have some type of relationships with law schools. It could be partners, law firms, donors.”

When asked about how often the rankings will be made, Ly told the Daily, “It’s going to depend on the resources that we have, but I think that every two years would be a more feasible timeline. But at least having on [the BLSA] website something that updates students on what is happening [at each law school].”