Tribute to the Bad Girl of Rock & Roll

Remembering Ronnie Spector and the Ronettes 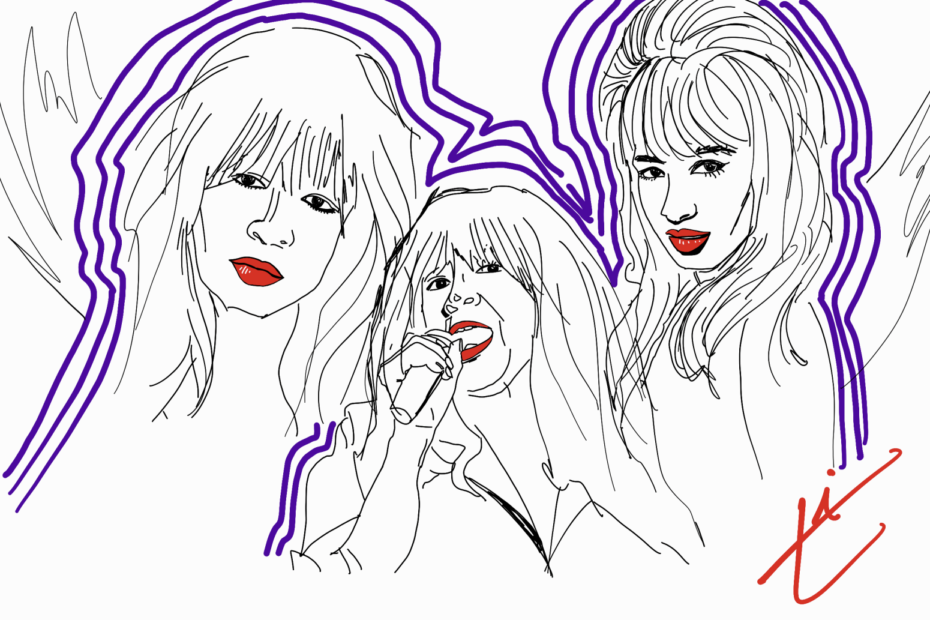 Ronnie Spector will always be the “bad girl of rock & roll.” Coming into fame as a teenager, Spector’s natural musical talent brought her a lifetime of success. Her lead vocals enraptured the world with her group, The Ronettes’ chart-topper “Be My Baby” (1963), which has since appeared in countless blockbusters. Notably, the song was played in the opening scene of Dirty Dancing (1987), a perfect introduction for a rebelliously romantic movie that mirrored Spector’s “bad girl” persona. Spector passed away in early January – upon the news of Spector’s death, the internet was fast to pay regards. Tweets and posts praised the late singer, thanking her for her powerful music and legacy. She left a mark on the music industry from the day she first performed and her indomitable spirit continues to influence countless artists across decades and genres.

From a small apartment in Spanish Harlem to a global superstar (though she would never say that about herself), Spector, born Veronica Yvette Bennett, was an inspiration from the minute her voice hit the microphone. She grew from a young girl in the 60s yelling at a hot-dog vendor for refusing service to her mother and aunt, written about in her memoir Be My Baby: How I Survived Mascara, Miniskirts and Madness, to a woman unafraid to recount harrowing moments of her young adulthood.

From the beginning of Spector’s career, her mother was one of her biggest fans. From New York to California all the way to Europe, Beatrice Bennett would travel the globe to watch her daughter perform. Bennett proved to be her best advocate when she was starting out, forcing producers to write into her contracts that she could accompany her daughter on tours to make sure she was safe and was also having a little fun.In her memoir, Spector expresses how she “[was] tired of the music business” and how her mother had to tell a … white lie… to get out of her band’s not-so-successful contract with Colpix Records and change producers Not long after this, The Ronettes signed with one of the most prominent record producers of the 60s, with whom their fame rose exponentially. Even after her  rise to fame, Spector never forgot her family and In 1963 when Spector noticed her father in the audience of a show for the first time, she says, “I was so excited to see my daddy that I nearly dropped the mike.”

Spector was working in an industry run and dominated by men. Of the most popular artists of the 60’s, the Ronettes are one of the only 15 artists who are women to make the cut. “Years ago, we were like creations of genius men. We were little Stepford singers, interchangeable, one from column A, two from column B. We were seen as employees, not artists. I can’t speak for all the girls but I always saw myself as an artist. That’s why I think I’m still alive – to say we girls have to stick up for ourselves,” Spector says to The Telegraph Reporter Hermione Hoby in a 2014 interview. Nonetheless, The Rolling Stones opened for The Ronettes for the latter’s Great Britain debut. Spector entered the tour with a hesitation that proved completely unfounded. Unsurprisingly, the group received a standing ovation following every performance and went on to tour with the Beatles.  Following The Ronettes’  separation, Spector went on to work with Eddie Money, George Harrison, Bruce Springsteen, Billy Joel, and more. “You were great,” John Lennon said to Ronnie Spector the first time he met her, “just fuckin’ great.”

Spector was a domestic abuse survivor, reflecting on her abusive relationship with ex-producer and ex-husband Phil Spector in her memoir. She writes, “I can only say that when I left in the early ’70s, I knew that if I didn’t leave at that time, I was going to die there.”

Spector was known for prominent hairstyles and fun, flashy outfits inspired by street life in Spanish Harlem. In an interview with Vogue she stated, “I’d see these girls with their eyeliner and teased hair, and the black girls – the way they walked and held their cigarettes. It was like, ‘Wow, that’s what I want to look like!’ So the three of us went on stage like that. Because of this, she was dubbed bad-girl “Ronnie Ronette.” In this case, “bad-girl” had the ultimate positive connotation. She was idolized  for her bold eye makeup and iconic beehive hairstyle – which she was rarely seen without. The cat-eye eyeliner trend popular through the 60s and 70s is primarily credited towards Spector.

Ms. Ronnie Spector was unafraid. Unafraid to sing on stage in front of thousands of screaming fans. She loved the rush that came with performing live for innumerable screaming fans. And continued to for six whole decades. Spector continued to pursue her musical career even at the age of 76, releasing her most recent album, “English Heart,” in 2017, and playing Christmas shows with the other Ronettes in 2019. “Retirement isn’t my thing,” Spector told Wall Street Journal reporters in 2019, “when it’s time to hang up my shoes, I’ll know it.”