‘PEN15’ is an Ode to Teenage Awkwardness 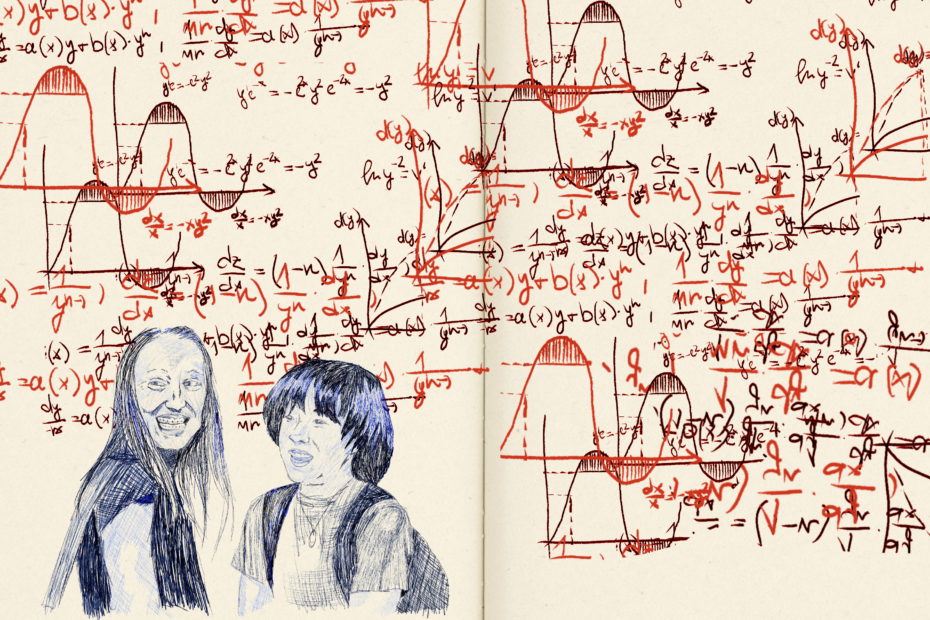 PEN15 (2019) is a show that finds hilarity in the absurdity of adolescent life. The show’s title itself points to a type of juvenile humour that circulates the halls of public schools in the form of graffitied textbooks and inscriptions carved into locker doors. The Emmy-nominated comedy chronicles the lives of two middle school girls as they navigate social life in the early 2000s. Through the eyes of its protagonists, the show confronts the awkward behaviour of two insecure teens trying to prove their independence and gain popularity. Its retelling of middle school life is made all the more humorous thanks to the show’s absurd casting choices. Maya Erskine and Anna Konkle play Maya and Anna, the thirteen-year-old protagonists; while the rest of the characters, including their teen classmates, are cast true to age, Erskine and Konkle are in their thirties. The release of PEN15’s third and final installment in December 2021 offers a surprise to returning fans – a shift away from comedy.

This is not to say that the show abandons its humour entirely. From Anna’s pet hamster curiously named “Daddy” to Maya’s nonsensical attempts at translating her Japanese family friend, PEN15 remains funny, but it abandons many of its previous installments’ naive hijinks for a more serious tone. This is reflected in the type of subject matter the show tackles. This season, the girls grapple with loss in the wake of Anna’s grandmother’s death and their participation in a Walk for Cancer. In the episode “Bat Mitzvah,” Maya reconciles with the classism she experiences from wealthier peers. The show shines a particular focus on Maya’s experiences with racism and her identity as a multiracial, second-generation Japanese immigrant in the episode “Shadow.” One of the most grim storylines that takes place over the course of the installment is the girls’ forming romantic relationships with high school boys. Though both begin their relationships excited to date, their unrealistic expectations of love are soon challenged by uncaring partners and uncomfortable – if not exploitative – formative sexual experiences.

One might expect that this tonal shift could spell disaster for a comedy series, but in this case it allows PEN15 to portray its themes of maturity and adolescence in an authentic and thoughtful way. Each of the situations Maya and Anna face shake their worldviews in daunting ways, forcing them to adopt new perspectives on life, love, and their own identities. Without these profound changes, the characters would lack the emotional growth that comes with a loss of innocence.

A more comedic take would have also cheapened the sobering moments of the show that ground it in reality. Even in previous installments, as hilarious as PEN15 makes puberty appear, humour stemmed from the awkward insecurities of the protagonists and their desperation to fit in and understand themselves. These are traits that make middle school harrowing, not amusing.

Embracing the ugliness of adolescence allows the show to remain committed to a realistic portrayal of adolescence, a rare treat for audiences today. Other shows that explore teenage trauma, like Euphoria, write real problems into extravagant storylines to increase the drama and intrigue. While it may make for gripping television, this exaggeration turns problems many teens might otherwise be able to relate to into fiction. In an age when the teenage experience is often glamorized, PEN15’s commitment to portraying puberty for all its temper tantrums, bad haircuts, and general insecurity makes it uniquely relatable and stirring.

Though there is a comfort in returning to a new chapter of a beloved show and finding it unchanged from previous episodes, the shift in tone of PEN15’s final installment is a smart and effective one. The show’s ability to offer entertaining and enthralling episodes, despite cutting back on its trademark comedic moments, is a testament to the strength of its storytelling. Though PEN15 will be deeply missed, its creators can pride themselves on creating an unexpected but remarkable final installment.