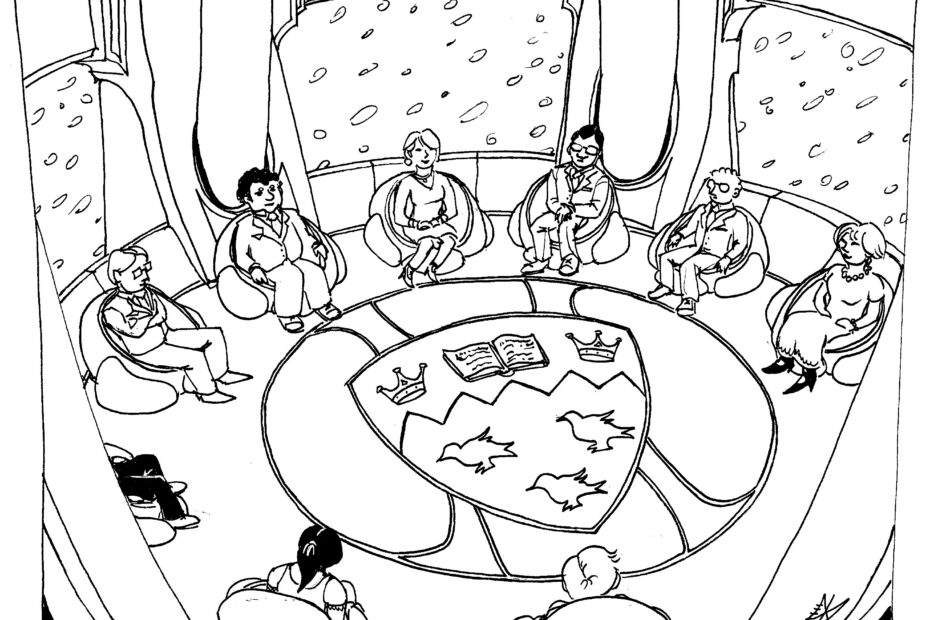 On February 16, the McGill Senate held its seventh meeting of the current governance year.

Principal Suzanne Fortier started with remarks on the subject of campus updates, government relations, and community relations. She referenced Quebec’s plan to lift most COVID-19 restrictions by March 14, explaining that the university community will soon be receiving correspondence as to how this will take effect at McGill. She claimed that since McGill’s resumption of in-person activities on January 24, “we have not been informed of any significant outbreaks in our classrooms or in our research activities.” She continued to say that decision-making related to COVID-19 guidelines has been transferred from the Emergency Operations Center to the Operations Resumption Committee for the foreseeable future. At the municipal level, Fortier claimed that Montreal mayor Valerie Plante has been very supportive of the university – specifically of the university’s initiatives regarding the New Vic Project and the Fiat Lux library renovations. At the federal level, Fortier explained that Marc Miller, Minister of Crown Indigenous Relations, has also expressed support for the New Vic project. Despite backlash from the Montreal community in regard to the project, Fortier claimed that Miller is “very supportive of the New Vic Project, and will help us, serving as a champion in Ottawa.” Fortier stated that the university started decontamination work on the Royal Victoria site the week of January 24.

Next, Christopher Buddle and Angela Campbell, the co-chairs of the Ad Hoc Advisory Committee of Senate on COVID Academic Planning and Policies, presented the committee’s report. Campbell reported that since the January 24 senate meeting, the Ad Hoc Advisory Committee has discussed at length the questions of 1) accommodations for students and instructors who have to miss class on account of issues related to COVID-19, and 2) whether to require instructors to offer recordings of lectures and provide online synchronous participation for students who are not physically in the classroom, and how to implement such a requirement. In a January 31 memo sent to Provost Christopher Manfredi, the committee recommended that, for this term, instructors should continue to provide accommodations for students who are not able to attend class due to COVID-19. At the same time, however, “there could be no mandatory or required recording or online synchronous participation for a range of important reasons,” per Campbell. The committee also stressed that there would be cases where it would not be possible to have accommodations in the form of recordings or online synchronous participation on account of the particularities of the class or the learning activity in question. The Provost accepted the advice the same day the memo was received and subsequently communicated it to the faculties, who were asked to pass along the information to all faculty, staff, and students. Campbell stressed that this memo only pertains to the Winter 2022 term and that it “has provided greater reassurances to all members of the community about where things stand for this term.”

Buddle then transitioned to an open discussion, seeking input and feedback from senate members in regards to the committee’s new mandates. He asked, 1) “Are there any particular signals or points of concern that should be on the minds of the ad hoc committee between now and the end of term?,” 2) “What measures in place pursuant to the ad hoc committee ought Senate to recommend through a more long-term lens?,” and 3) “What are the views [on the trend of] a move away from centrally administered final examinations as a mode of student assessment?” The Senate was then split into nine breakout sessions, reconvening after 15 minutes for group discussion.

After hearing feedback from each breakout group, Buddle remarked that the idea of gathering more data on aspects of assessment would be feasible in collaboration with Teaching and Learning Services. He commented that “it’ll be interesting to think about as an institution how we think of especially those very traditional gymnasium style final exams […] I liked the thought of thinking about multiple modes of assessment and having some parameters but also some flexibility.” He then acknowledged concerns regarding updating the university’s classroom technology to enhance remote learning, and how that is something in discussion in the Ad Hoc Advisory Committee. Buddle continued to comment on COVID-19 accommodations mentioned: “elements of those are things to consider more long term as well, but there’s always trade-offs when we talk about accommodations, and it puts additional strain on other parts of the system.” Finally, Buddle discussed the point made about COVID-19 regulations and compliance, and referenced a video made by the committee regarding managing aspects of compliance with masks as a community member in ways that aren’t confrontational. He concluded by urging Senate members to send further feedback to the Ad Hoc co-chairs or to the Secretary-General, so they may return to the next senate meeting with a follow-up.

Next, Senator Manfredi presented a report from the Senate Nominating Committee containing three items requiring the senate’s approval: 1) a set of appointments to the McGill Equity Diversity and Inclusion Committee and the senate committee on Physical development, 2) proposed appointments to statutory selection committees and university tenure committees, and 3) a proposal for the election of senate representatives to serve on the advisory committee for the selection of the principal and vice chancellor. All three motions passed, concluding Manfredi’s report.

Professor Patricia Faison Hewlin then presented a report from the Office of the Ombudsperson for Students, which provides dispute resolution services to students, faculty, and staff. She highlighted that the overall number of concerns raised by students increased by 45 per cent; the categories that experienced the highest increase were academics, finance, and discrimination. Hewlin expressed that power dynamics often inhibit students from expressing their concerns due to fears of reprisal, offending the professor, or being considered a troublemaker – “the majority of students that come to my office are concerned about raising concerns.” She stressed the importance of creating policies that promote safe disclosure. She concluded by urging senate members to “take the time and evaluate issues that come to your office […] in a way that they’re not viewed as one-offs […] because when that occurs, sometimes those issues [don’t] go beyond to really evaluating the unit’s role.”